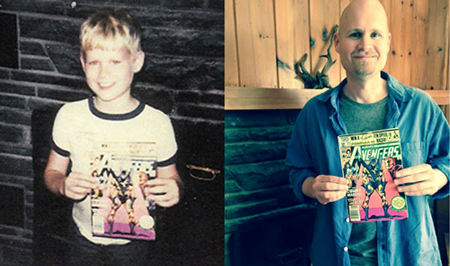 Rob Kelly is an award-winning writer, illustrator, and pop culture historian. He was the creator/editor of the book HEY KIDS, COMICS!: TRUE-LIFE TALES FROM THE SPINNER RACK, and writes the Reel Retro Cinema column for 13ThDimension.com. He is the host of FADE OUT, M*A*S*HCAST, TREASURYCAST, and POD DYLAN, among other shows, and co-hosts WHO'S WHO'S: THE DEFINITIVE PODCAST OF THE DC UNIVERSE with The Irredeemable Shag and SUPERMAN MOVIE MINUTE with Chris Franklin. 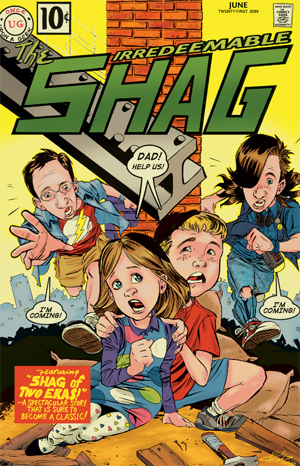 By day, The Irredeemable Shag plays the part of a wealthy industrialist, playboy, and philanthropist. By night, he is a frightening creature that strikes terror into the hearts of criminals!
... or ...
maybe The Irredeemable Shag managed a comic book store for four years, and a movie theater megaplex for three years. Nowadays he's just a really vocal geek on the interwebs. He co-hosts THE FIRE AND WATER PODCAST, THE HERO POINTS PODCAST, and WHO'S WHO: THE DEFINITIVE PODCAST OF THE DC UNIVERSE. He is the host of JUSTICE LEAGUE INTERNATIONAL: BWAH-HA-HA PODCAST and webmaster of the FIRESTORM FAN website.
You decide... 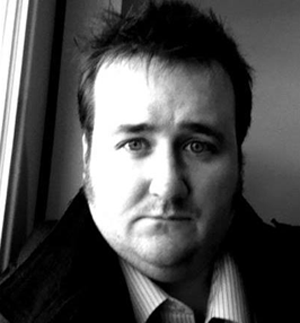 Ryan Daly is the host of CHEERS CAST, and occasionally FIRE AND WATER RECORDS, GIVE ME THOSE STAR WARS, and BATMAN KNIGHTCAST. Former podcasts that he hosted include THE SECRET ORIGINS PODCAST, POWER OF FISHNETS, and MIDNIGHT: THE PODCASTING HOUR. He always ends up hating the subject of his podcasts. 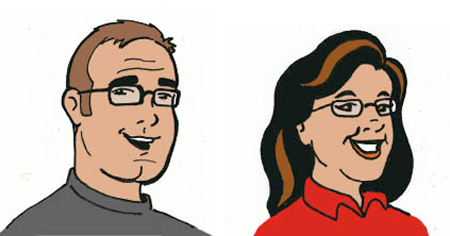 Although no medical records can be found to substantiate this claim, legend has it Chris Franklin was born with a comic book in his hand. Or maybe it was a Mego action figure? His infatuation with drawing his favorite characters began nearly as early, and he channeled that into first a study, and then a career in art. While in high school he met a girl named Cindy, who did not judge him by his geekiness, but instead embraced it, and the two were soon inseparable, and sometime thereafter, married.

Chris’ art path steered him into a career in graphic design, although he has dabbled in independent comic and toy package design, as well as writing articles for Back Issue magazine.  He found a new outlet for his fandom when Rob Kelly called upon him to guest on an early Power Records episode of the Fire and Water Podcast. Bitten by the podcasting bug, he became Rob’s permanent co-host on the subsequent Power Records Podcast. But that wasn’t enough, so he coerced his long-suffering, but completely understanding wife Cindy into producing the Super Mates Podcast, where they continue to apply a matrimonial approach to any number of genre topics, in between raising their wonderful (and equally geeky) kids.

If her husband-to-be Chris was born with a comic in his hand, then surely Cindy came complete with a book…of ANY kind! A voracious reader from the start, Cindy has never discriminated on any literary subject, from children’s books to sci-fi, fantasy and horror fiction.  It was this love of books that led Cindy to pick up a comic at Chris’ parents’ house, and thus Cupid’s arrow was fired.

With this, Cindy went from a casual comic reader to a full-blown fan. Her passion for the DC animated universe launched by Bruce Timm may be even greater than her husband’s!  She also picked up Chris’ toy habit, channeling into a staggering doll collection, that takes up the OTHER half of their house. Her love of books and kids led to her career as a children’s librarian. Hey, Batgirl was a librarian! When not mothering her kids, Cindy can be heard on the Super Mates Podcast, where despite the voluminous notes her husband forces her to read for every show, she provides some much needed snark and logic to the genre topics we blindly love. 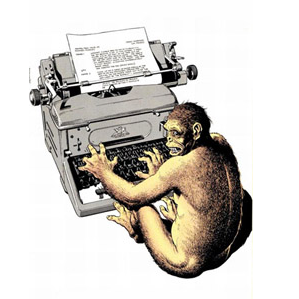 The prolific French-Canadian blogger known only as Siskoid hosts a number of shows, juggling a large cast of friends from his corner of the world and elsewhere. Somehow, hosting and editing several shows hasn't kept him from his writing duties at Siskoid's Blog of Geekery or the Legion of Super-Bloggers. He co-hosts (though he prefers the term "wrangles") the LONELY HEARTS ROMANCE COMICS PODCAST, FIRST STRIKE: THE INVASION! PODCAST, oHOTmu OR NOT?, Gimme That Star Trek, FW Team-Up, and occasionally, the HERO POINTS PODCAST. With what's left of his time, he sleeps... unless he has to lend his voice to one of the Network's other shows. 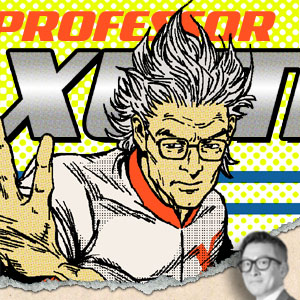 Xum Yukinori’s comic book credentials included over four decades of fandom, four years of labour as a background illustrator in a Hong Kong manhua studio, and a two-hundred-plus-week stint as a somewhat-regular artist for Comic Book Resources’ fan art feature, “The Line It Is Drawn.” From his humble submissions of faux “Xum’s Who” entries for WHO’S WHO: THE DEFINITIVE PODCAST OF THE DC UNIVERSE, to his guest appearances on FIRE AND WATER, FILM AND WATER, and POD DYLAN, the overly kind Fire and Water Podcast Network decided to take a chance on this aspiring podcaster and his new series, THE DONE-IN-ONE WONDERS PODCAST WONDER SHOW.

Xum passed away in late 2019, but his voice—and his spirit—live on across the network. 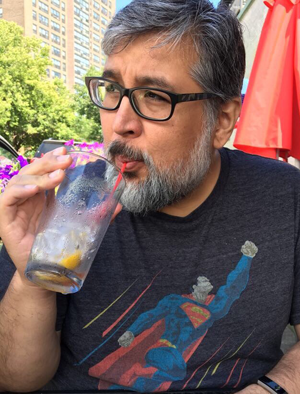 Max Romero came to comic book fandom through an alchemical mix of Spider-Man cartoons and Superman: The Movie, but mostly by spending countless hours as a kid sitting in his aunt’s bookstore reading Bronze Age comics and eating cookies. He’s loved comics ever since (and cookies). He’s a former professional journalist, and today continues to work as a freelance copy editor and writer. Max — a longtime fan of Plastic Man — is the host of PLASTICAST, and the writer and curator of the blog Eeyow, It’s Plastic Man! He’s also the writer of the tragically neglected blog Great Caesar’s Post!, where he spent an inordinate amount of time talking about the Human Fly. 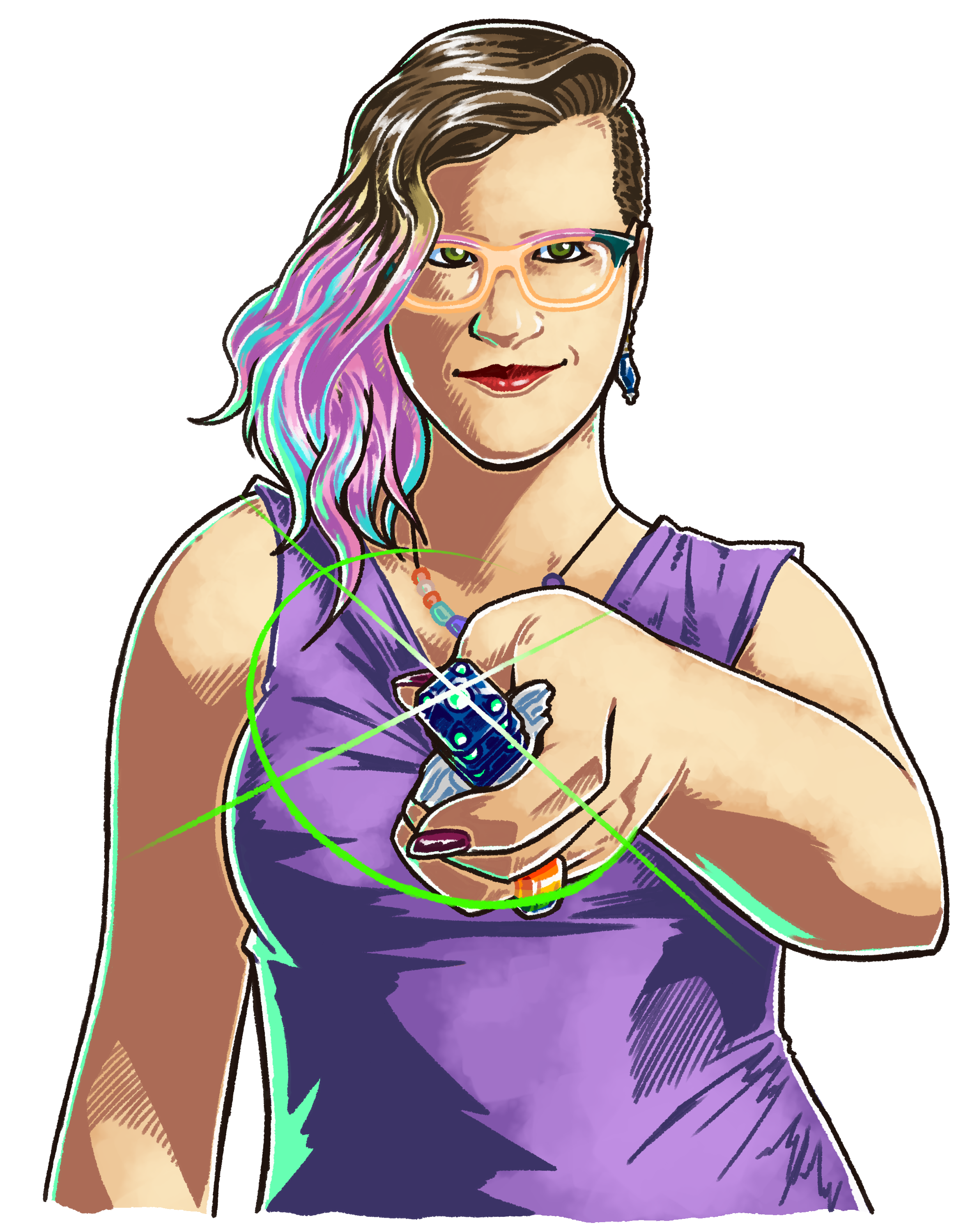 Vera Wylde had the privilege of being raised on Star Wars and Ghostbusters as a child and then the misfortune to get into comic books as a pre-teen during the 90s. This cranky before their time ranter on all things geek finds their joy in Doctor Who, animated films, and their still functioning Super Nintendo Entertainment System. On the Fire and Water Network they co-host Tough Like A Girl and guests on other shows whenever they get sufficient blackmail material on any given host. Their other rambling works can be found under the moniker Council of Geeks, which boasts a podcast feed and YouTube Channel under that name. 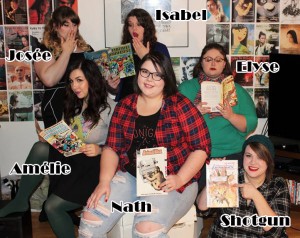 The cadre of women who, month in, month out, judge Marvel Comics characters as to their looks and dateability on oHOTmu OR NOT?, they are: Josée AKA Art-Girl, sisters Isabel and Nath (from YouTube's Mind Linked), our native divorcée Elyse, beauty guru Amélie (YouTube's AmyUltraviolet), and the Legion of Super-Bloggers' Shotgun. Maybe now you'll be able to tell which is which! 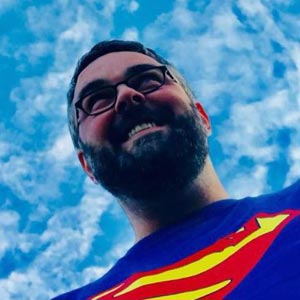 Bass Levesque is a French Canadian screenwriter, comedian, and radio personality who lives inside the phantom zone and comes out to co-host Zero Hour Strikes! A part of the Fire And Water Podcast Network family since…when did this guy come in?...who…who let him in…who ate all the cake?!

Anywho…Bass Levesque…likes comics and movies and has a weird French Canadian accent. 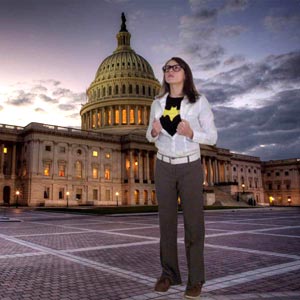 Stella loves classics in every sense of the word, whether it be classical languages like Latin, classical literature like "Jane Eyre", or classic heroes like Batgirl and Spider-Man. Her inaugural self-produced podcast BATGIRL TO ORACLE: THE BARBARA GORDON PODCAST began in 2010, and is still following Babs' life in the comics (#DickandBabs4eva). Along the way, Stella picked up some riff-raff named Tom Panarese and started a podcast with him called REQUIRED READING WITH TOM AND STELLA. She's just a teacher on a short hiatus who loves moose, is constantly betrayed, and will stand by her opinion that "Batman and Robin" is the best Batman film ever! 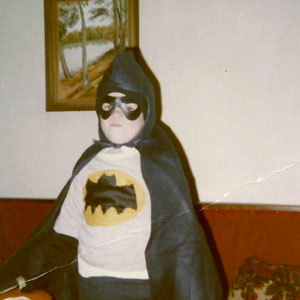 Deeply traumatized as a child from a fall into a cave full of bats, Paul Kien turned to comics as a refuge. After attending college in Ivy Town, Paul traveled the world to study with the great comic masters in Hub City, Nanda Parbat, and Metropolis, but ultimately settled in Gotham City, NJ.  There he has assembled a group of relatives created from the Cosmic Legends of the Universe by teaching his three kids the nuances of the DC Universe and requiring his sister and sister-in-law to marry fellow comic fans. He recently discovered a long-lost Bat-Cousin, Shawn M. Myers, and they decided to co-host the BATMAN FAMILY REUNION as a testament to their love of this bronze age classic. 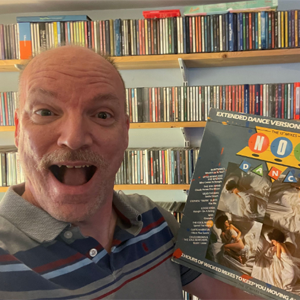 Shawn M. Myers is a great enthusiast of all things pop culture, books, movies, music, podcasts and more and is thrilled to be cohosting the Batman Family Reunion podcast with his “Bat-Cousin”, Paul Kein.

Shawn grew up with Super Friends, Spider-Man And His Amazing Friends, and Batman ‘66 (in syndication, thank you!). Shawn adores his complete DC Digest collection and loves Kylie Minogue, Hitchcock, Deadman, Pet Shop Boys, the ‘Tales Of The City’ novels, the MCU, The Golden Age Flash, Disney, the NOW That’s What I Call Music compilations from the UK, Christmas music, and the MGM Musicals (and has an unending crush on Gene Kelly).

He loves to talk about superheroes with his six grandsons.

Batman Family Reunion #10 – The Return of Batwoman! And the SECOND Boy Wonder???

Who's Hot and Who's Not? Ep.8: Baron Blitzkrieg to Batgirl

Who's Hot and Who's Not Ep.8 Supplemental