Images for THE FIRE AND WATER PODCAST Episode 169! Click each image to enlarge! Leave your comments over on the podcast post by clicking here!

Cover with Superman and Captain Marvel Shazam by Rich Buckler and Dick Giordano! 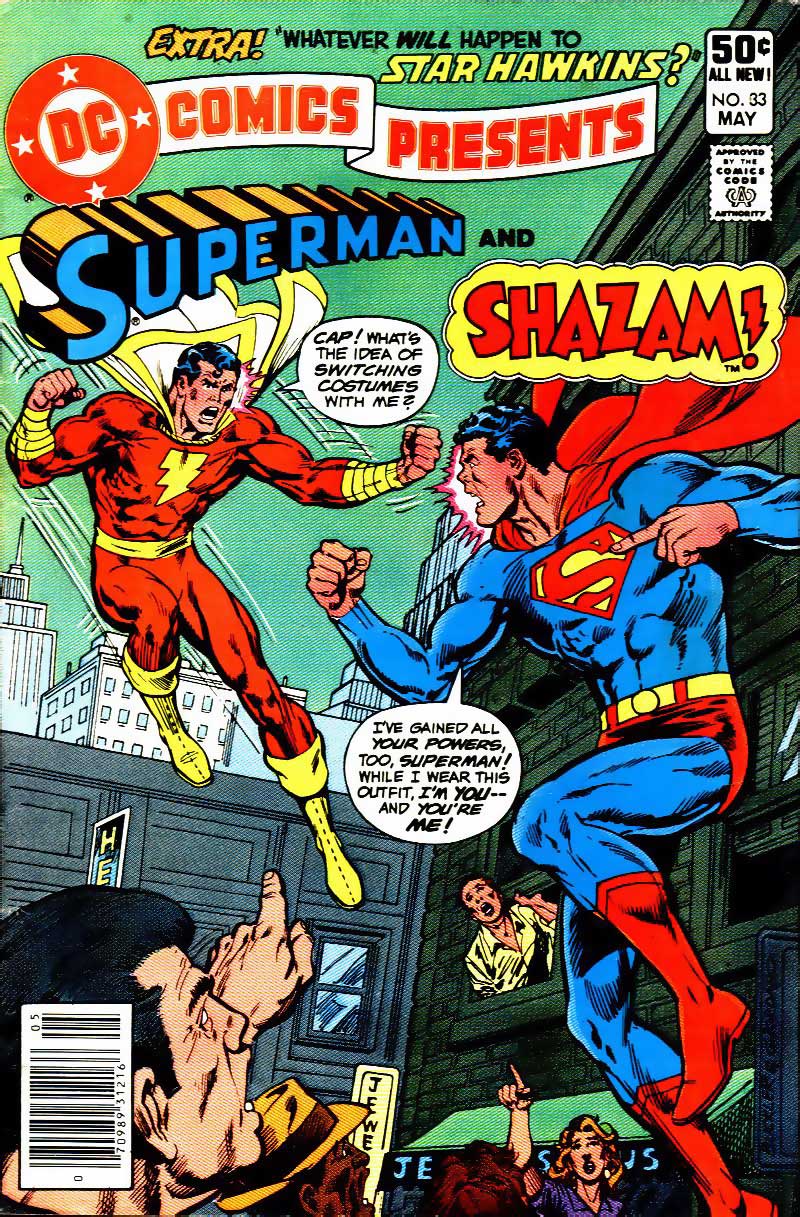 Everything you need to know in one panel! That's how you do a comic, folks! 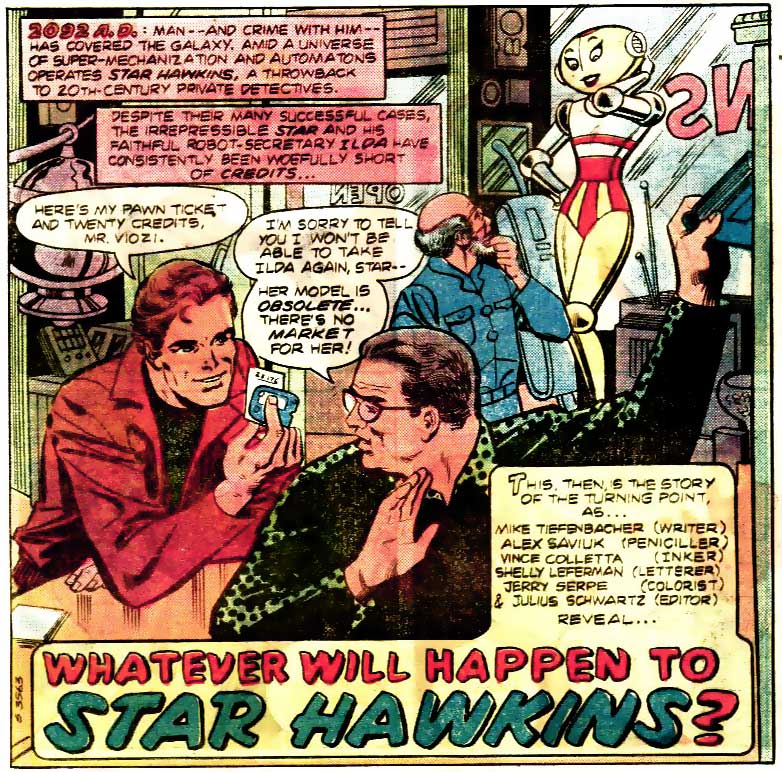 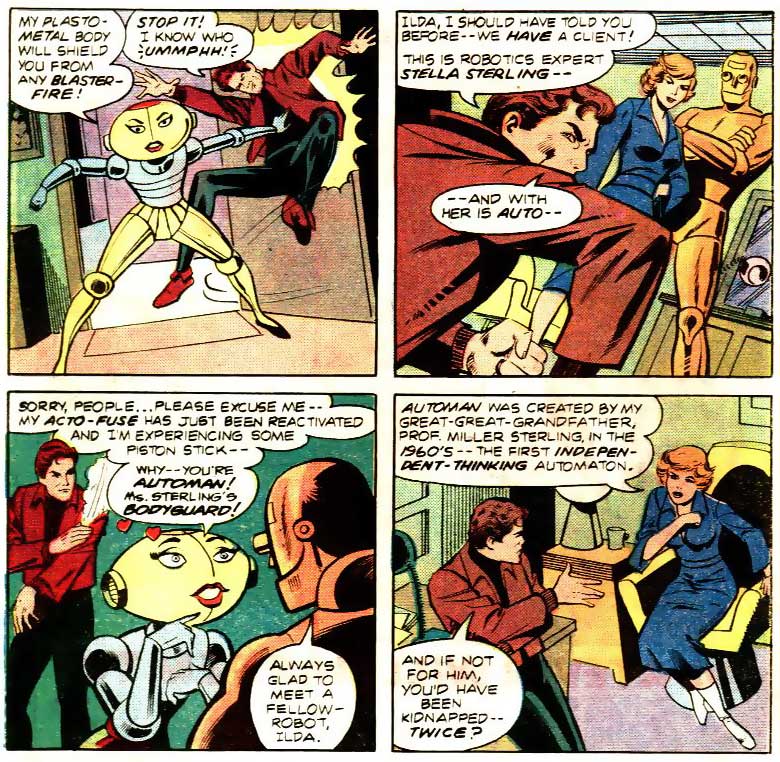 Star Hawkins is about to make his move on Stella Sterling! Too bad his security isn't quite up to snuff. But this lady can take care of herself! 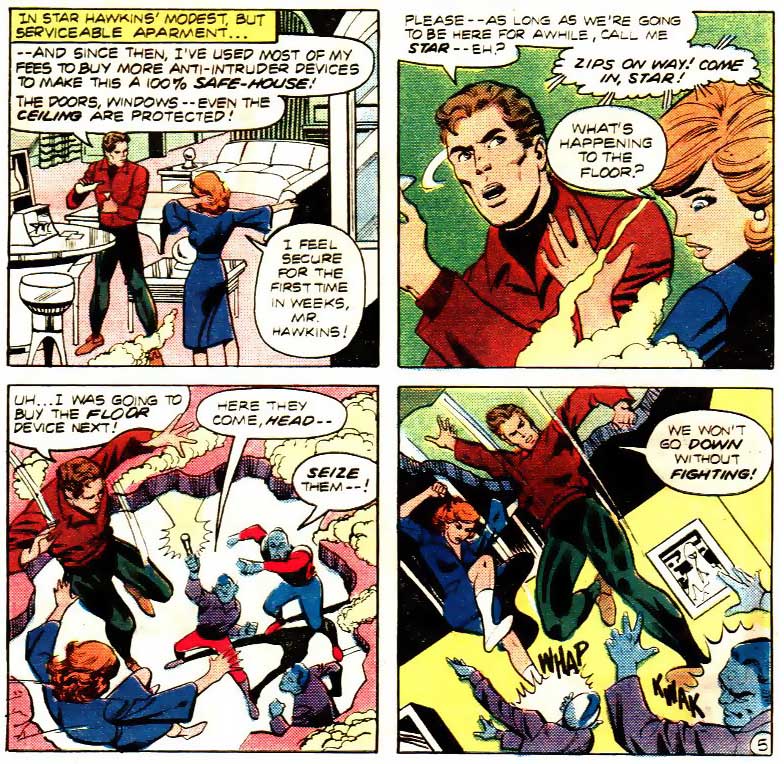 Julie Schwartz pays a visit to the future, and Ilda earns robots the right to marry! 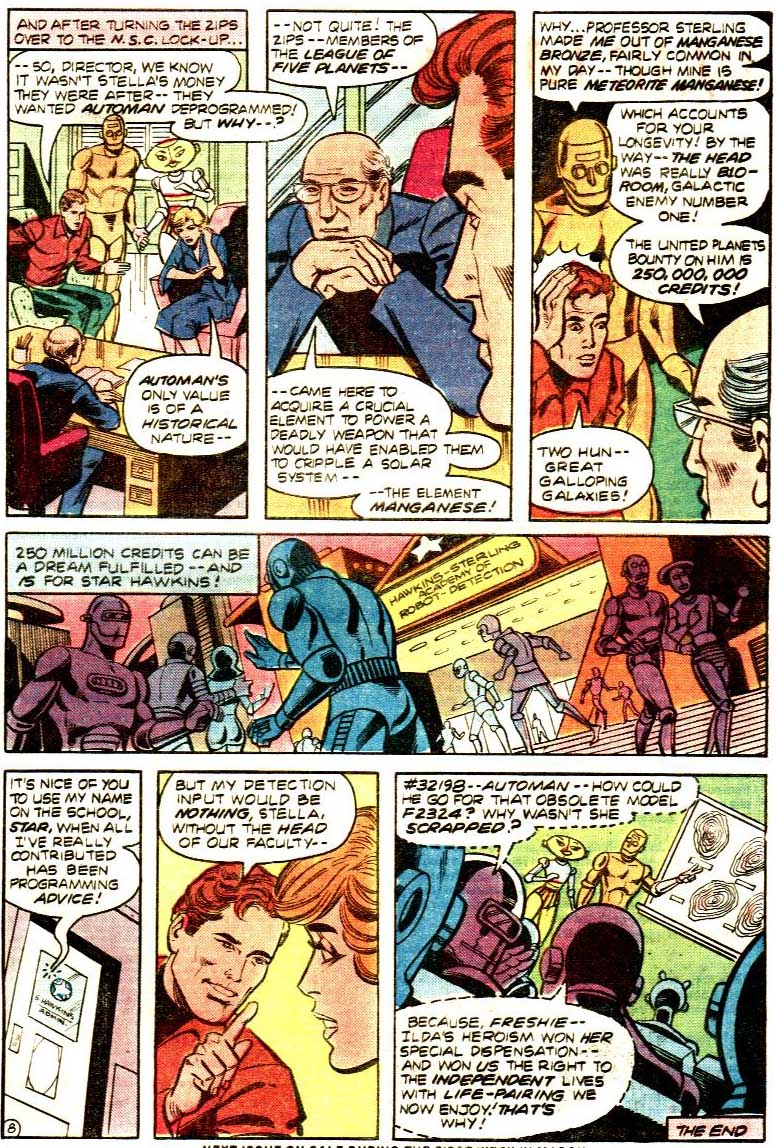 On the episode we discuss the glamorizing of Star Hawkin's robot secretary Ilda. Here are two panels comparing her appearance from August 1960 to November 1965. There were definitely some efforts here to make her more attractive. 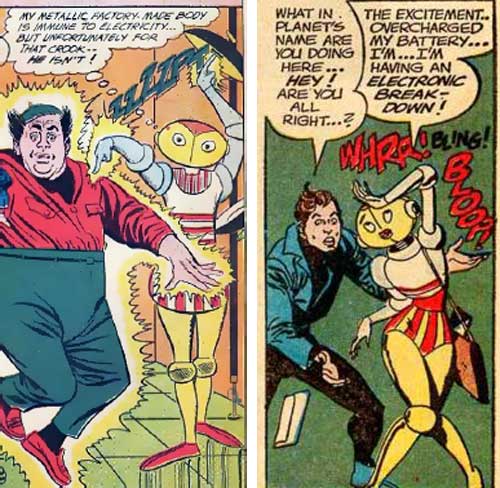 Cover with Superman and Man-Bat by Ross Andru and Dick Giordano! 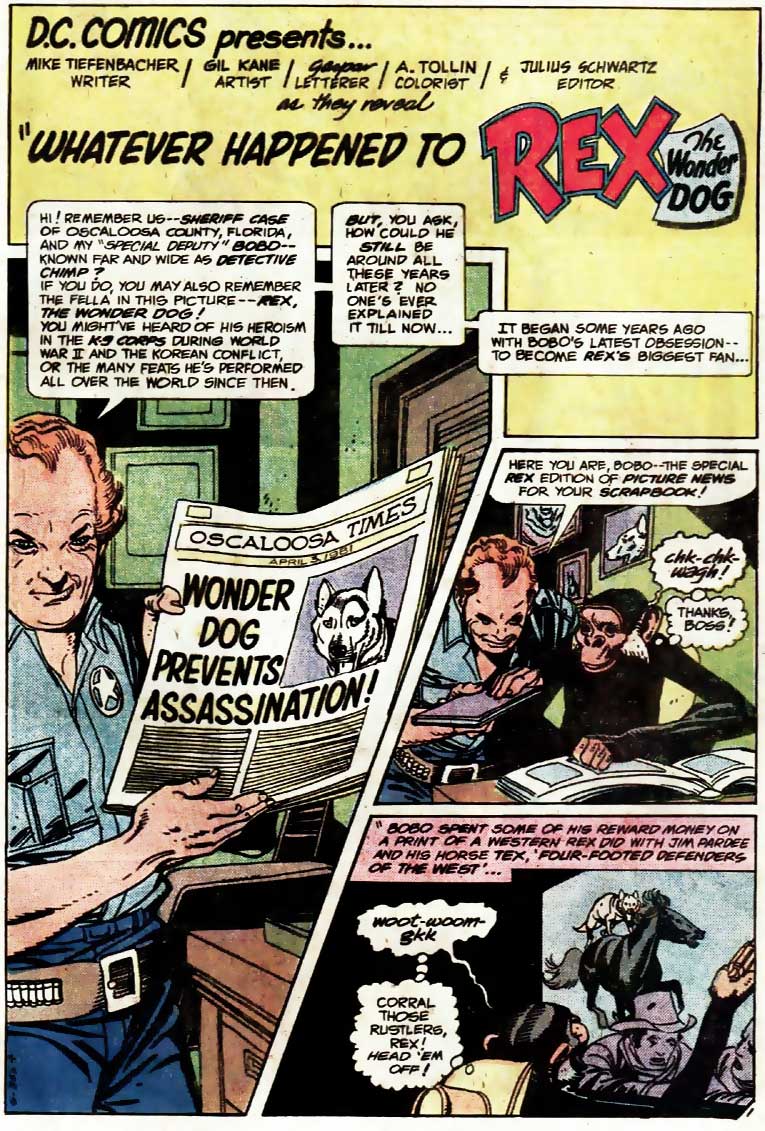 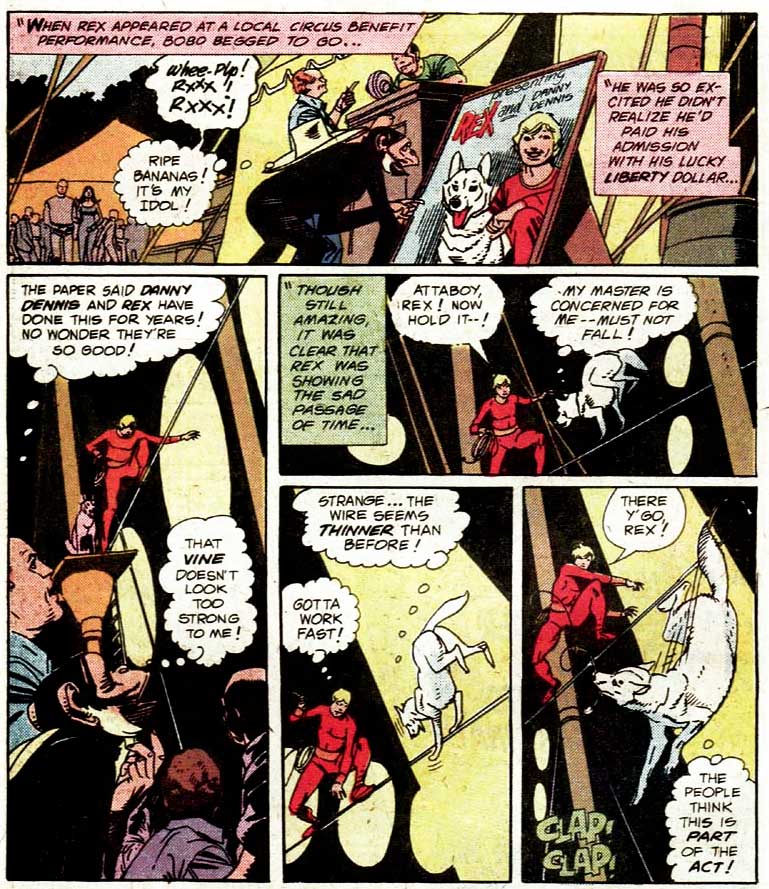 The scent of evil! 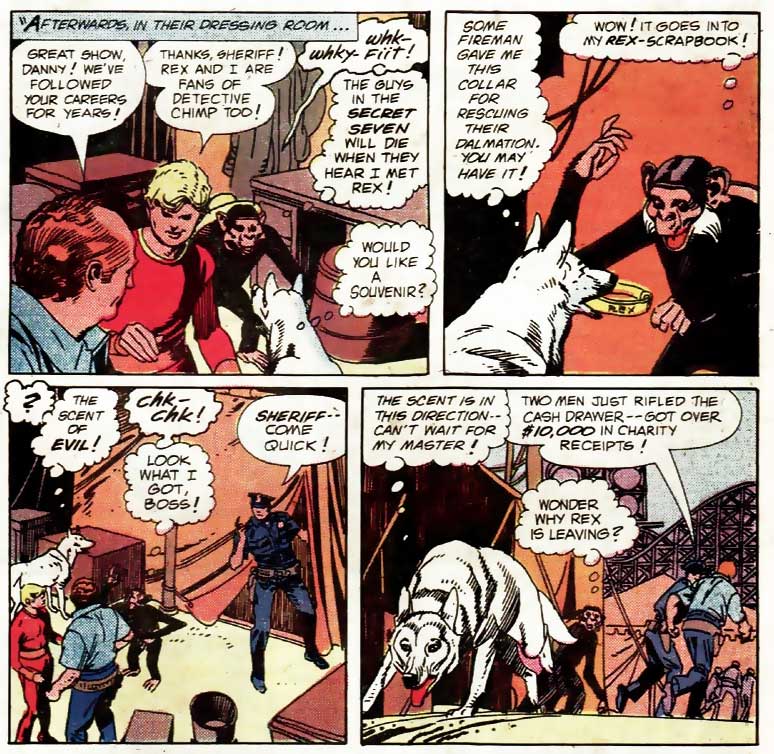 One of my old tricks -- but it usually works! 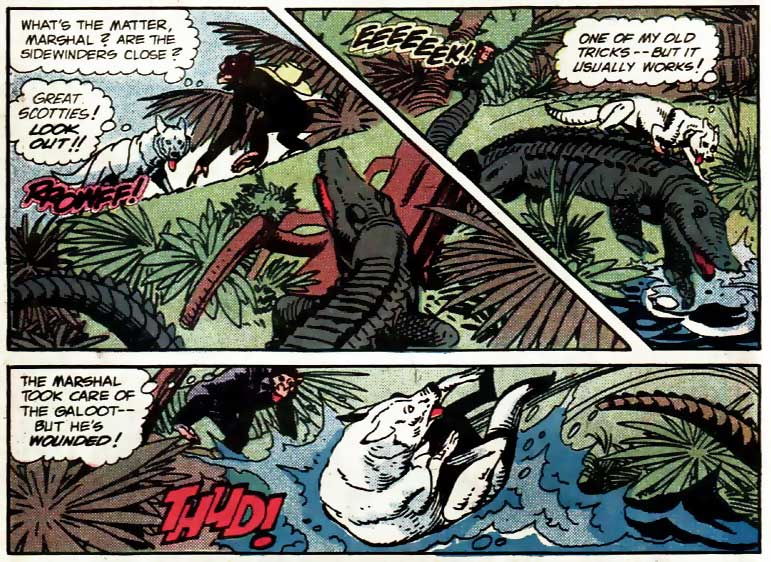 The Marshal hates Bing-Bang Sticks as much as Deputy Chimp! ... and of course Bobo is driving the boat. 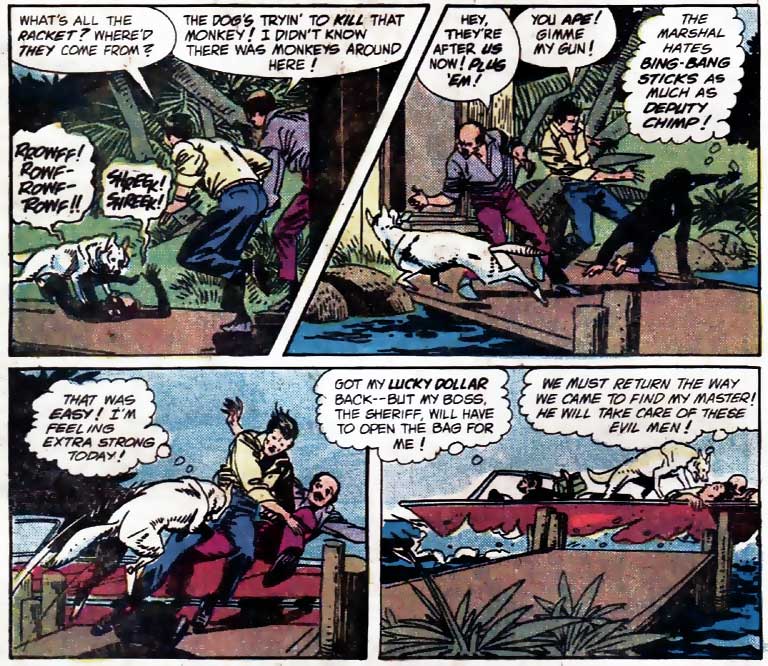 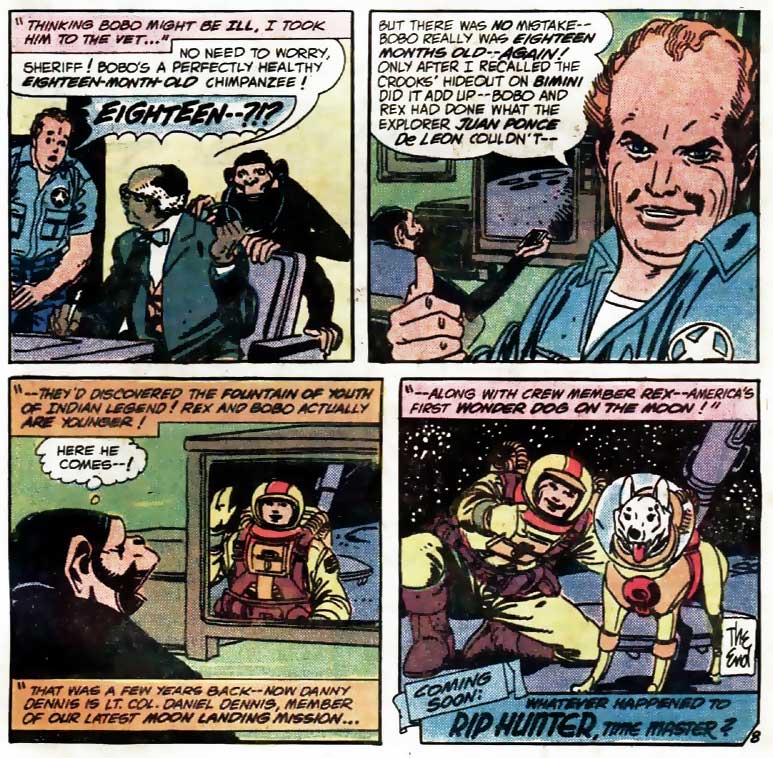