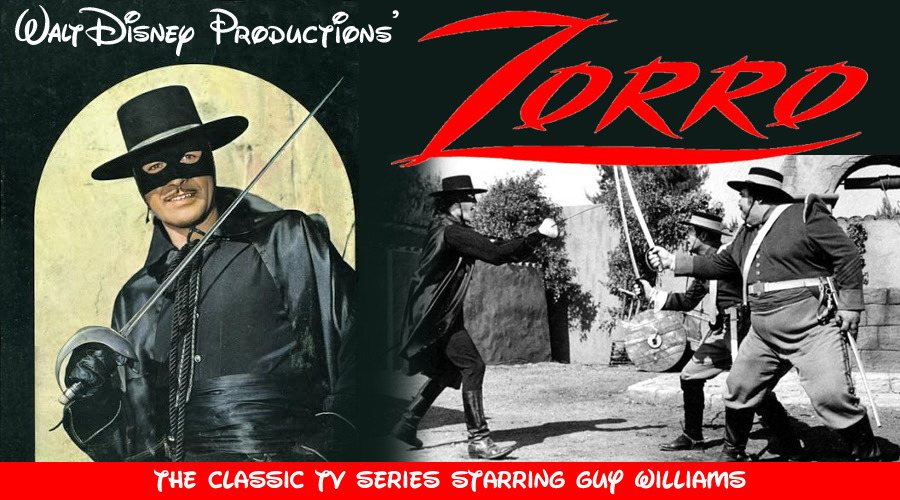 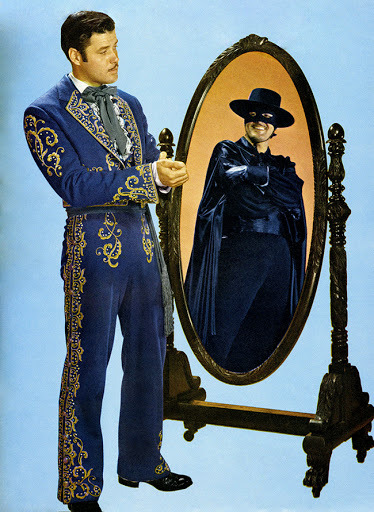 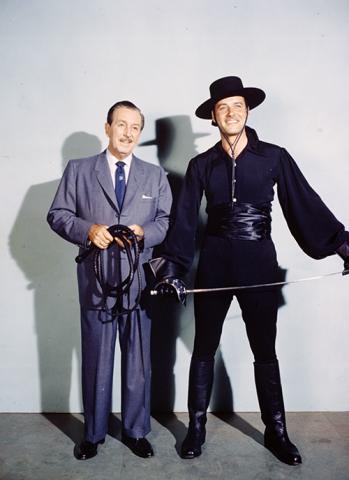 Uncle Walt and SOME Guy! 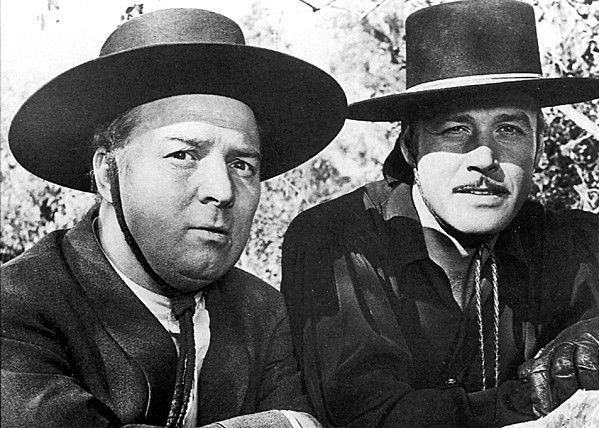 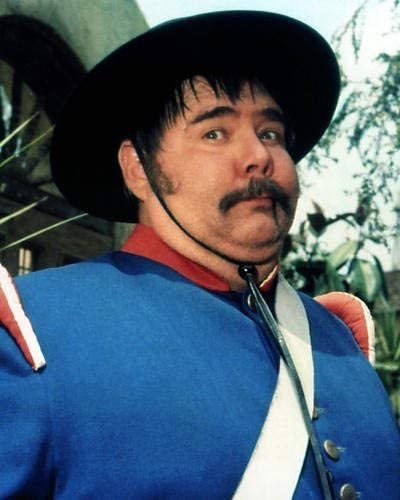 Henry Calvin as the big-hearted (but not big-brained) Sgt. Garcia. 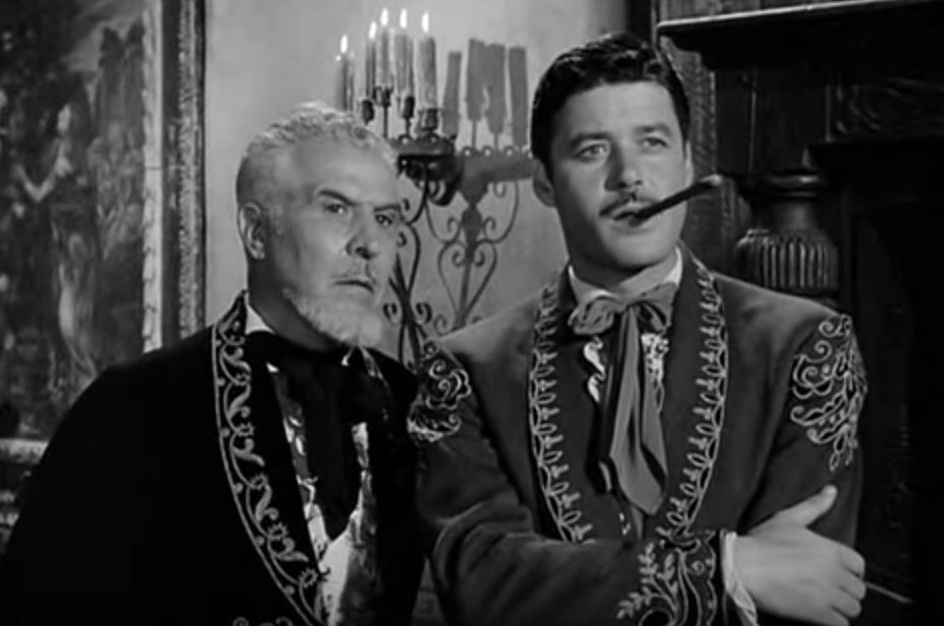 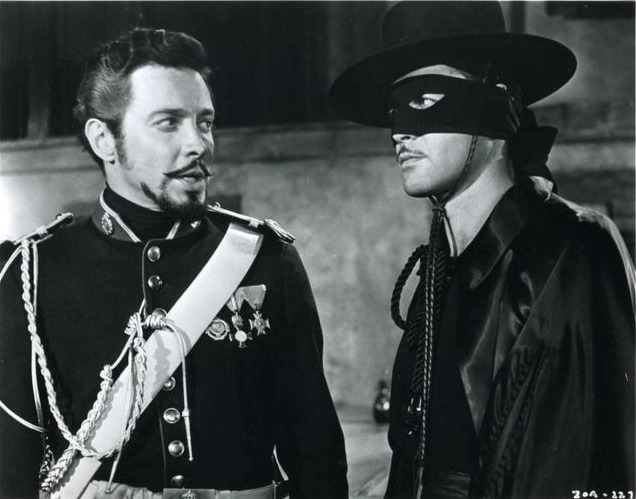 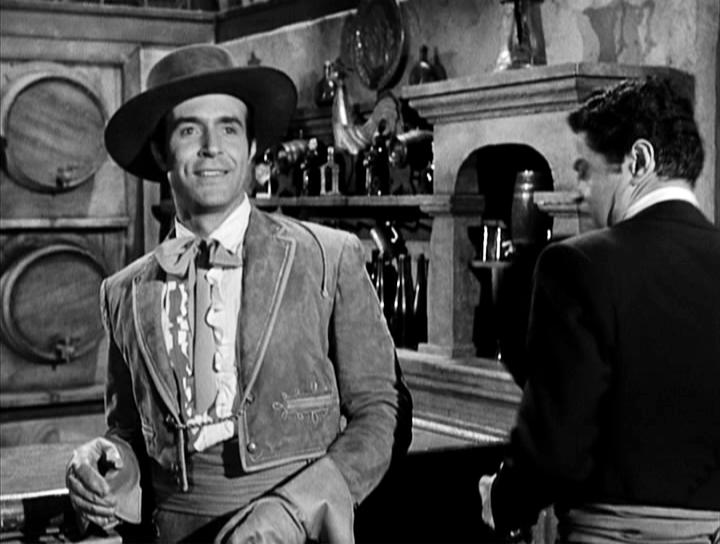 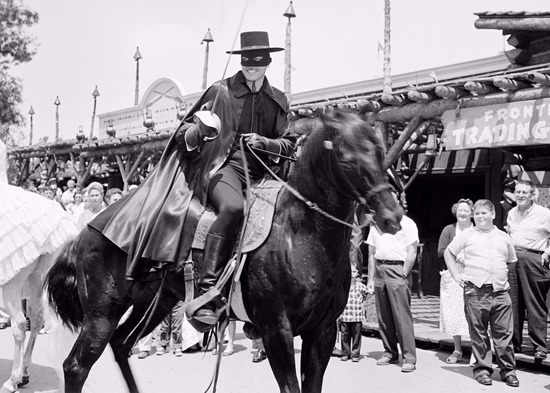 The stars of Zorro entertained throngs of folks at Disneyland with an awesome stunt show and parade! 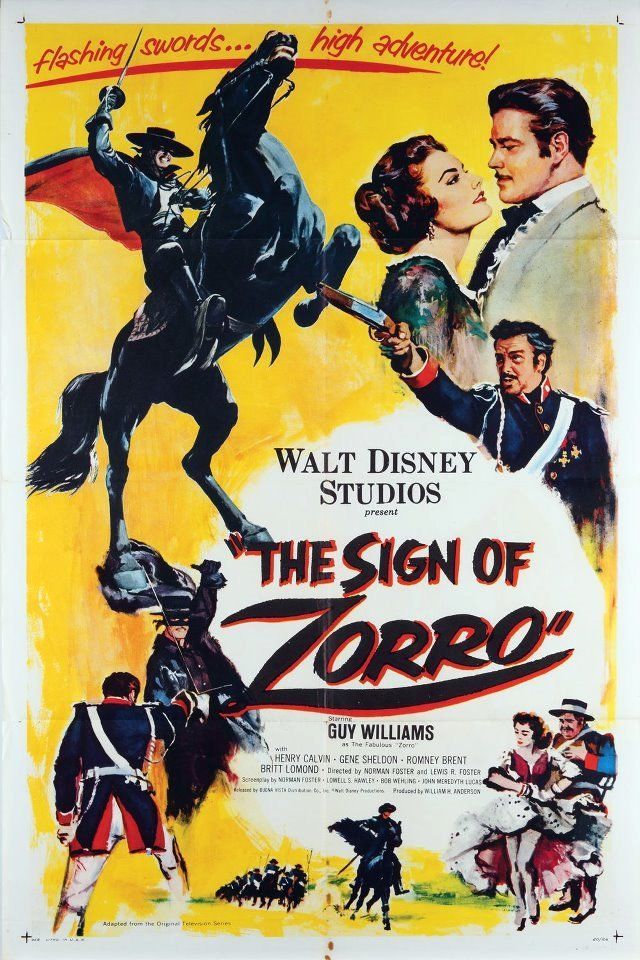 The wonderfully painted poster for The Sign of Zorro compilation film!

Zorro was a merchandising phenomenon, nearly a decade before Bat-Mania!!! 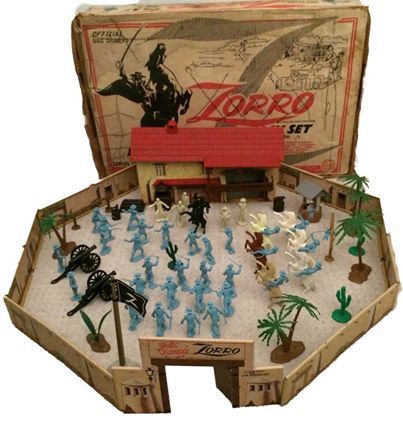 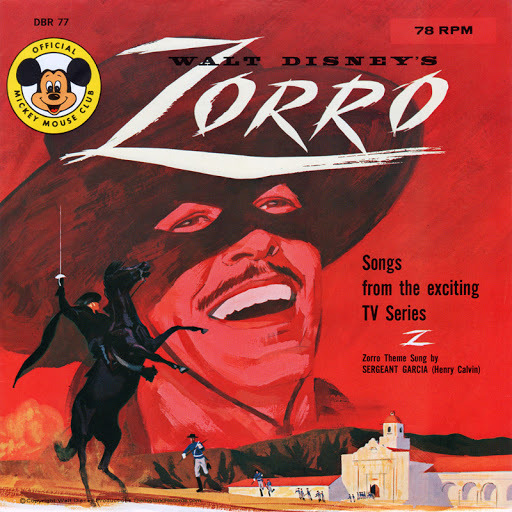 I'm playing this album over and over until Shag likes the theme song! 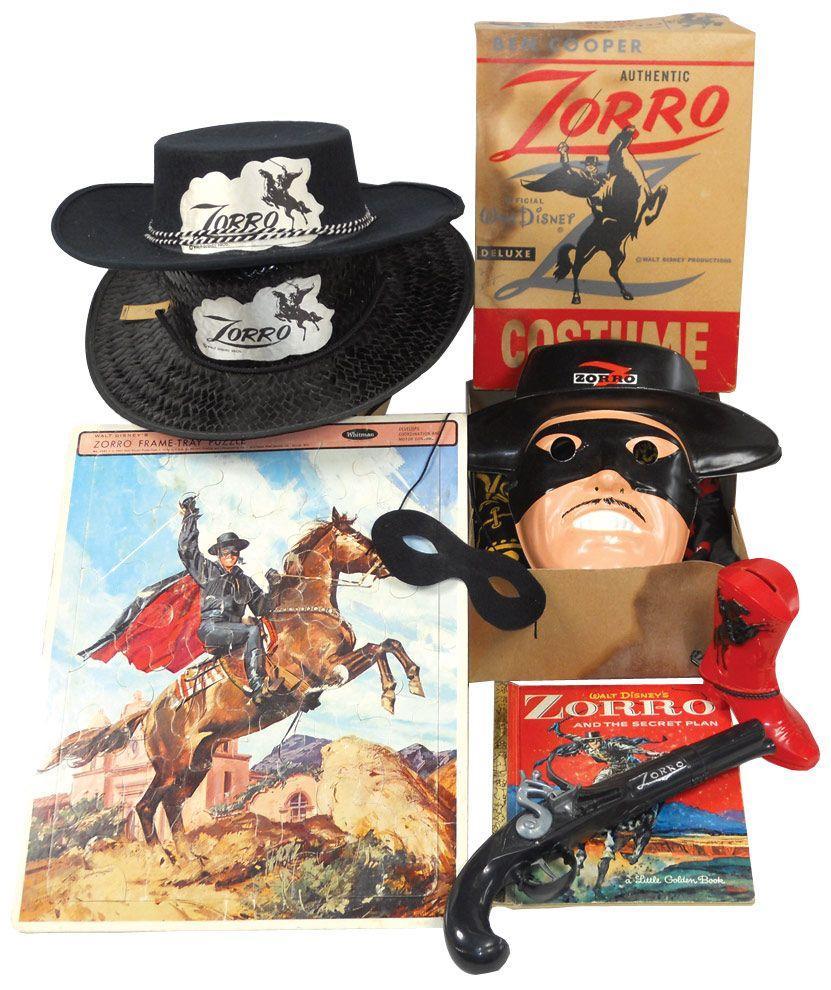 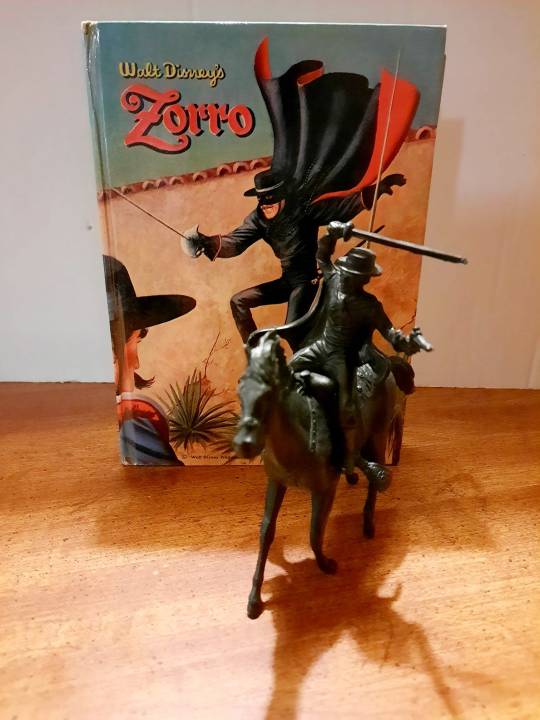 From Chris' own collection, a Zorro illustrated young adult novel and figure with Tornado!