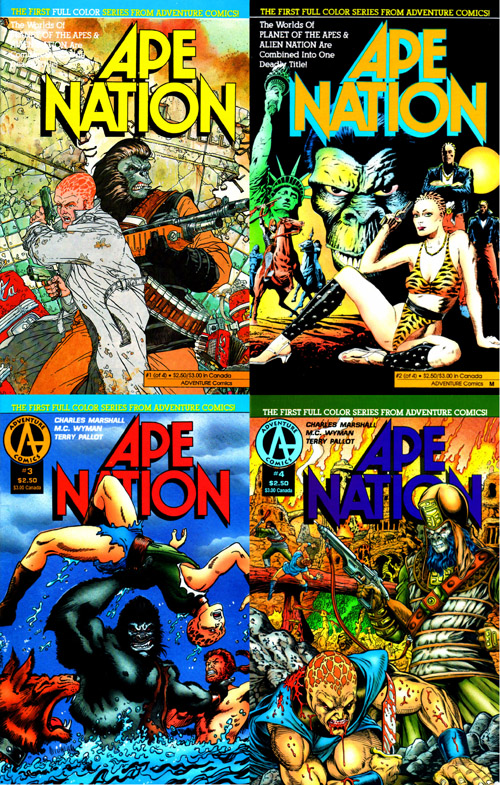 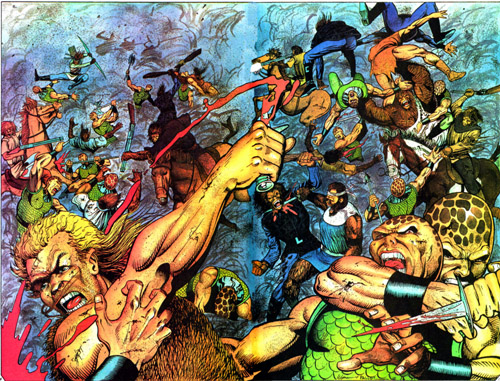 Wyman takes some interesting chances in the art. 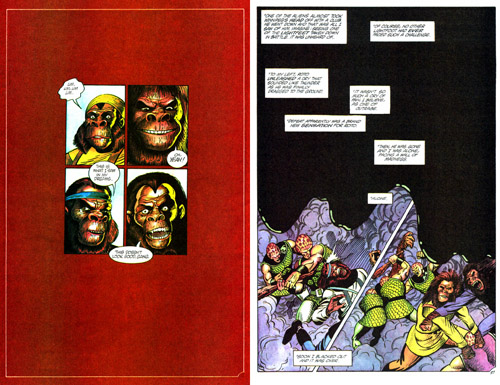 Heston and Caan, together again for the first time! 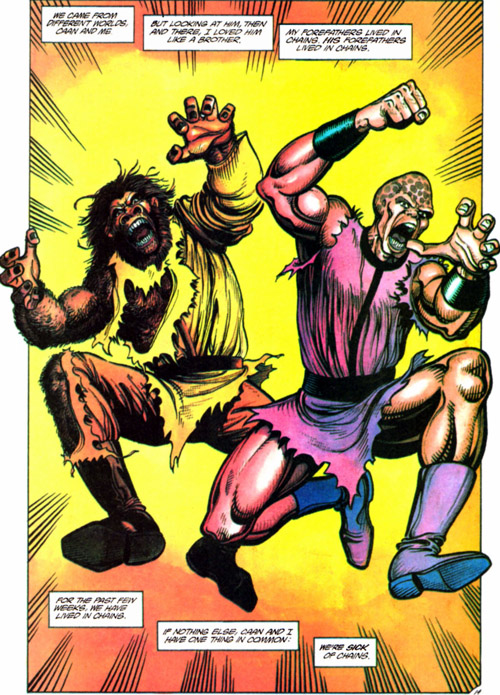 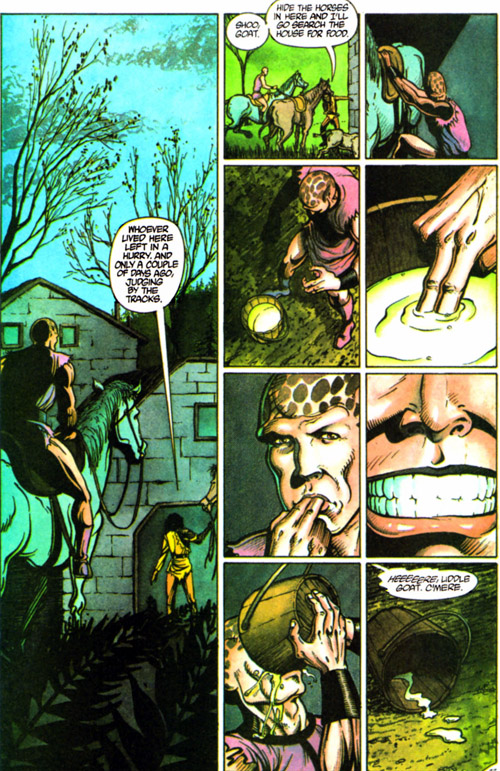 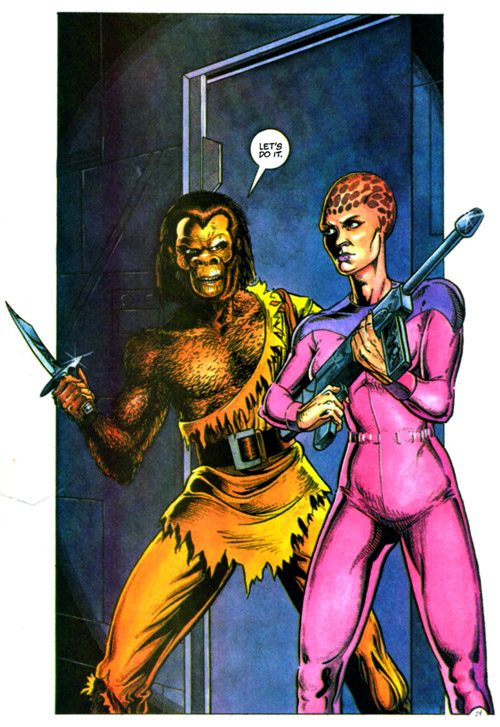 Let's get even more drunk! 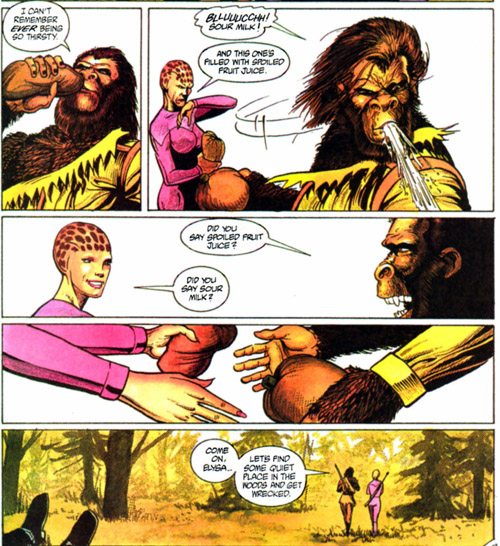 Friendly farewells all around... 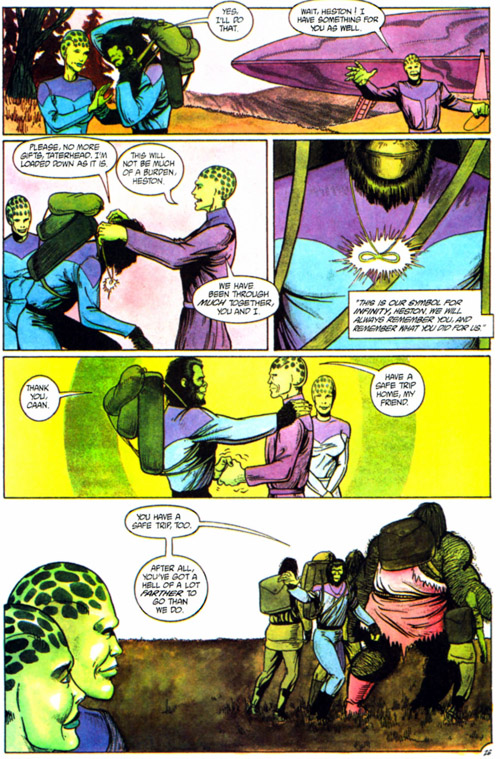 And now from the files of Master Crabbe - His fantasy team-up mise-en-scène: 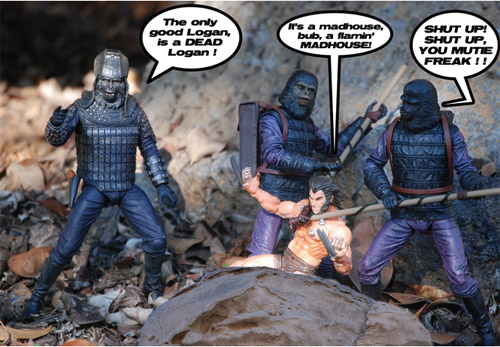 And the cover to the special edition release of Ape Nation #1: 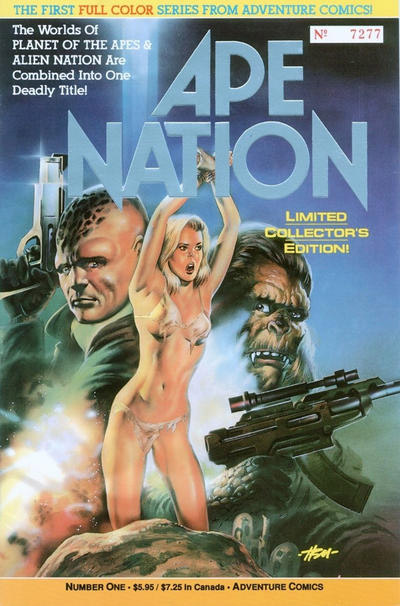