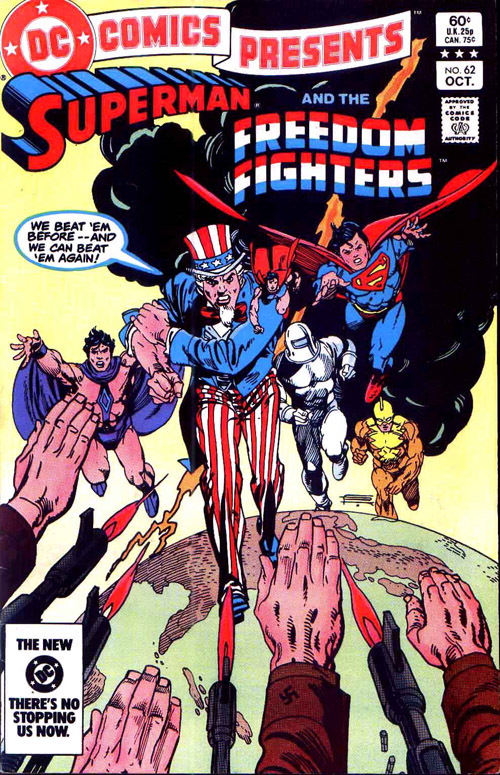 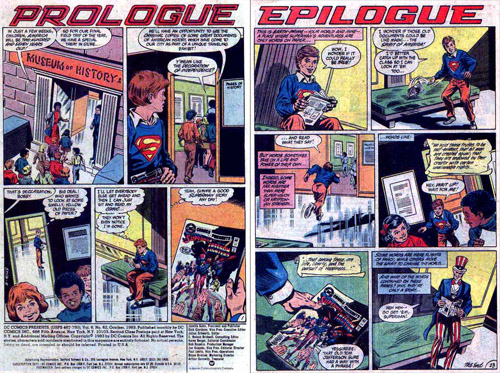 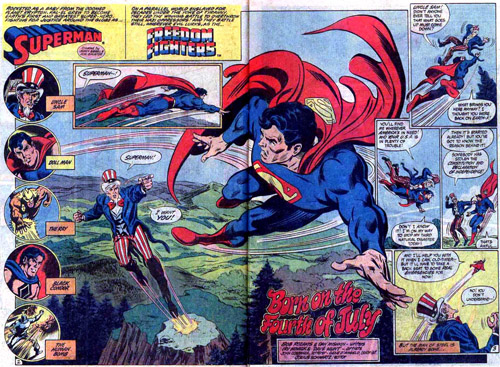 The Freedom Fighters being cool: 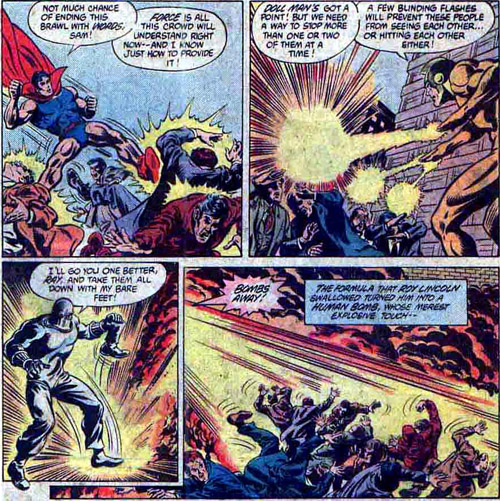 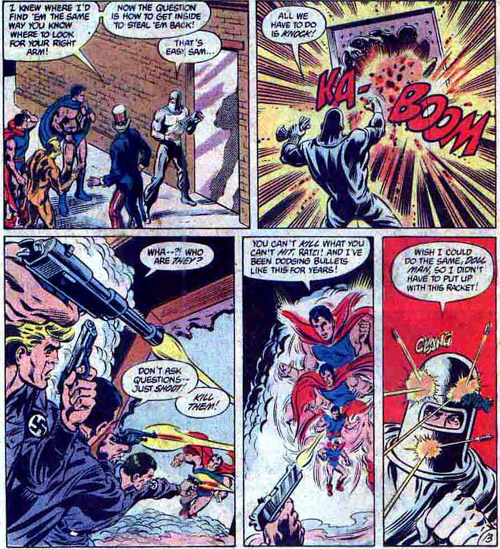 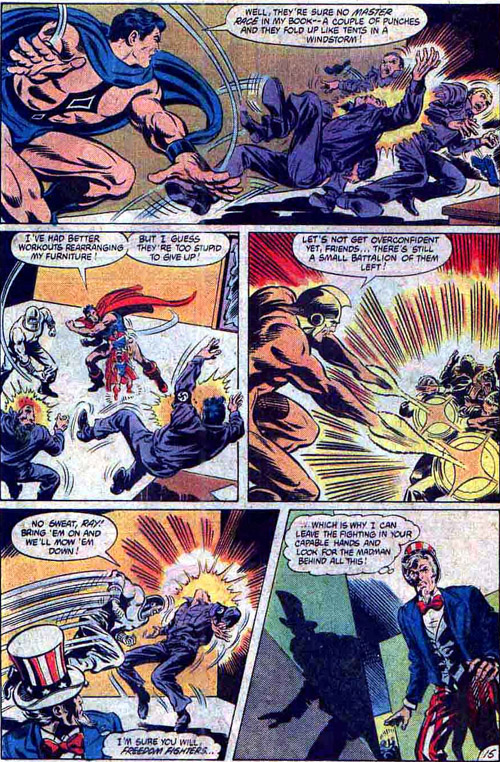 The Ray prevents the destruction of America's precious documents! 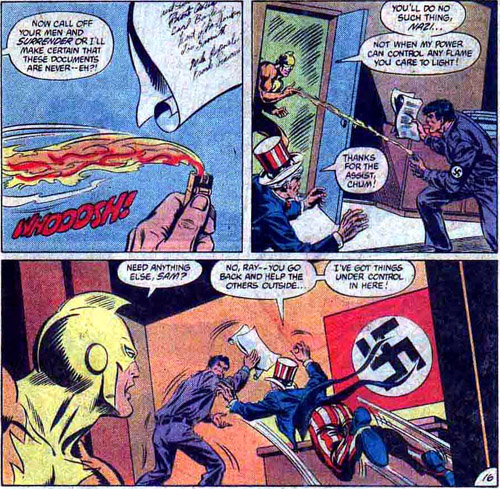 Oh yeah, and Superman does stuff too. 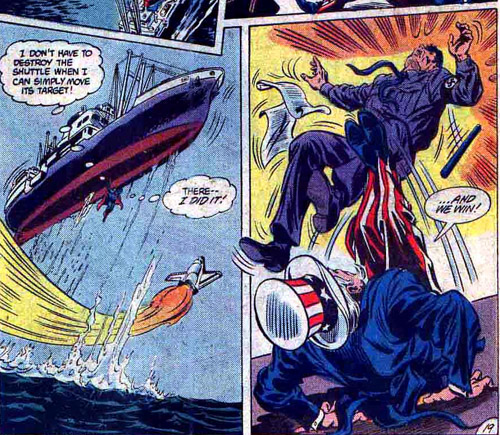 That night, on TV, the friendly farewell... 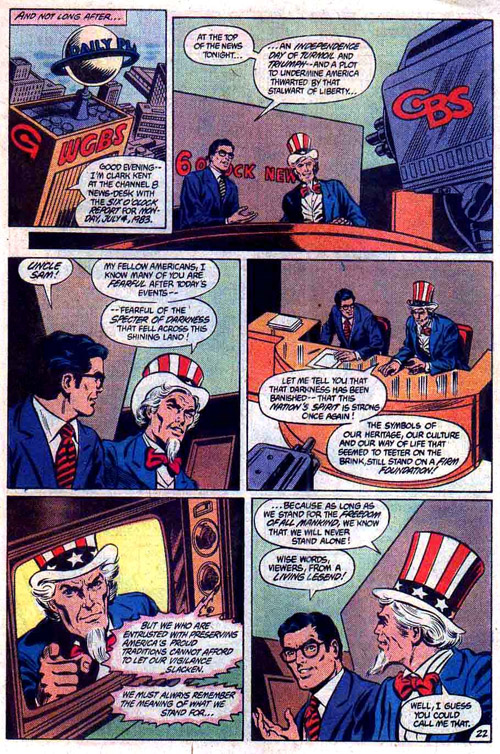