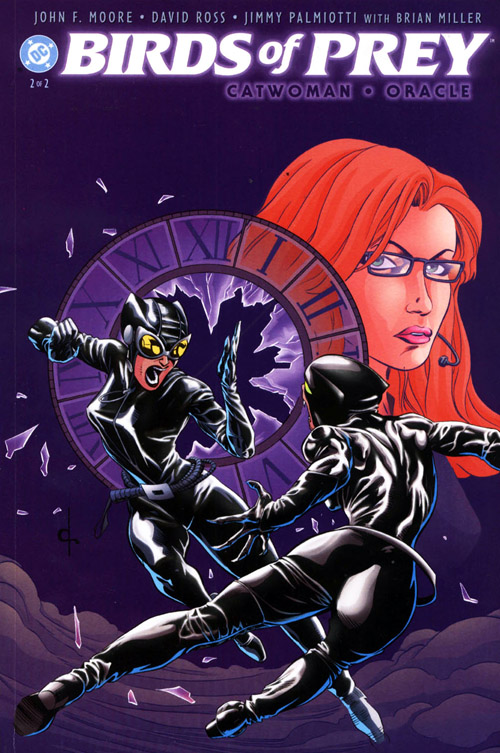 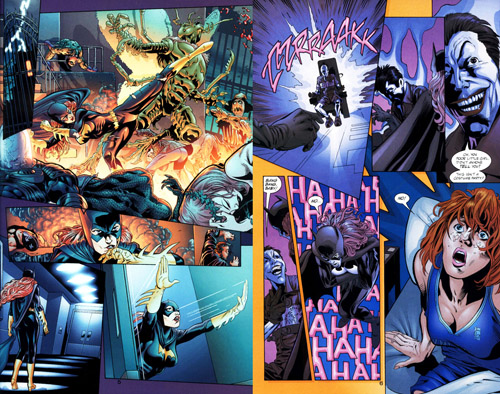 Barbara's really good with a crossbow. 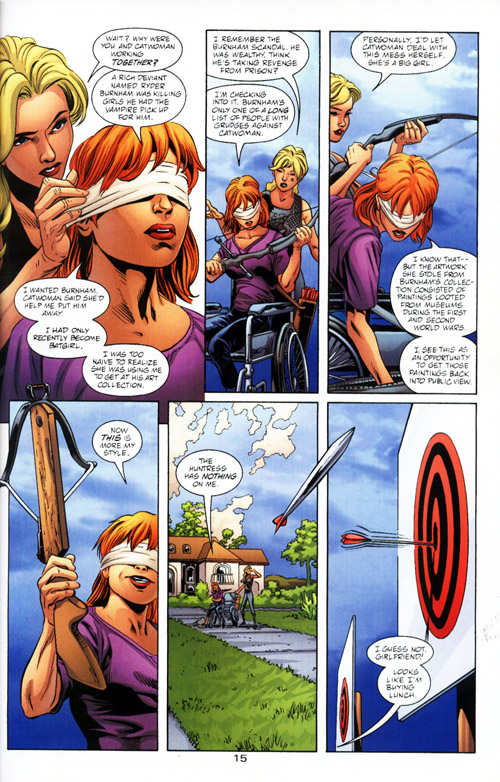 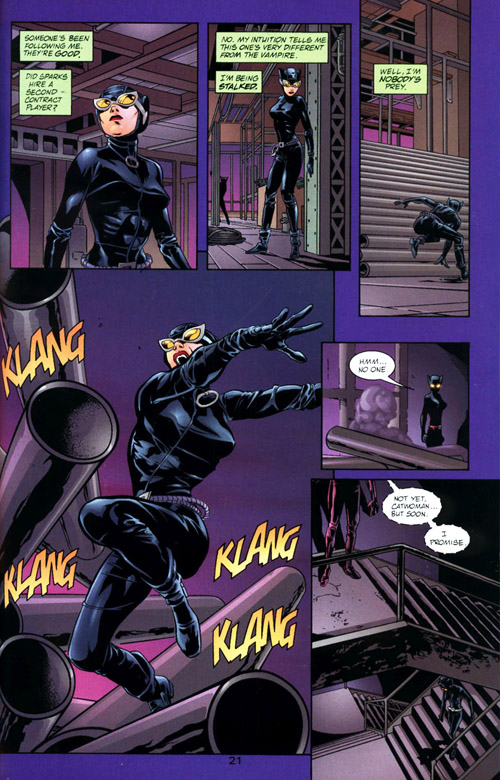 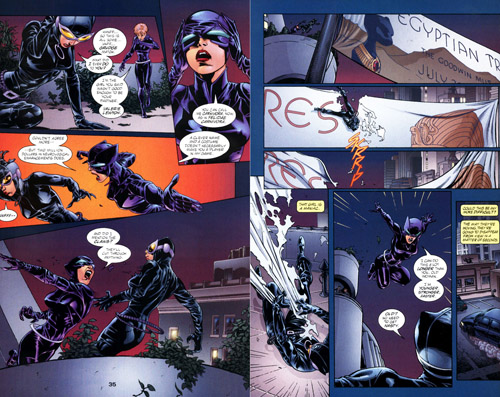 Catwoman is almost run through a cuisinart! 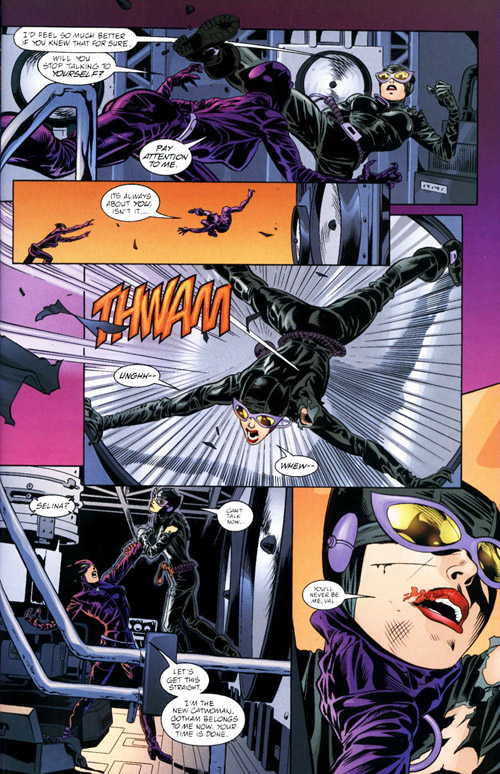 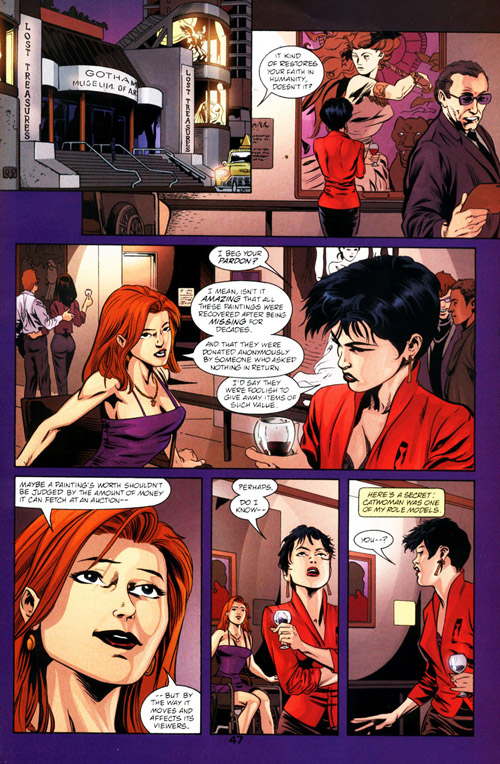 Bonus clips from: "Like Cat" and "Cat Lore" from Catwoman score by Klaus Badelt; "Seinfeld Theme" by Kitsch and Camp; and Batman: The Brave and the Bold's "The Mask of Matches Malone!", starring Grey Griffin, Nika Futterman, and Tara Strong.