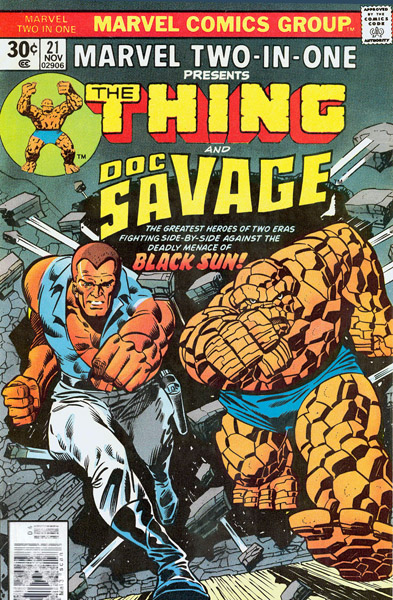 The Sky Cannon in two different eras; the story is bifurcated until the heroes find themselves in the same time. 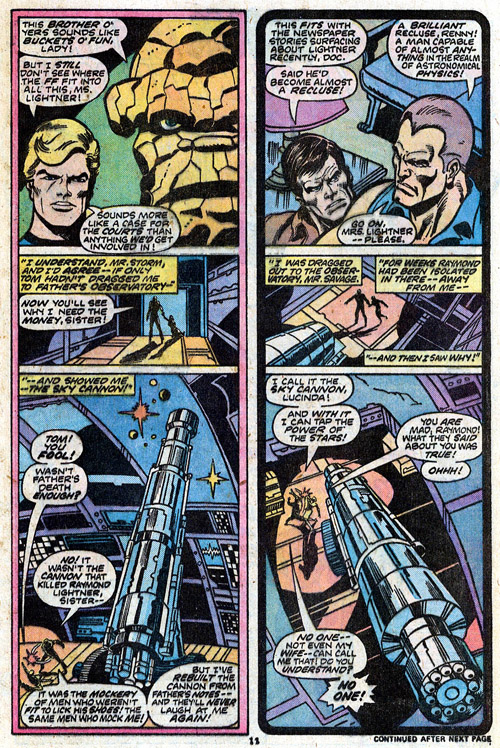 The villain is revealed/created: Blacksun! 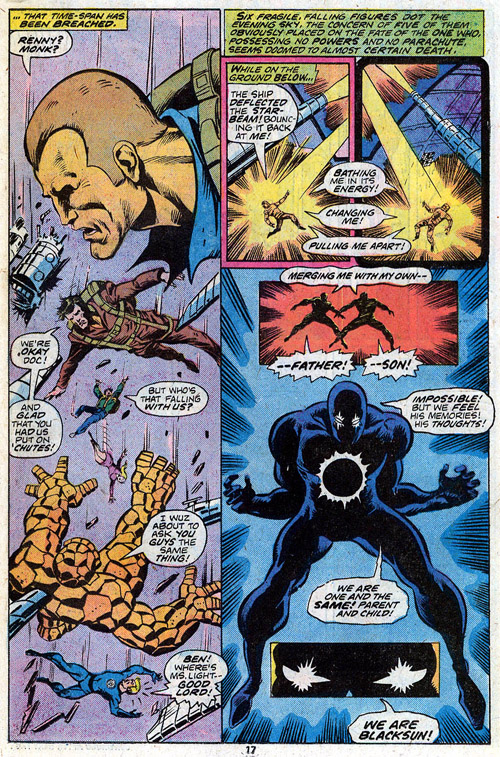 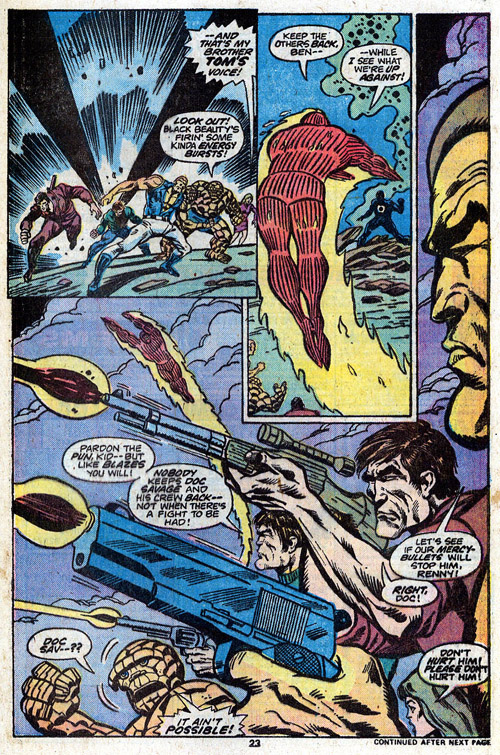 Every Thing story needs a moment where he uses his rocky mitts to clobber something. 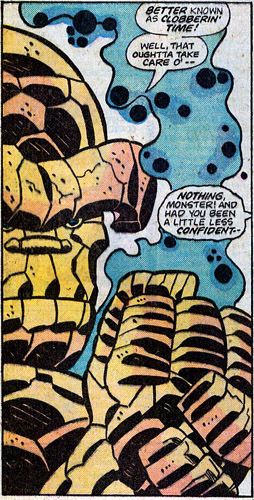 The heroic pile-up proves too much for Blacksun. 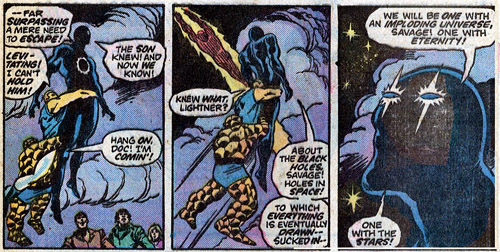 An abrupt and cold friendly farewell: 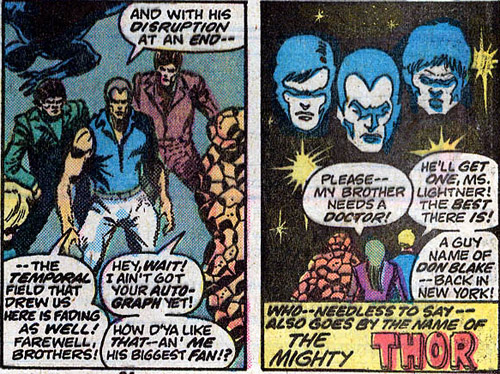