Highlights from Dracula vs. Zorro, by Don McGregor, Tom Yeates and Rick Magyar: 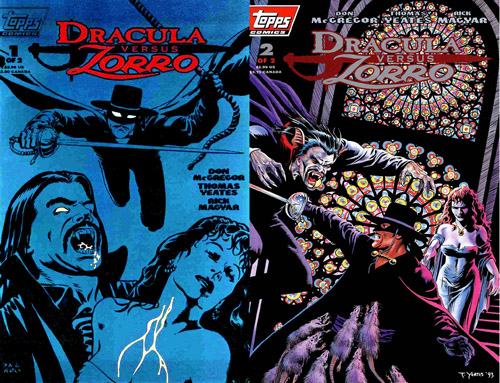 Tom Yeates is the MVP of this series: 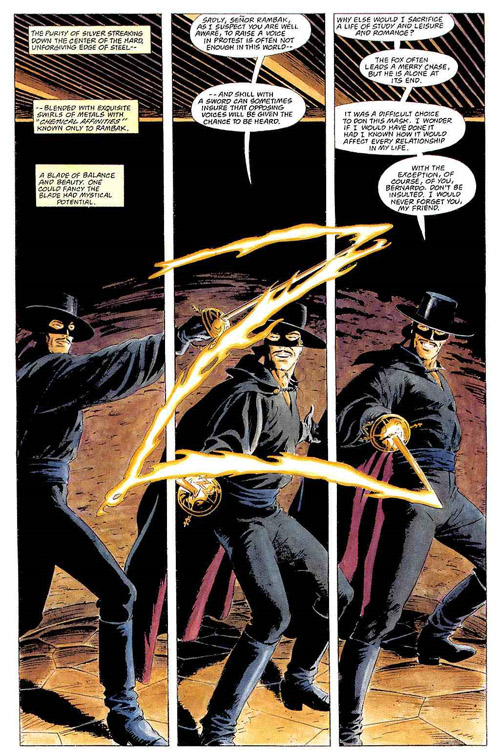 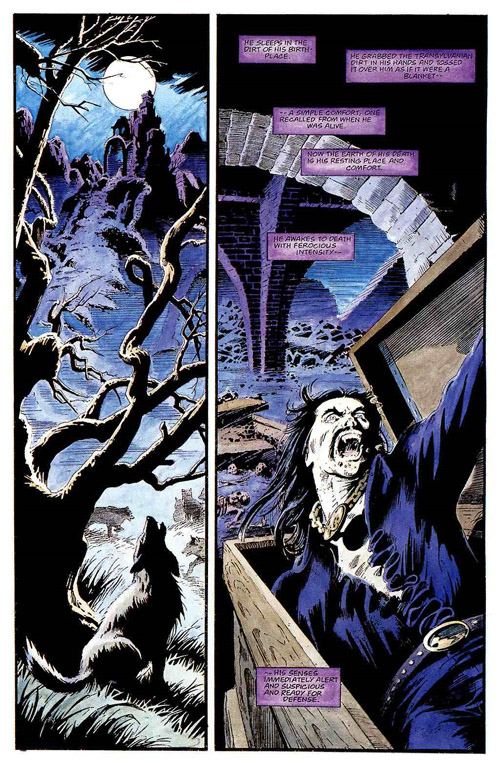 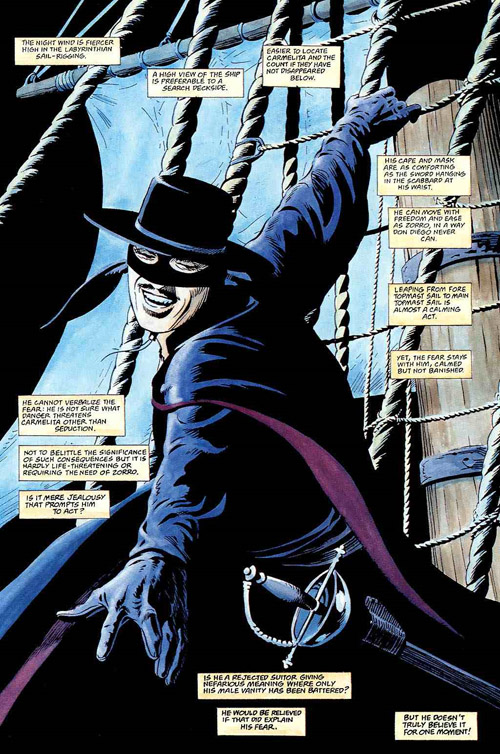 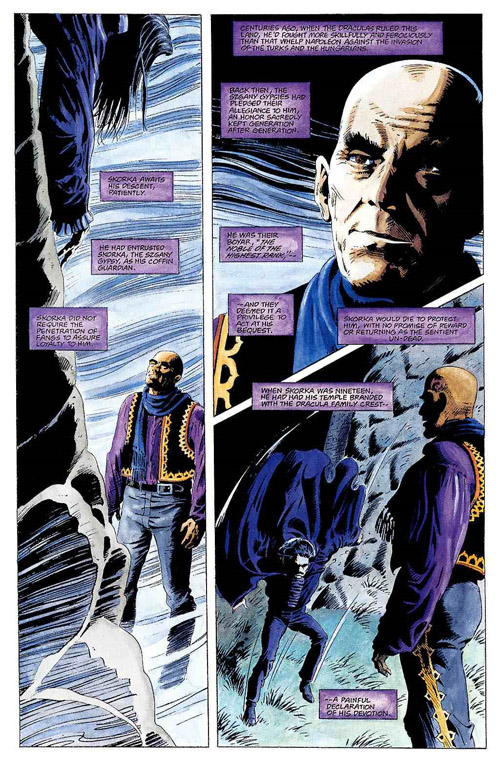 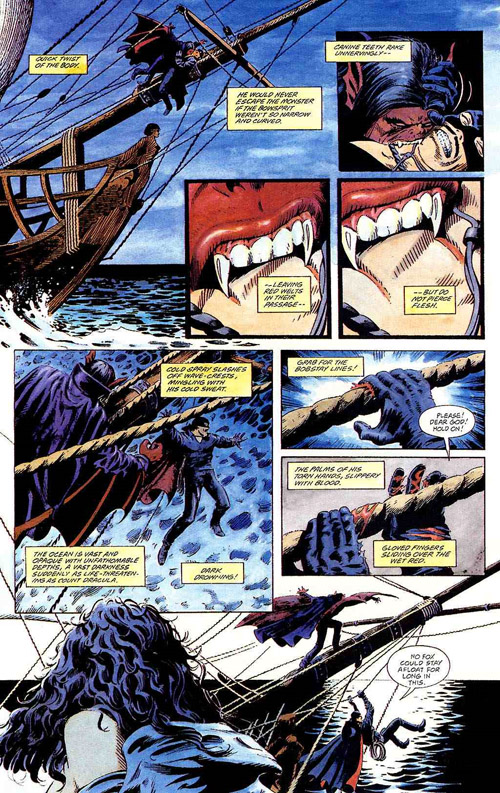 The swashbuckling is on point! 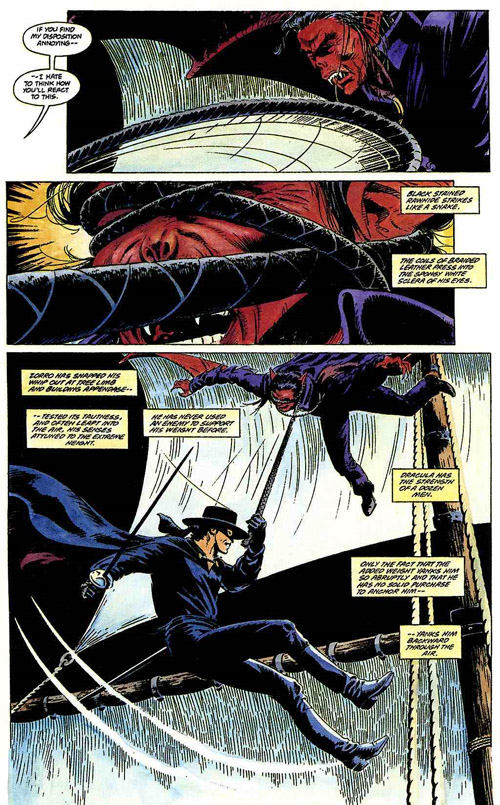 After that indignity, Dracula sics rats on El Zorro! 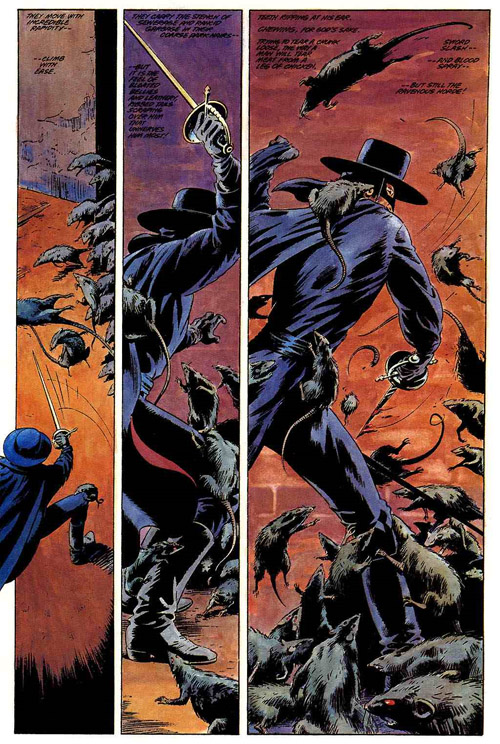 As usual, the friendly farewell: 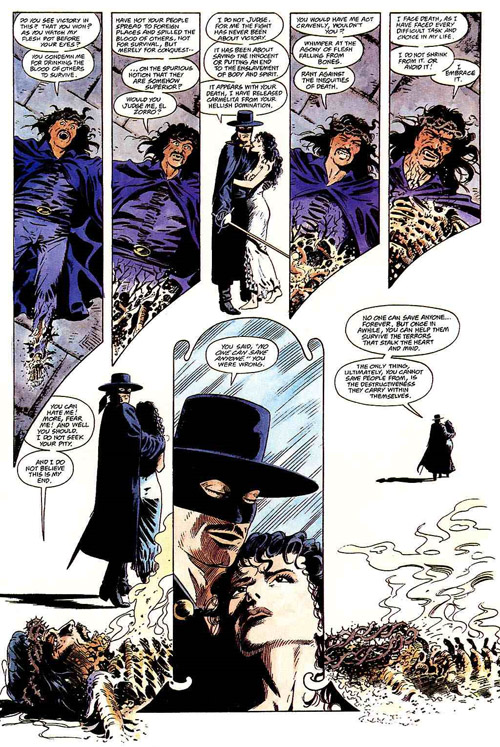 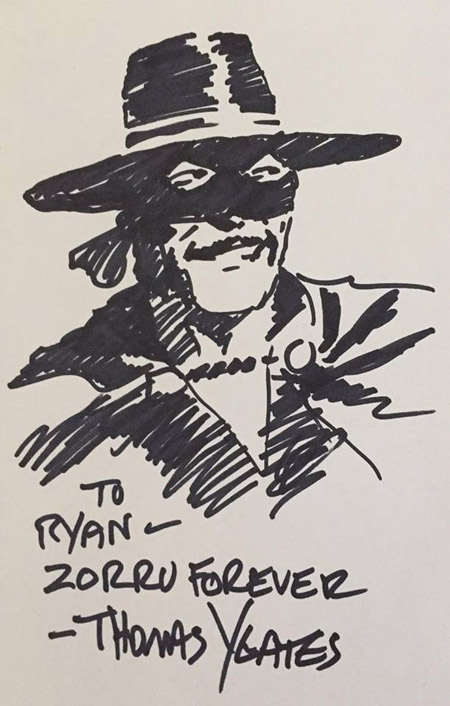 Bonus clips from: "Visions In The Dark" by RoughNX; "Welcome to Chaos" by Ross Bugden; and "Dracula" by John Badham, starring Frank Langella.