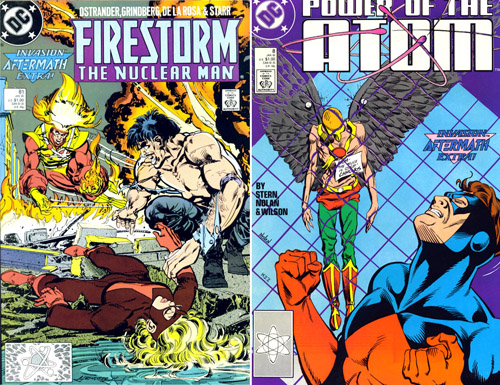 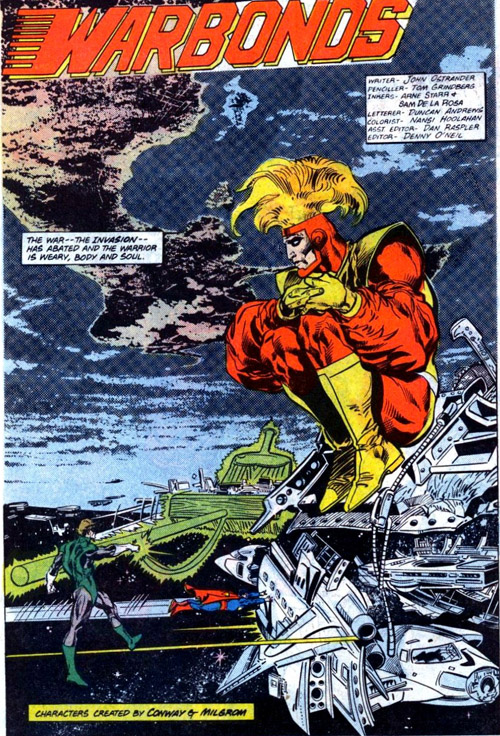 The Soviet super teens, Soyuz. Try to guess who they look like. 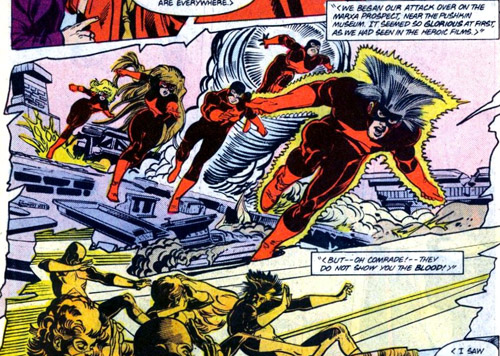 An off-model Firestorm is perfect casting for... well that would be telling. 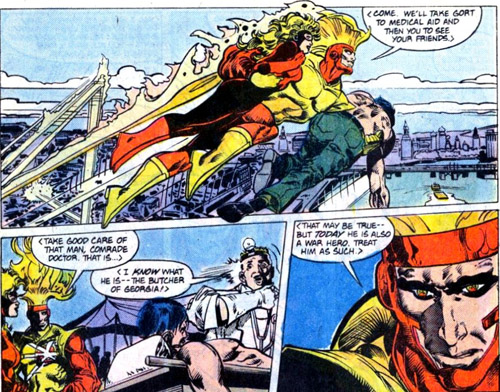 Over in Power of the Atom, Chronos shows his evil. 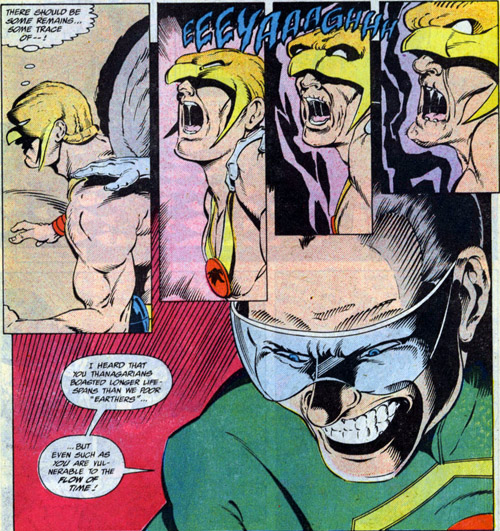 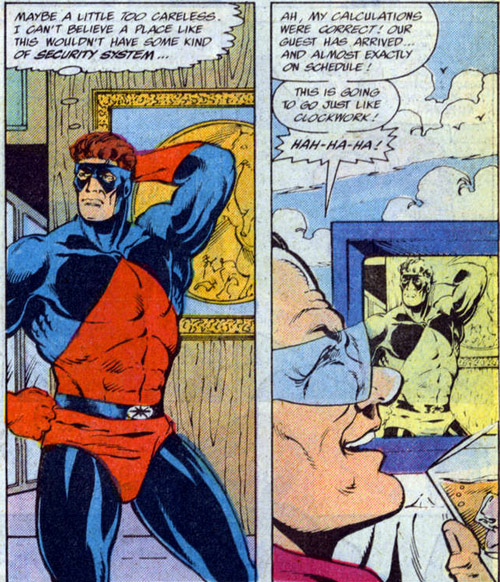 Some of that Atomic fighting he must've learned in the jungle: 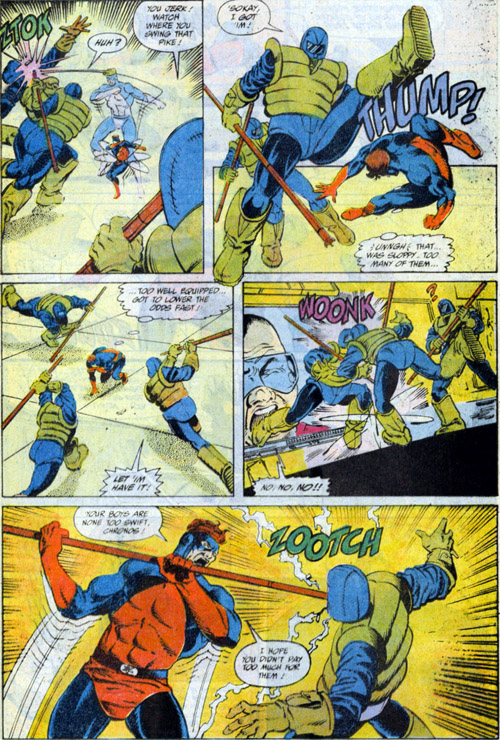 And the last page shows the gene bomb exploding. 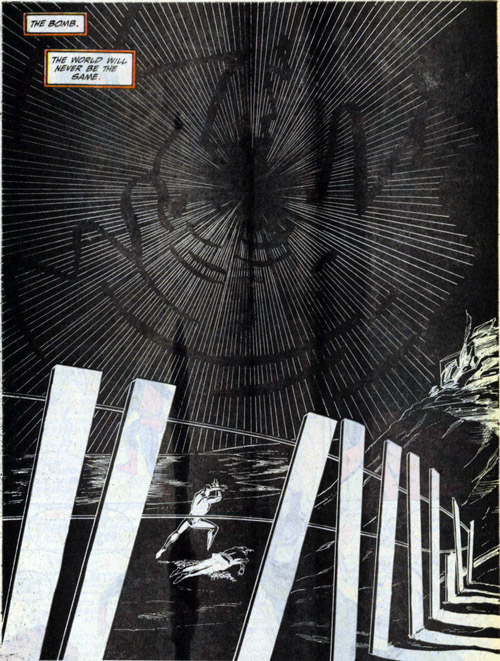