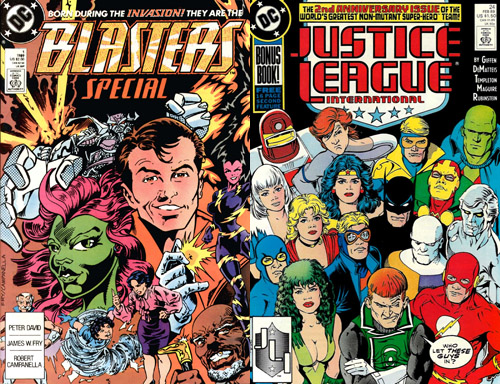 Blasters starts off fast by smashing through a caption! 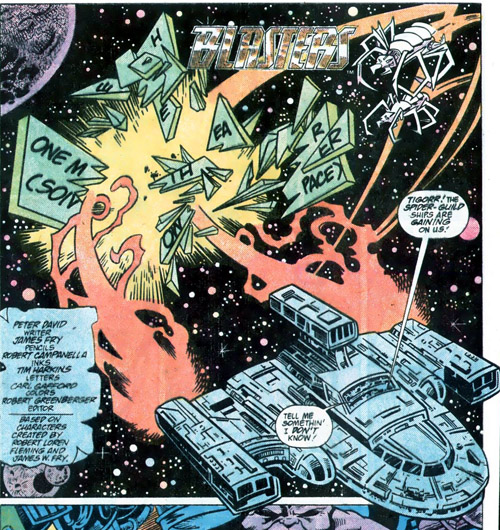 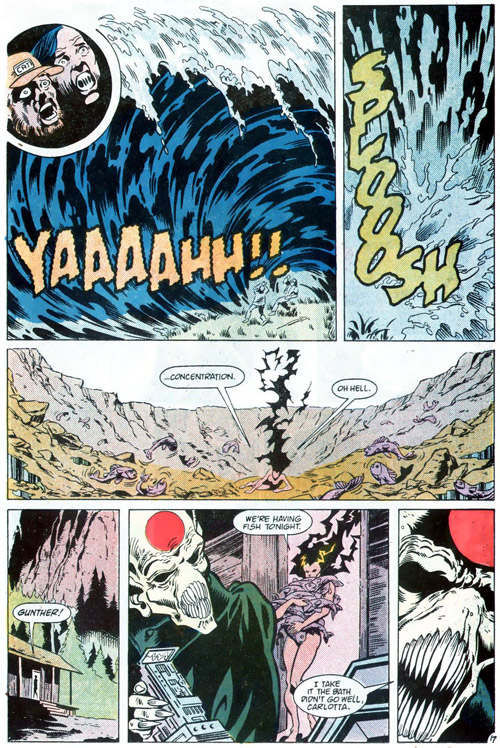 Guardians of the Galaxy has nothing on Blasters. 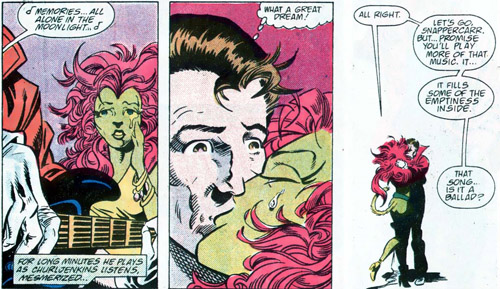 And neither does Star Trek. 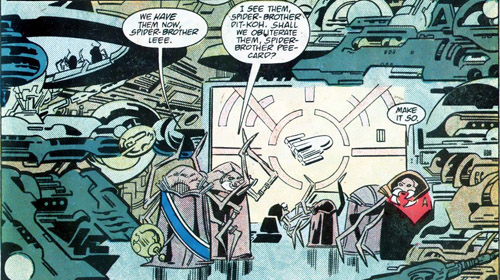 Did you miss Invasion II? You might have if you blinked. 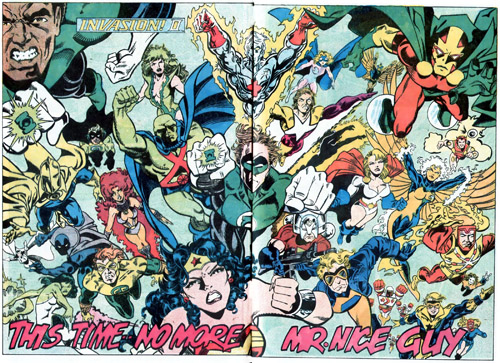 The Blasters get their official team name! 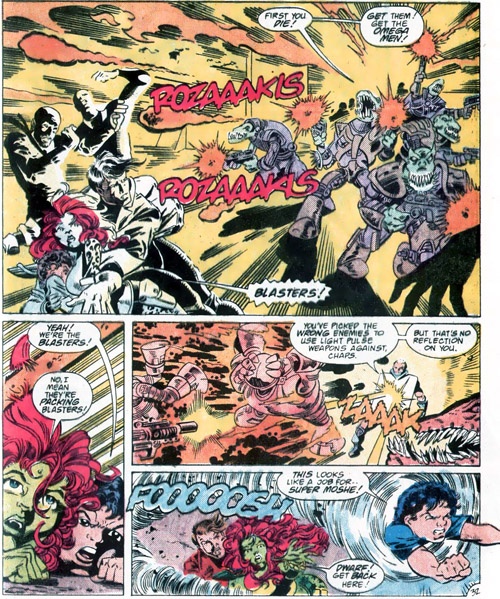 And now for JLI #24, did you get your invitation? 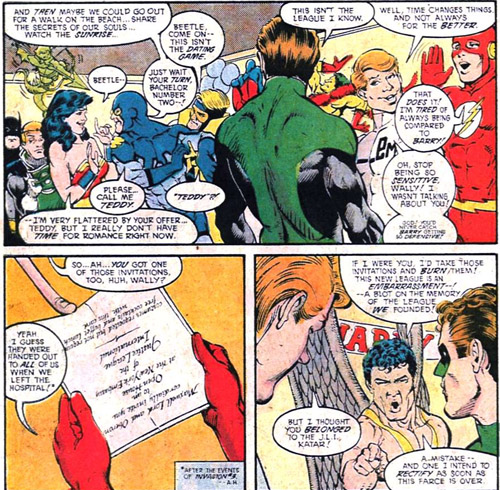 Fire is one of the last heroes to be given a clean bill of health. 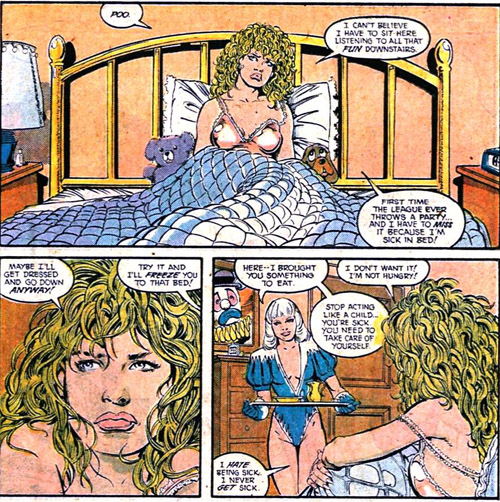 The Khunds escape through a plot hole. 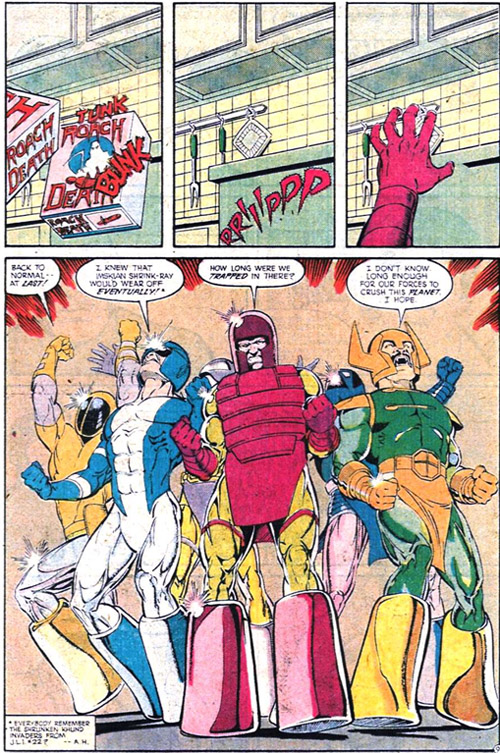 And when the burst into the room... 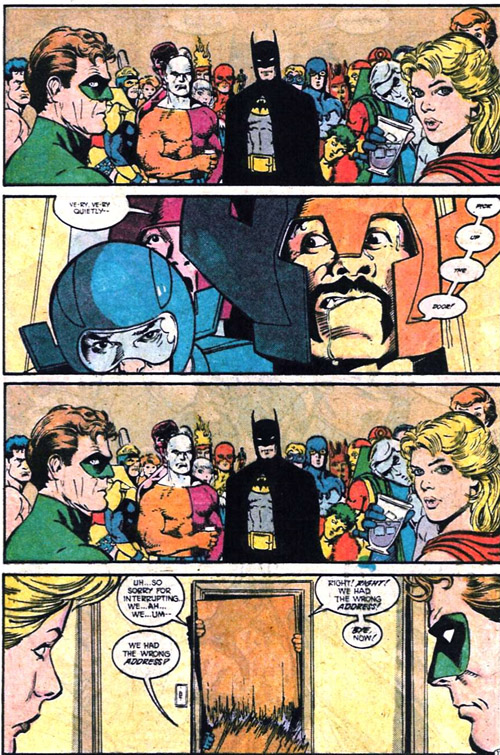 And it's on to Justice League Europe! (Podcast listeners go back one.) 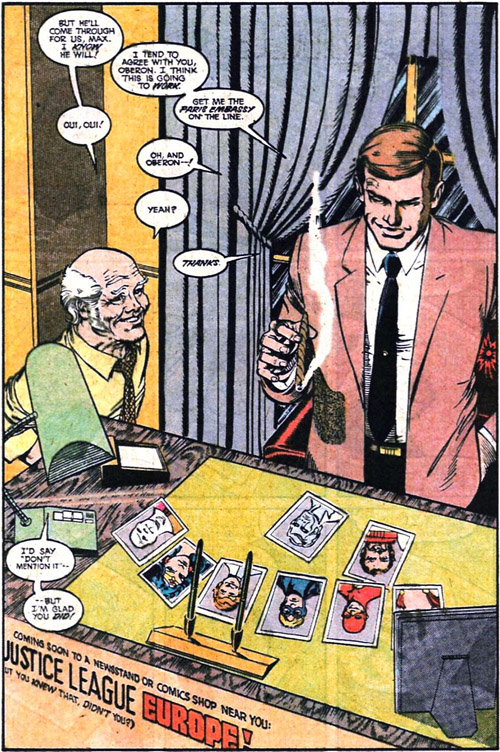