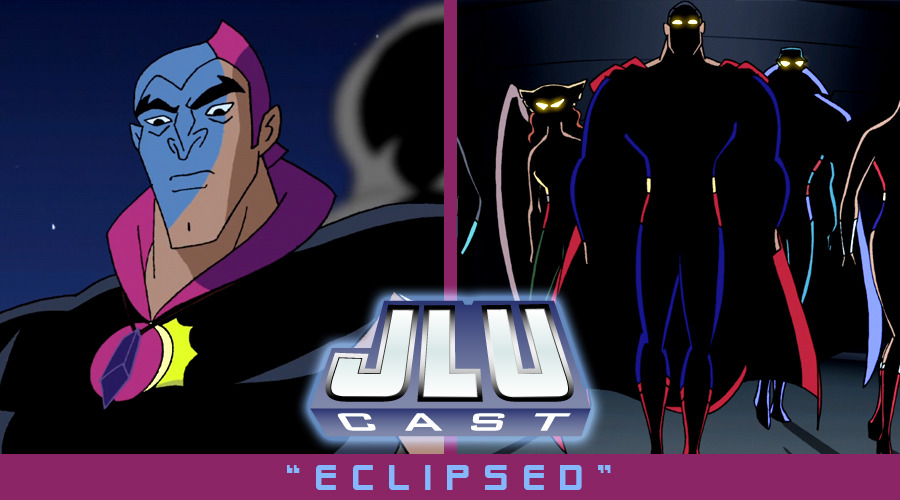 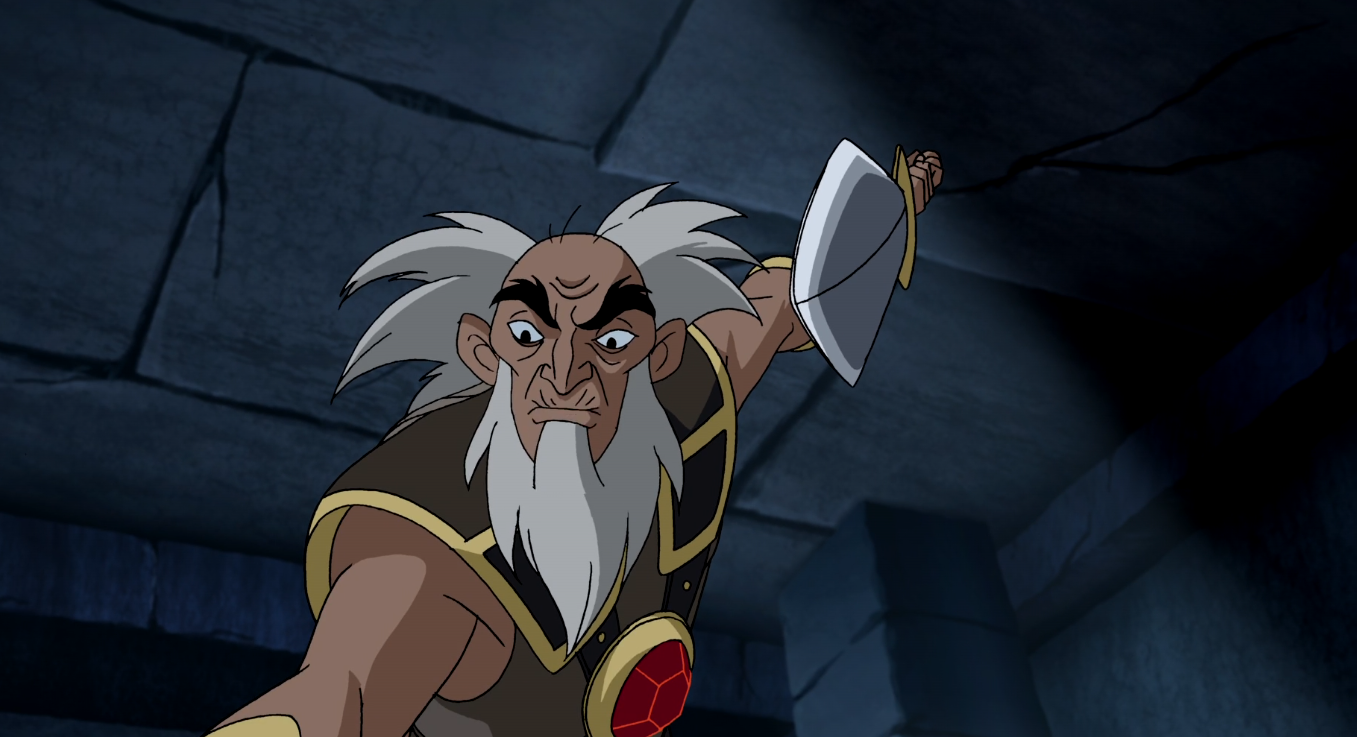 Introducing Mophir, who never got an action figure. But if he did, it would no doubt be better than Bob the Goon. 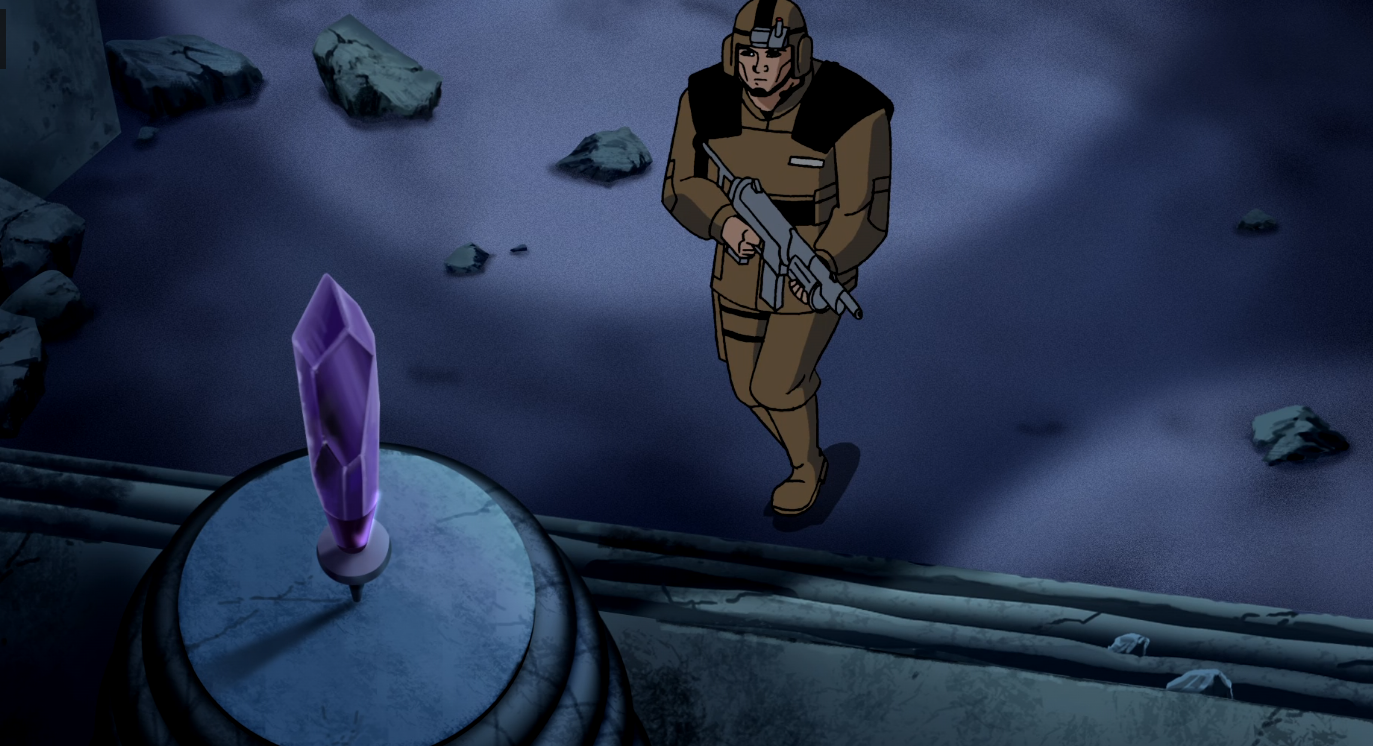 Burns approaches the Heart of Darkness/Dark Heart/Black Heart diamond/geode/jewel thingee. I wonder who was originally cast in the role? 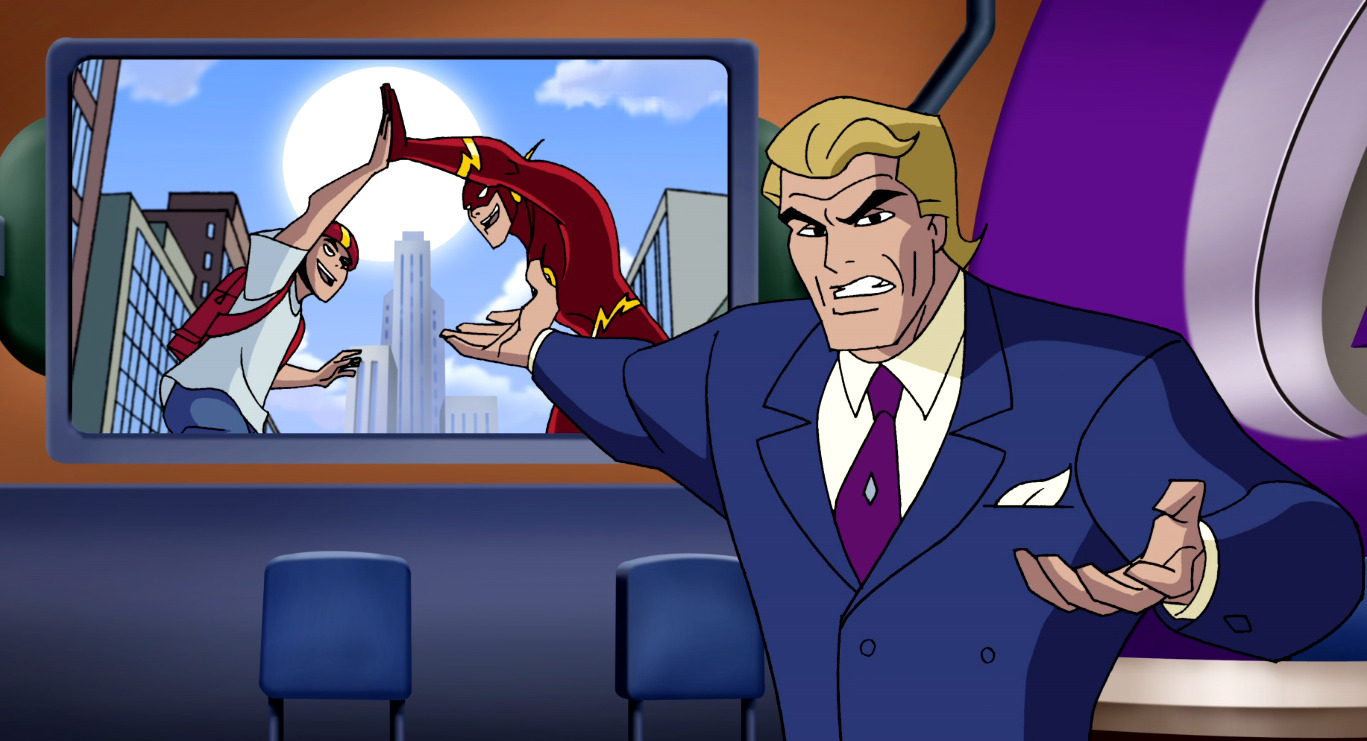 Glorious Gordon Godfrey isn't too happy about the Flash going commercial. Or maybe he's just rousing people up to get ratings. 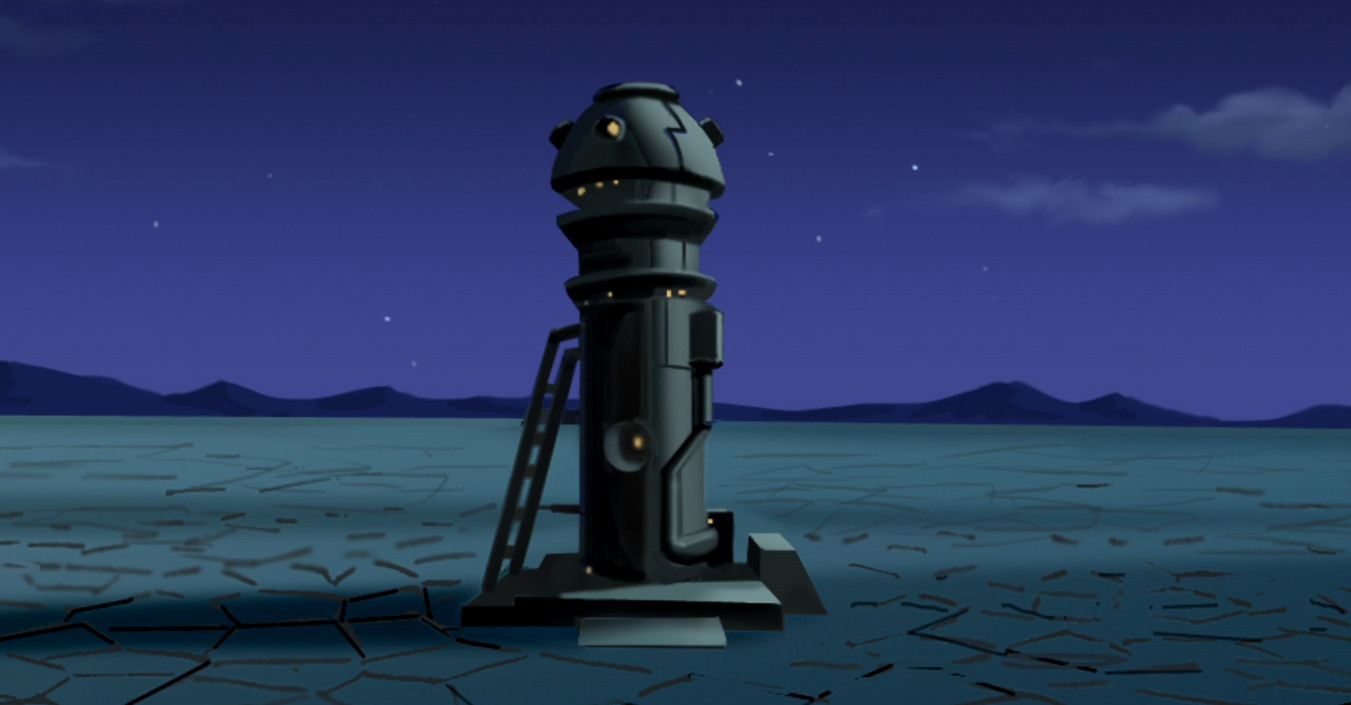 Last episode we had Grundy as Hulk. This episode, the means to make one!!! 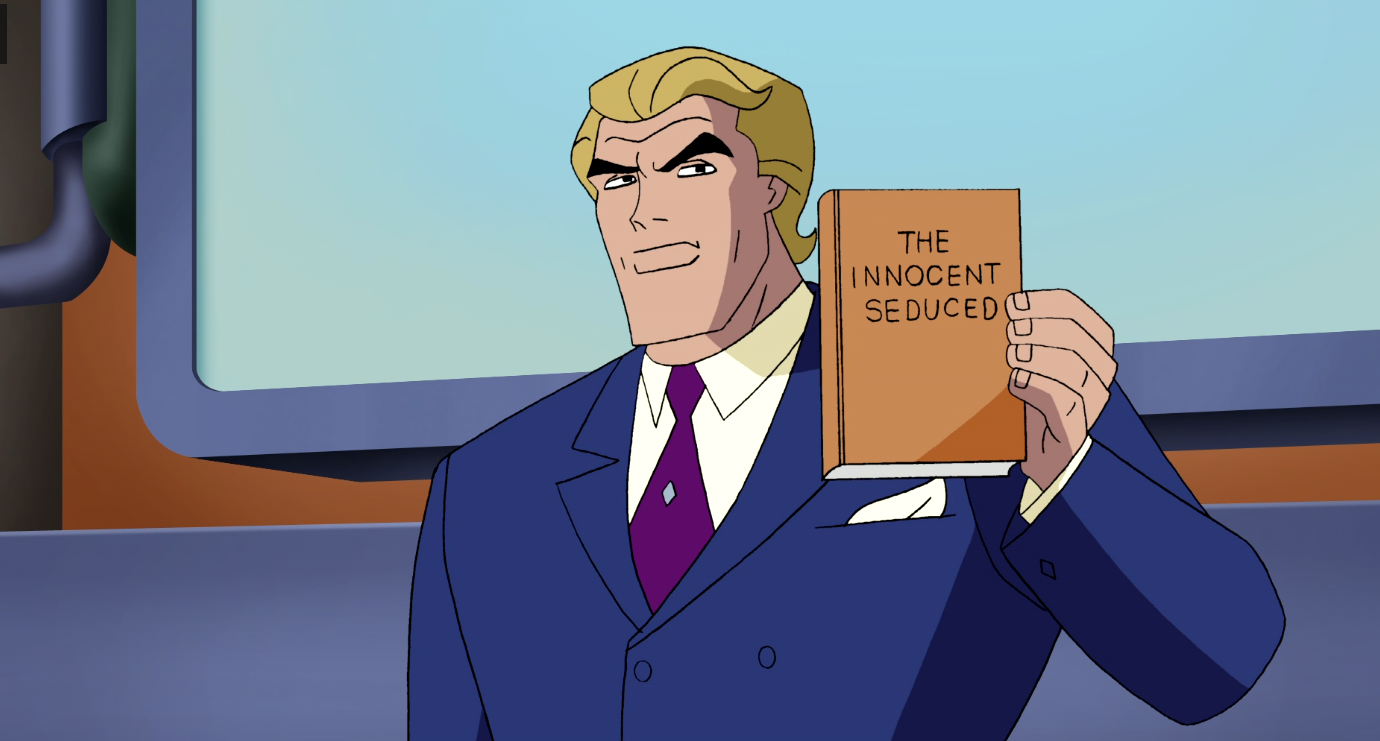 Chris can't believe he forgot to mention this Easter Egg gag. Obviously a nod to Dr. Frederic Wertham's skewed examination of comics' affects on children, Seduction of the Innocent, which began a witch hunt and resulted in the formation of the Comics Code Authority. 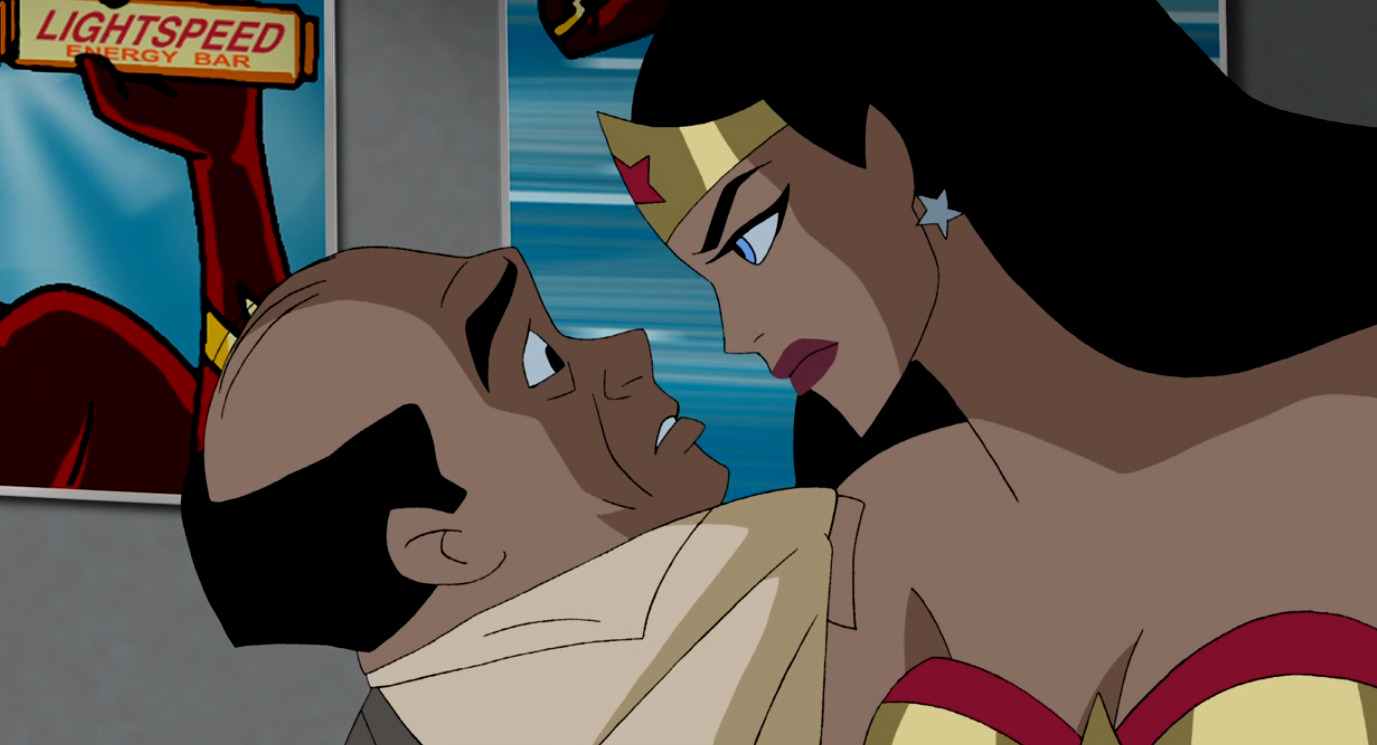 Another thing Chris forgot to mention: This would have been the perfect opportunity to include Funky Flashman as Flash's agent, but maybe that's just too many Flashes. Wonder Woman would have probably wanted to knock his toupee off, too. 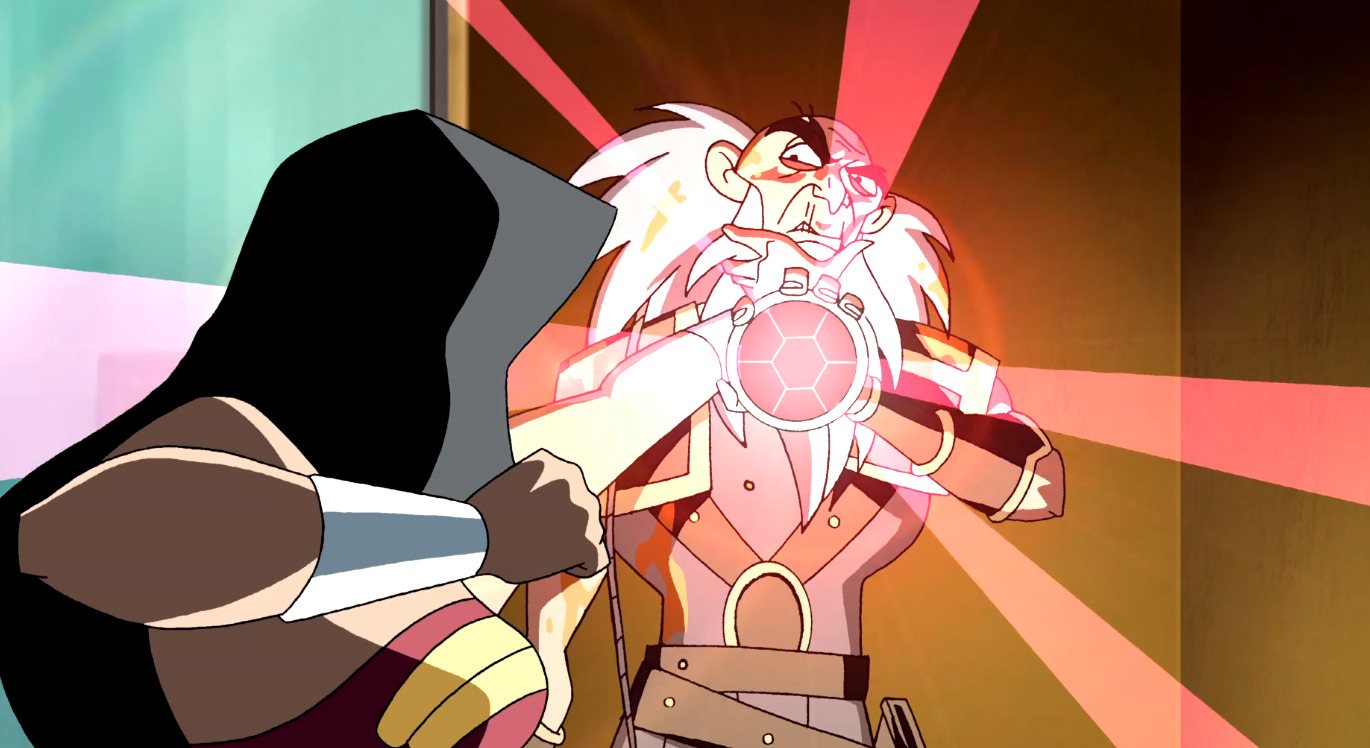 Mophir uses his magic ruby to cure Diana... but still wants to chop her head off in a few seconds. 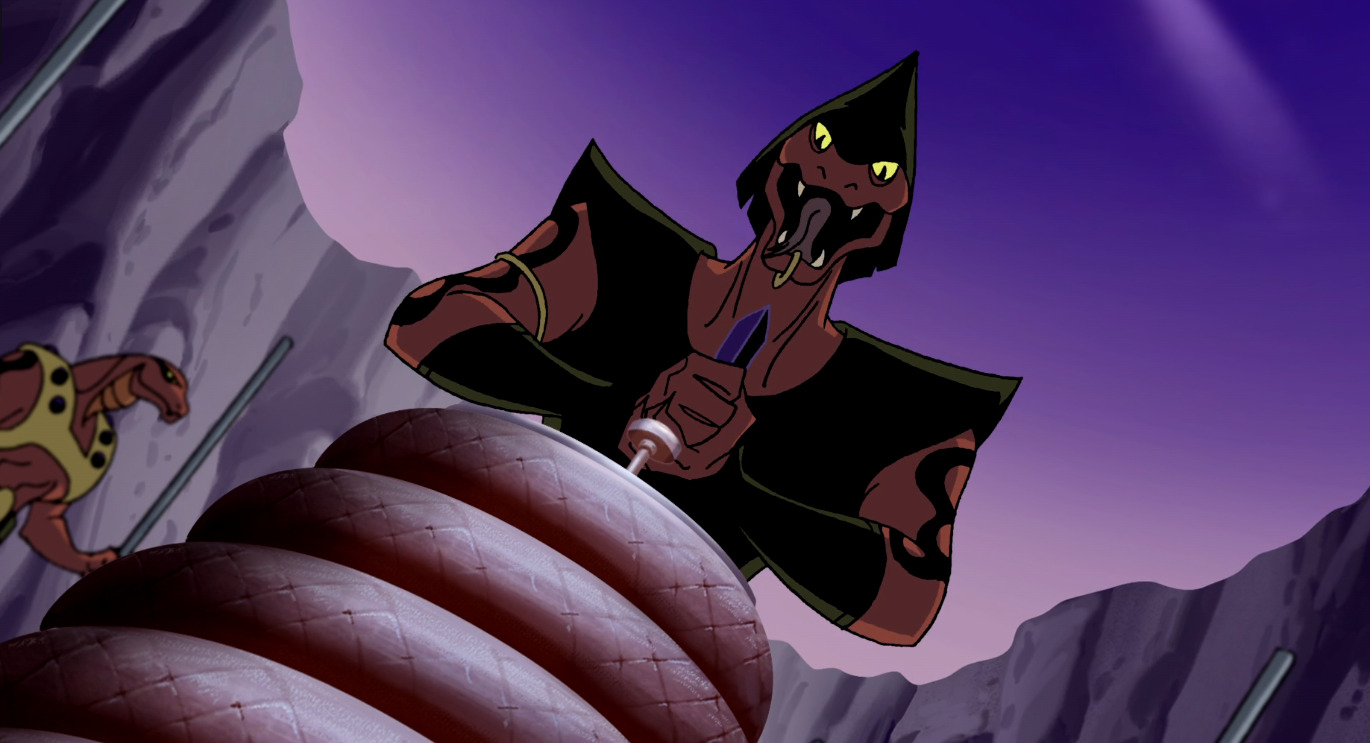 Who was expecting snake men in this? Anyone? 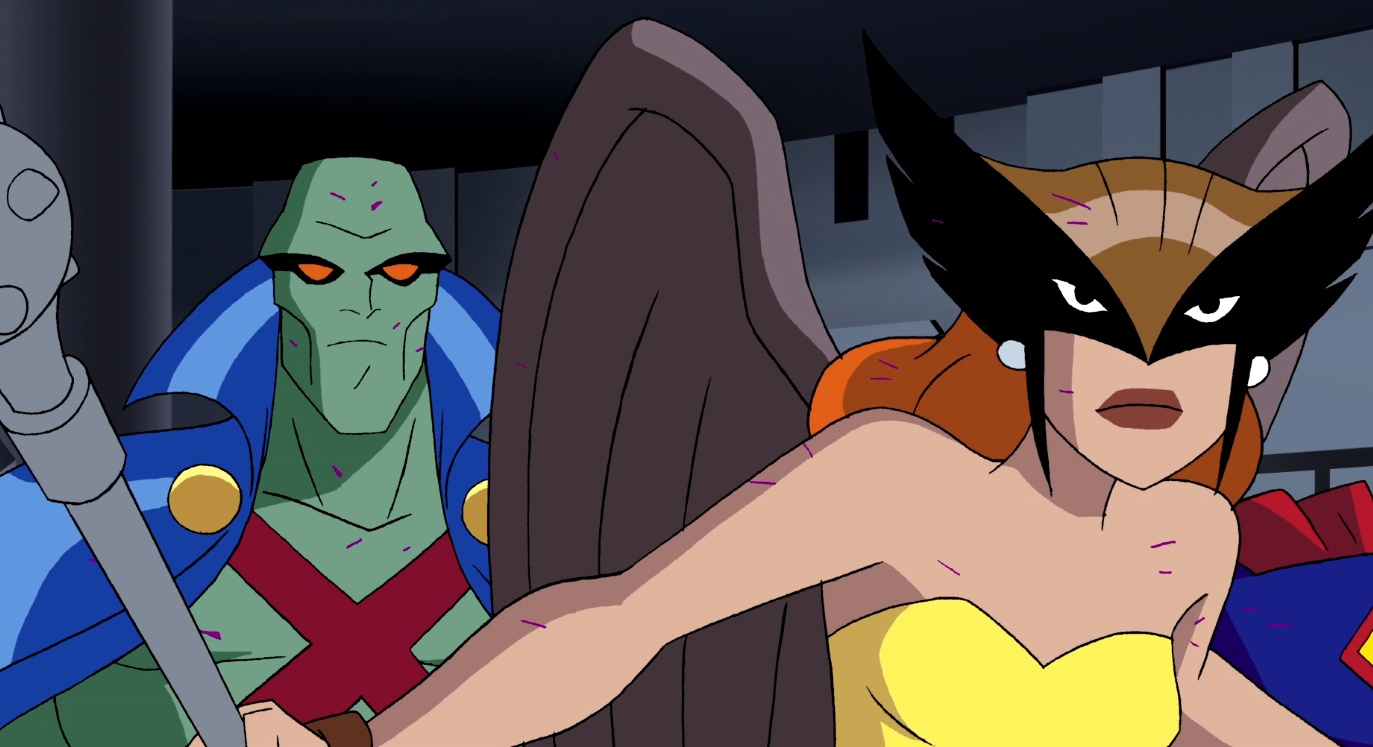 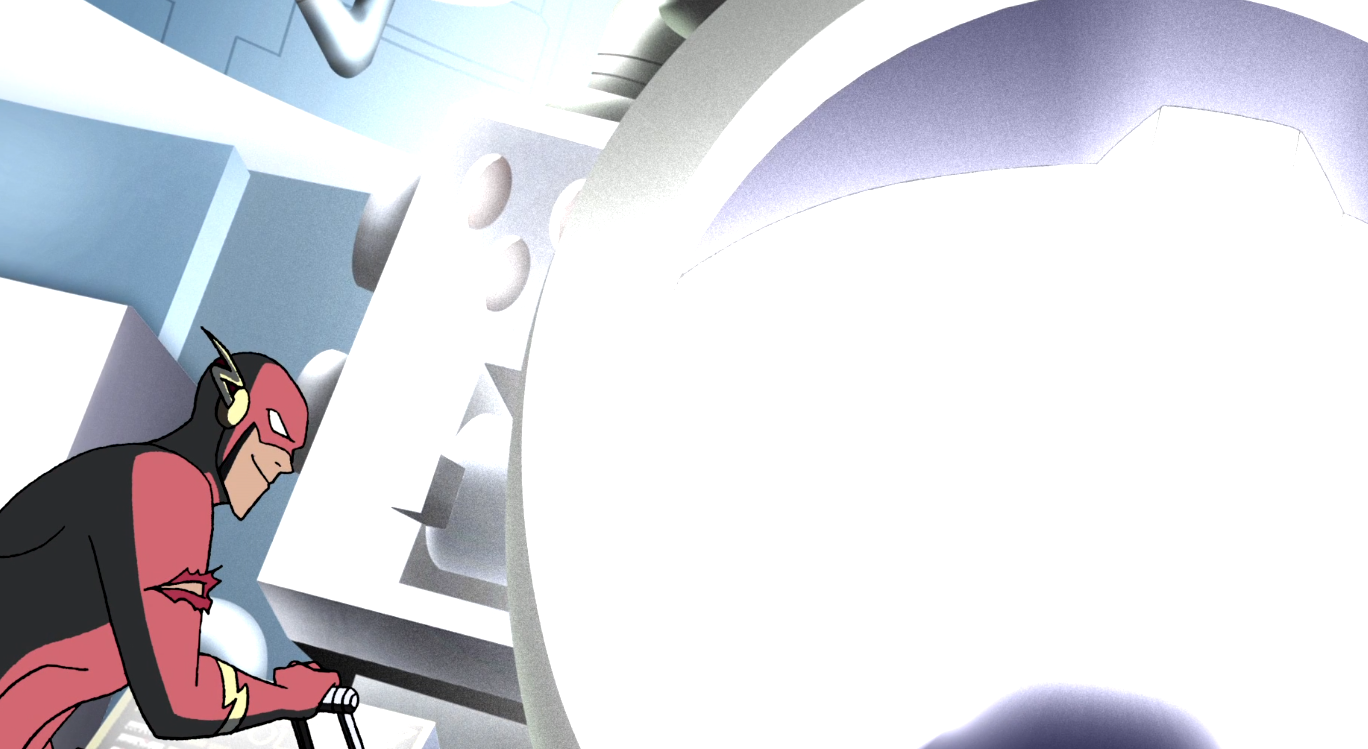 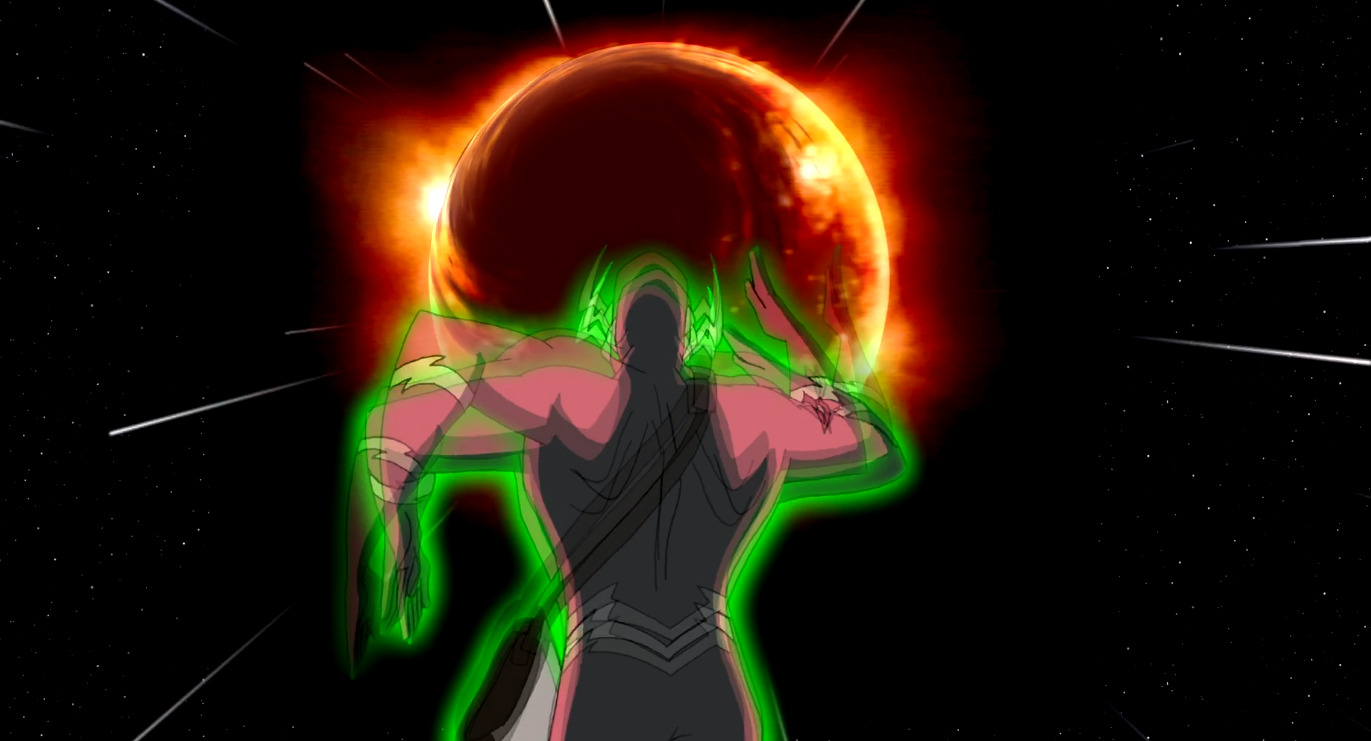 It's Flash's episode, so he gets to save the day. Great visual, though! 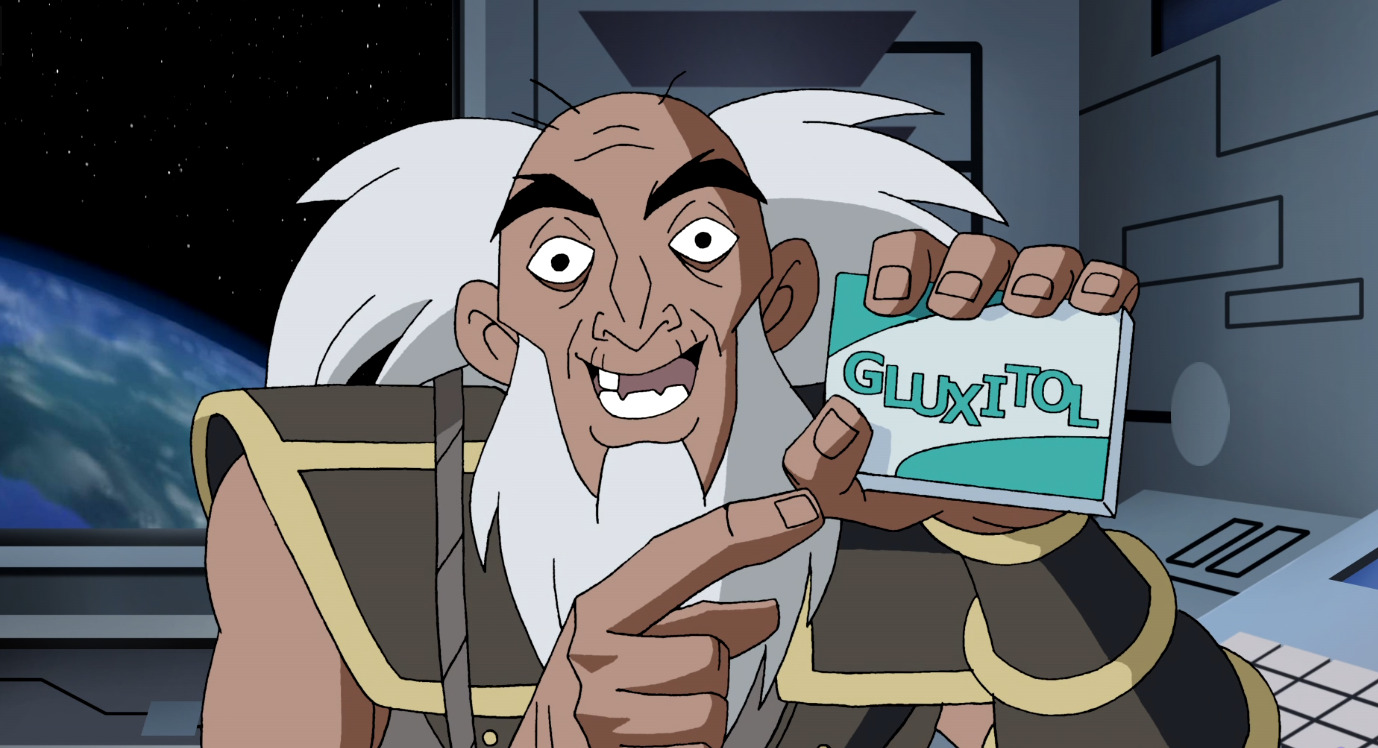 Is Mophir being exploited? Will there be an in-depth documentary exploring the rise and fall of Mophir on a streaming service in 20 years? Probably.