Images for CRISIS! episode #3! Click each image to enlarge! Leave your comments over on the podcast post by clicking here! 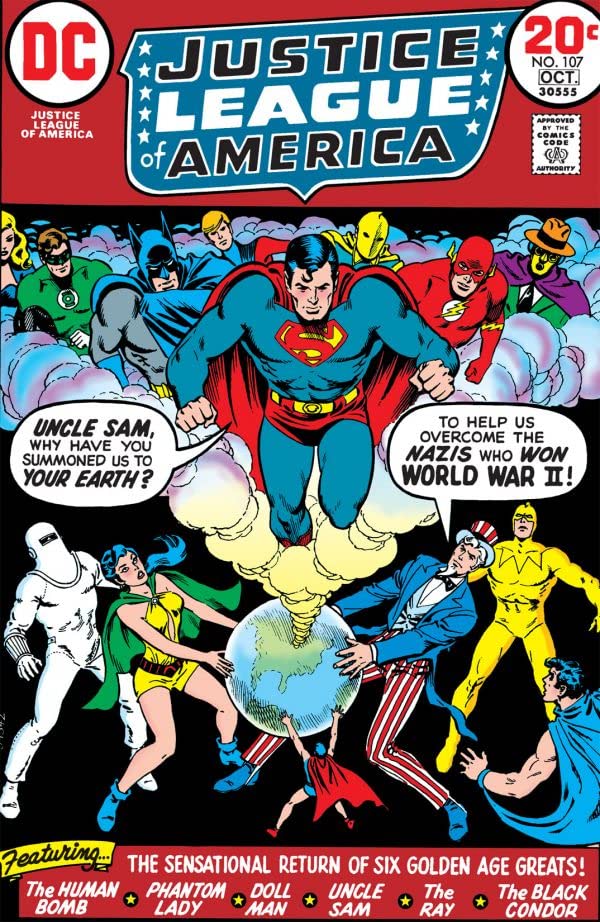 The new Matter Transmitter to travel between Earth-1 and Earth-2! And see how the JLA treats Red Tornado?!? 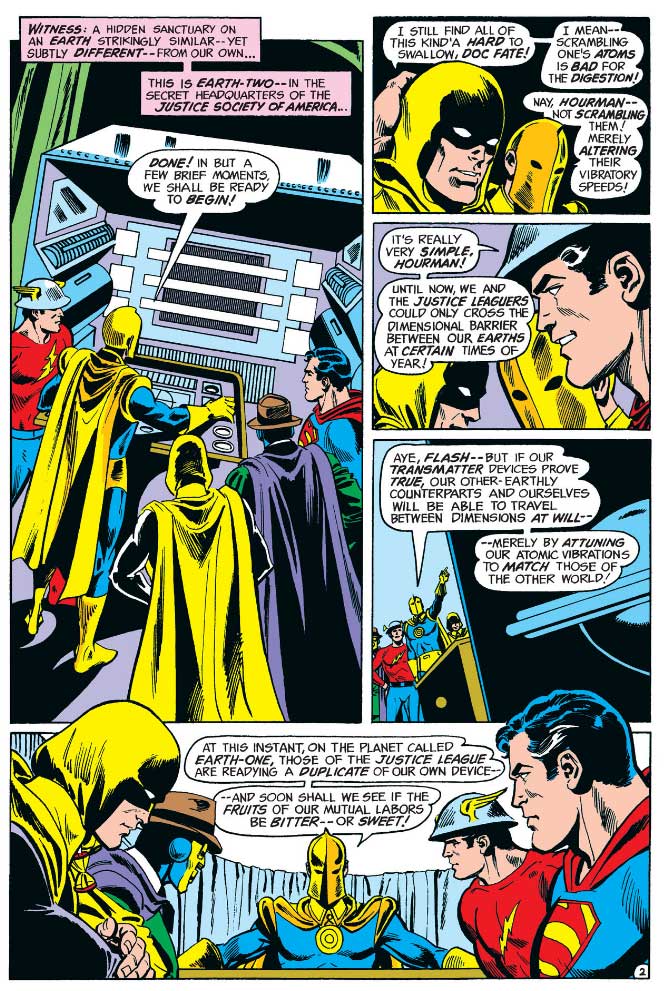 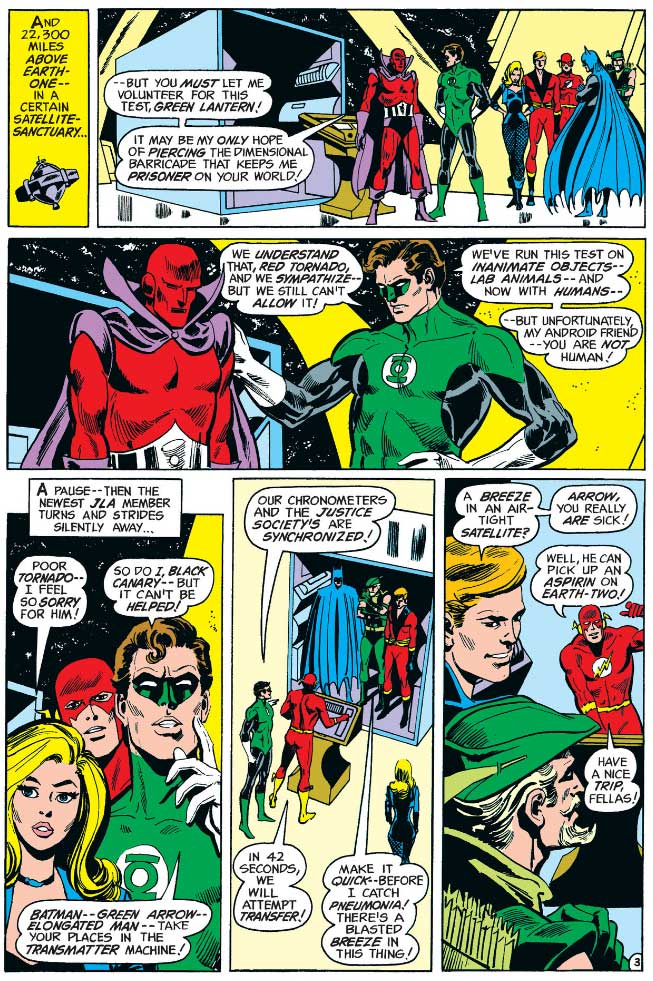 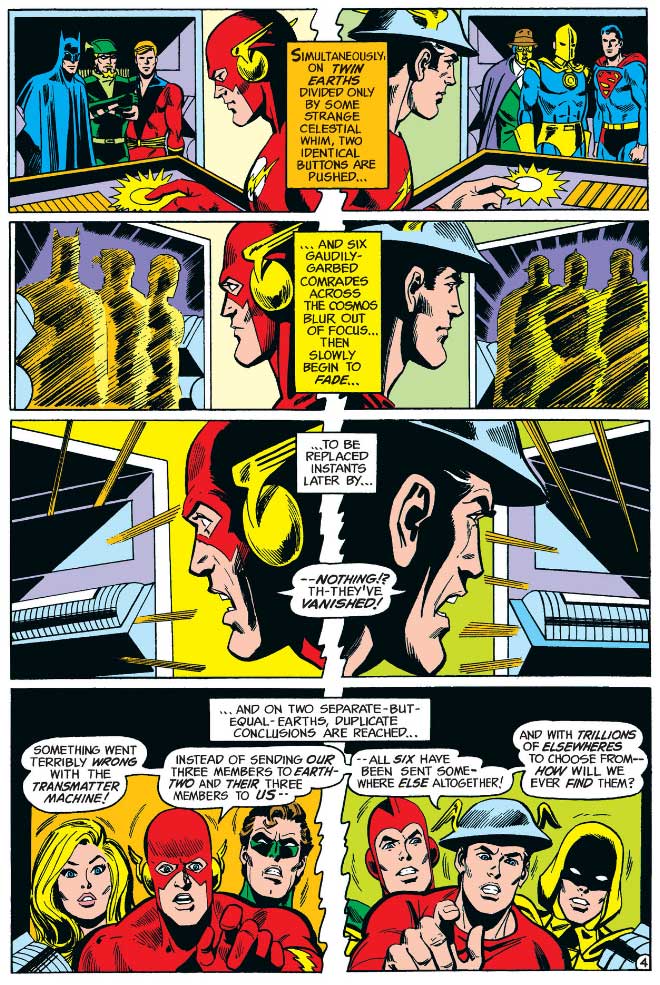 Whoops, said the JLA, we forgot to mention that the JSA teammate Red Tornado is still alive!!! And Nazis!! 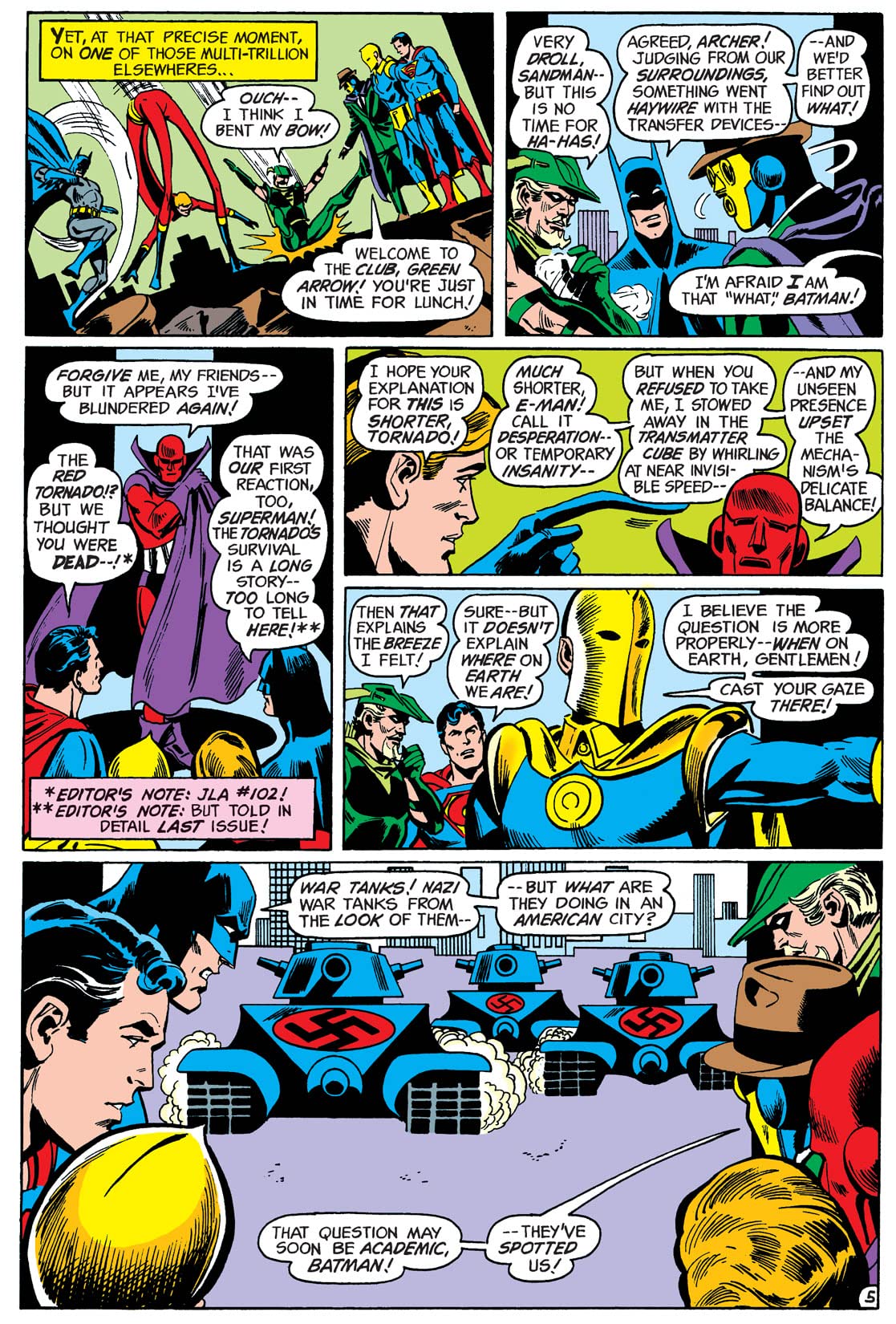 The Freedom Fighters to the rescue! 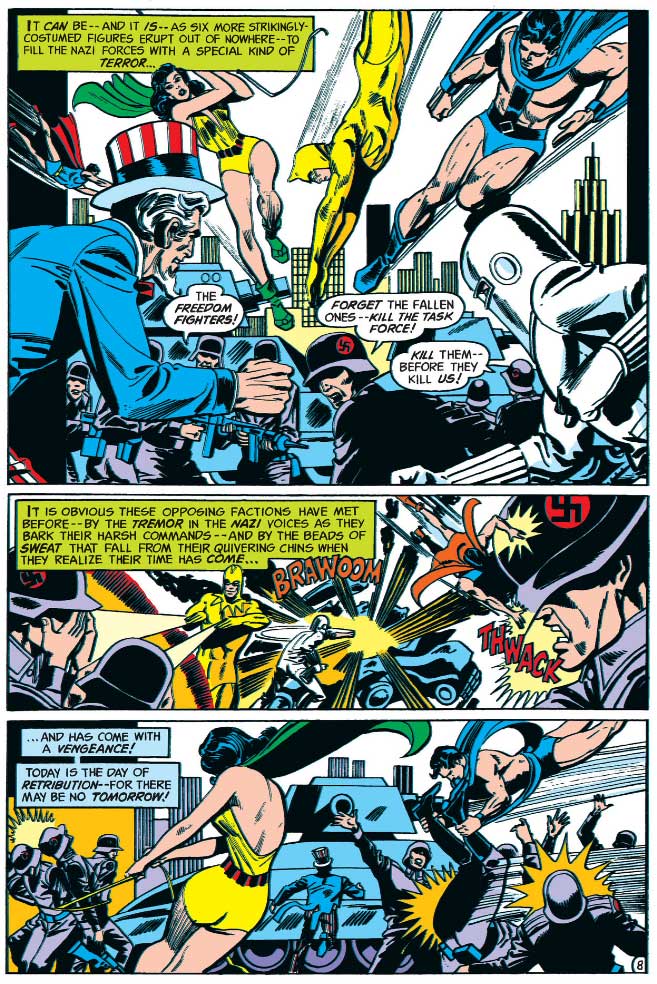 History of the Freedom Fighters! 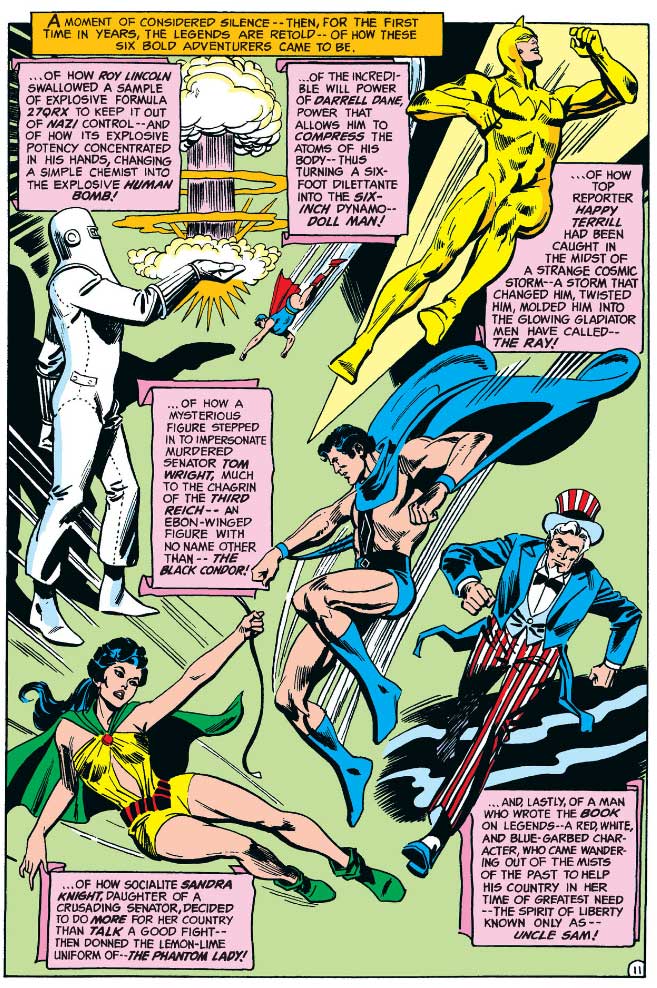 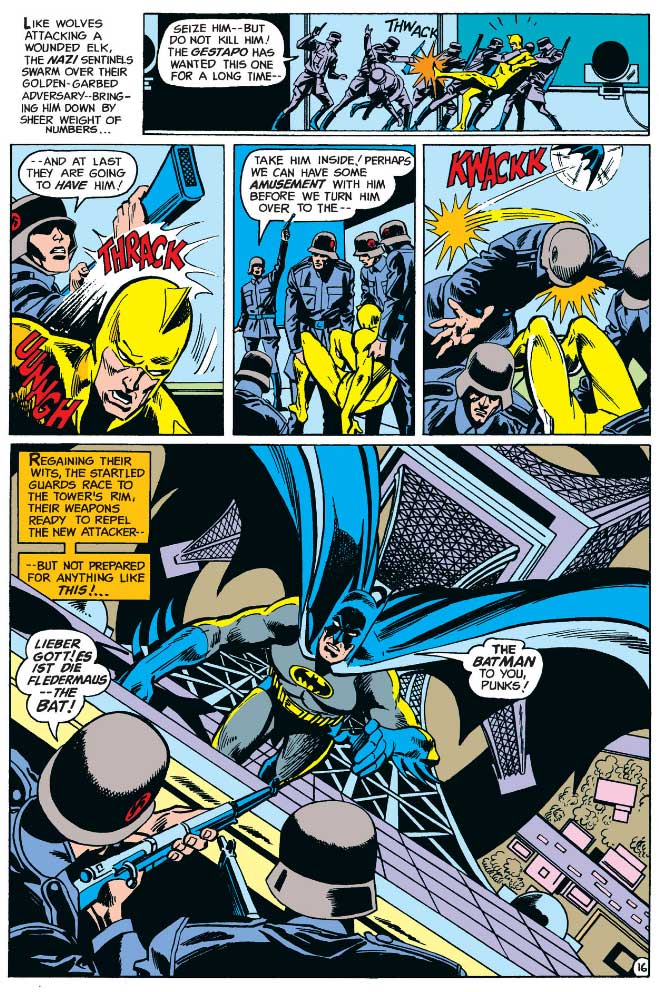 The heroes destroy the bad guy machine while hypnotized... by reflex? 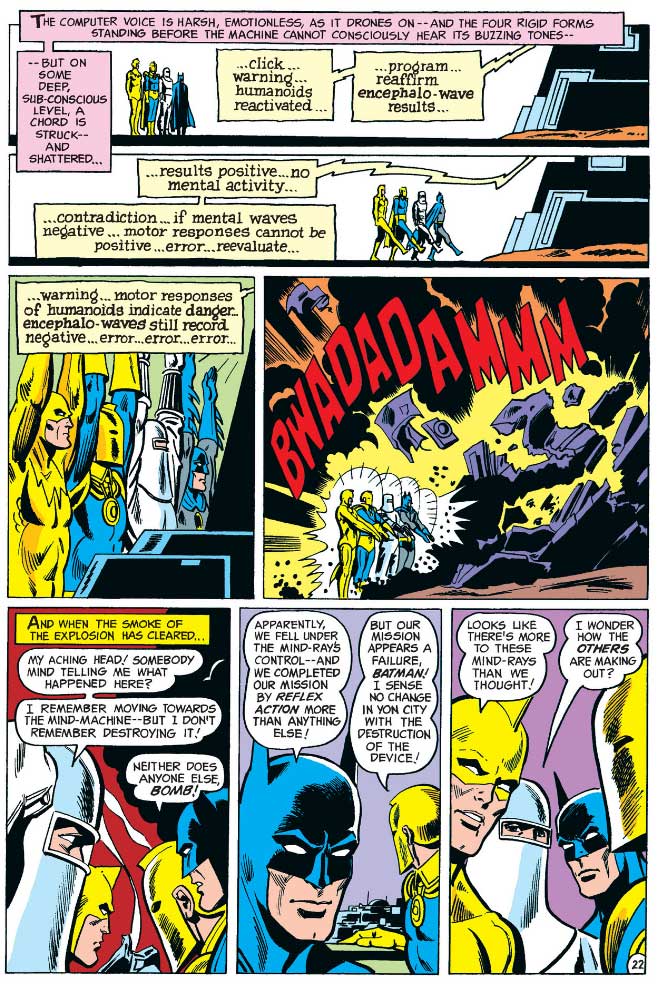 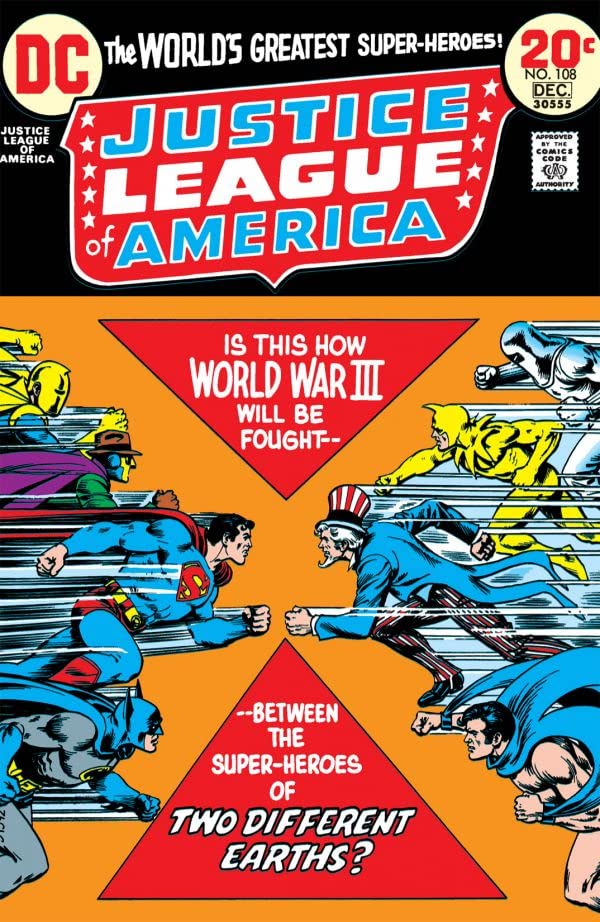 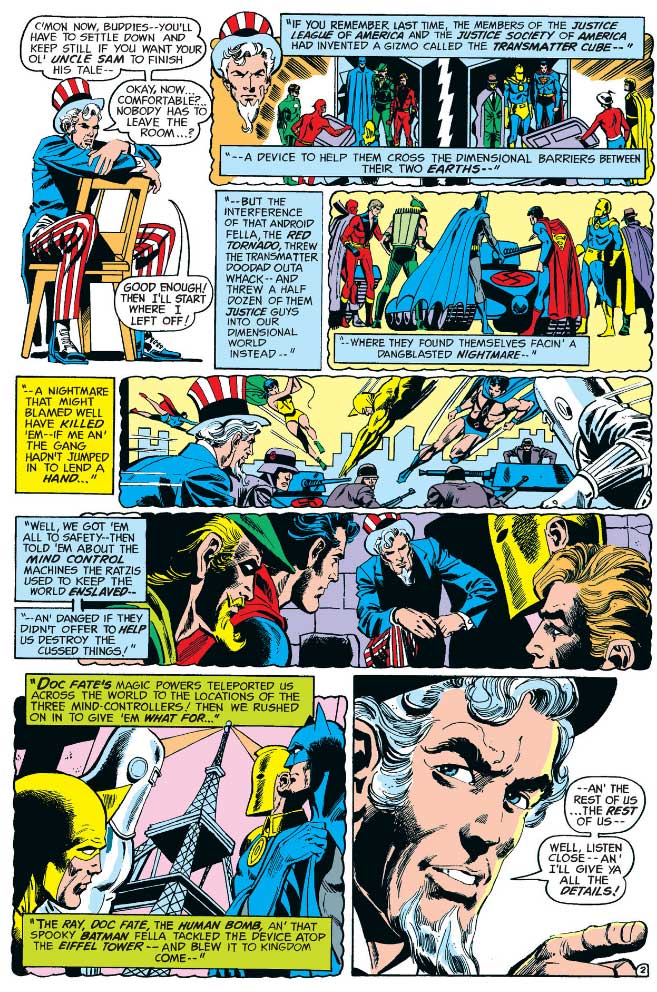 Why would you put Phantom Lady in a comic, and then decide to put her in a parka?!!? 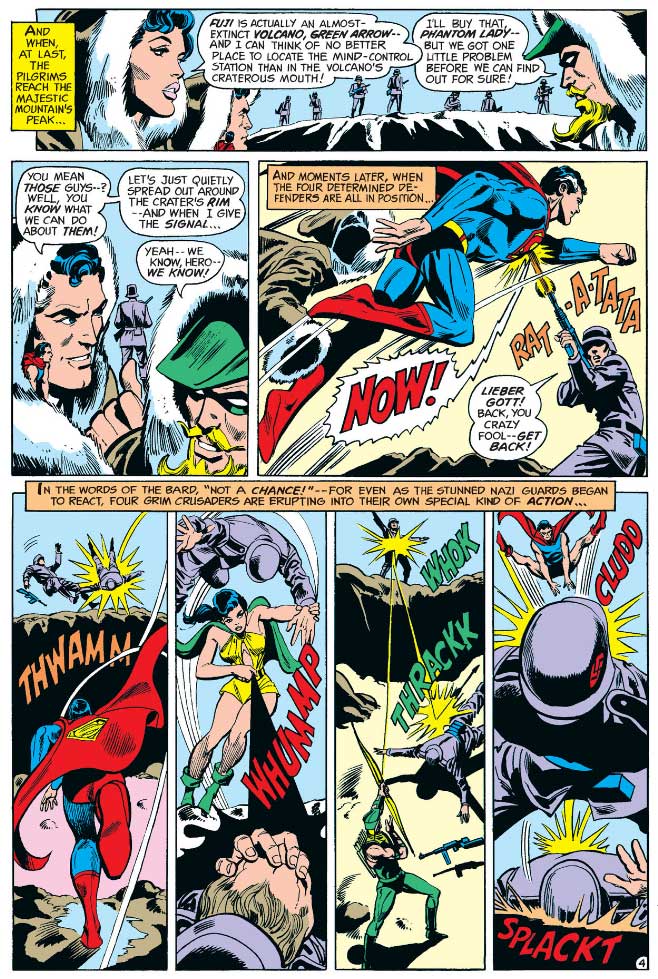 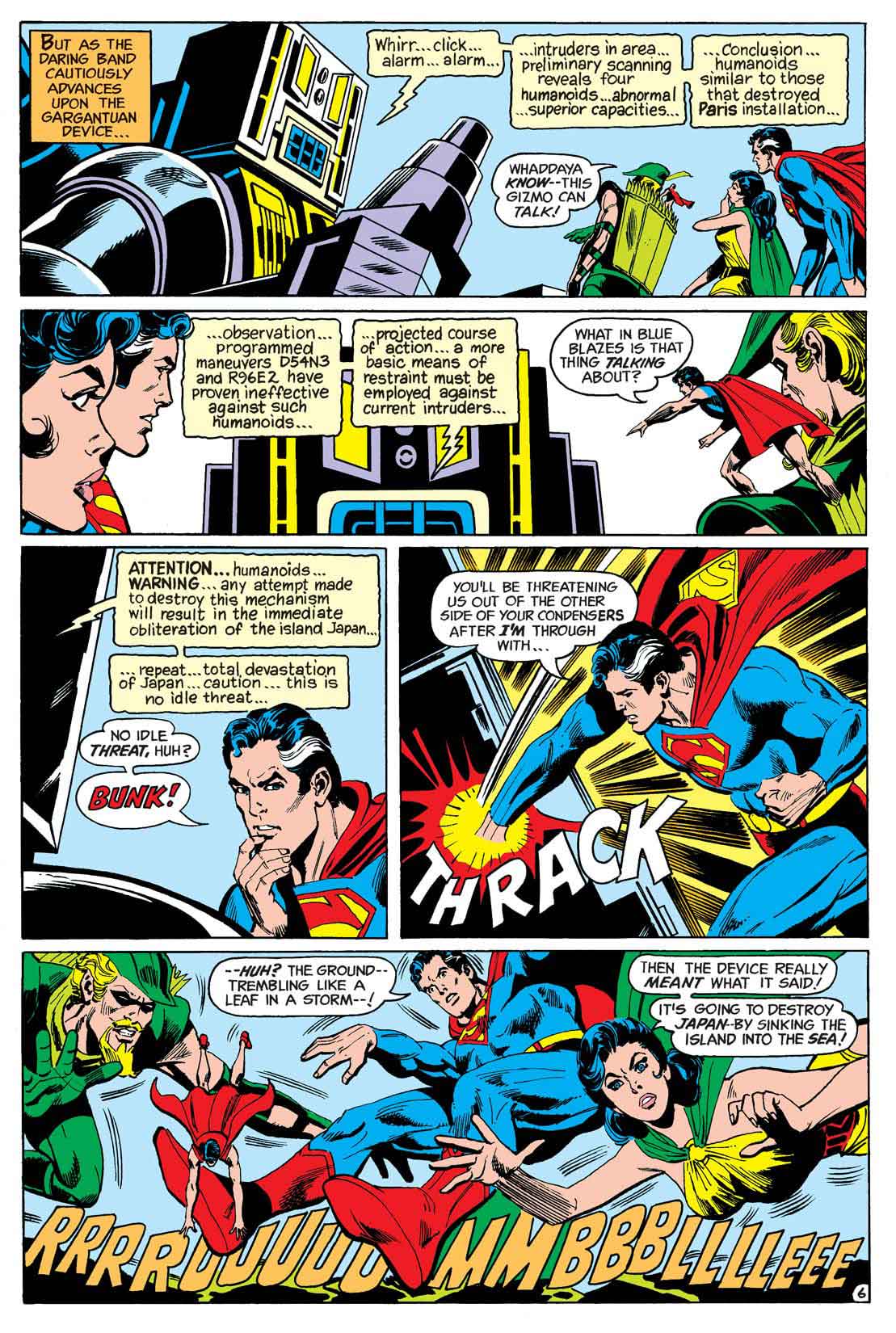 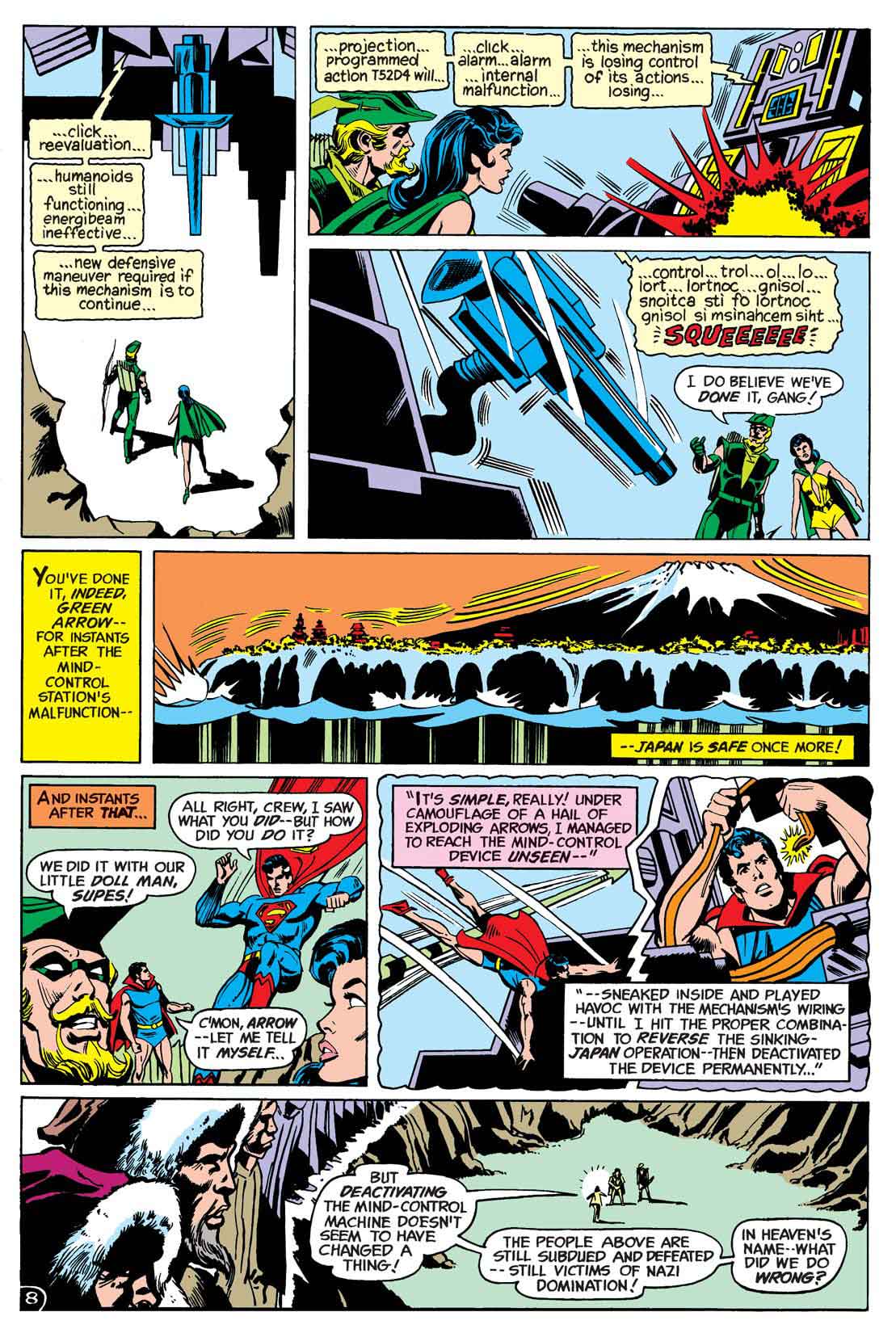 Elongated Man has cracked the case, and Uncle Sam cracks the sculpture of Hitler's face! 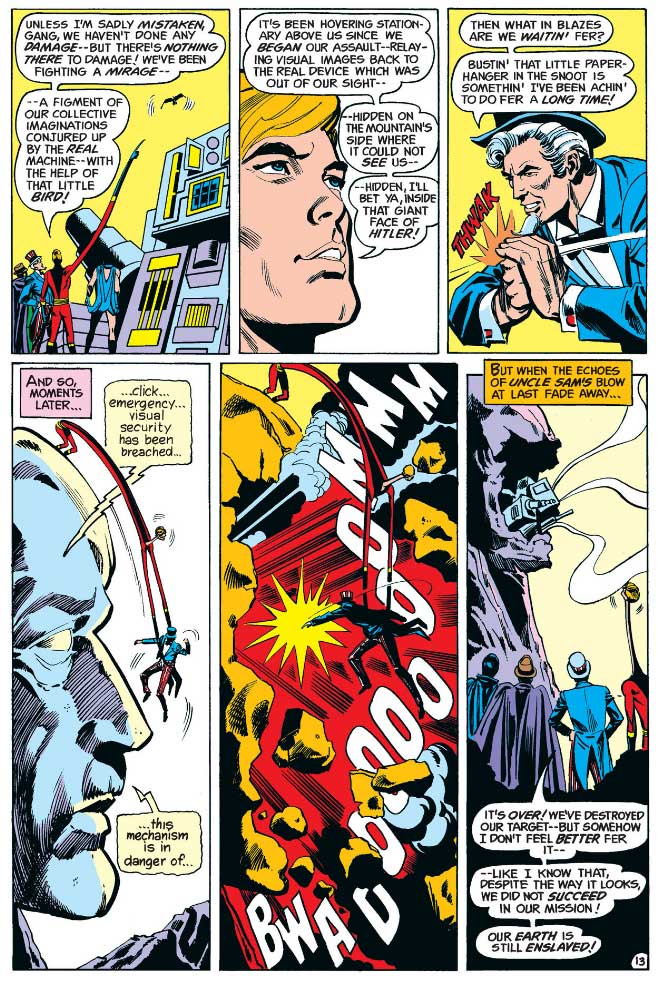 The JSA & JLA fall under the sway of the mind control devices! 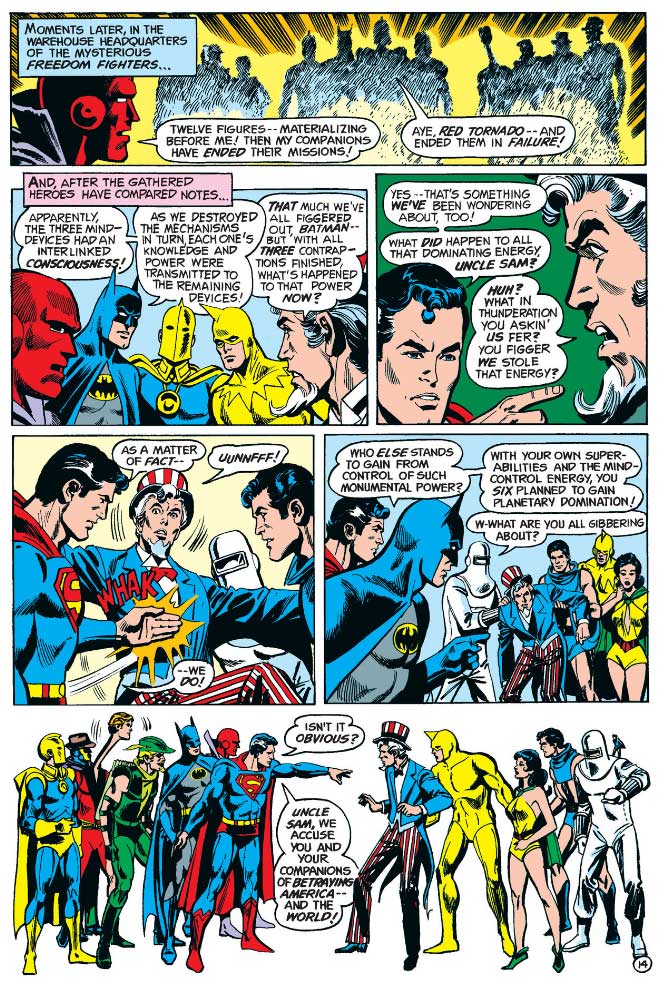 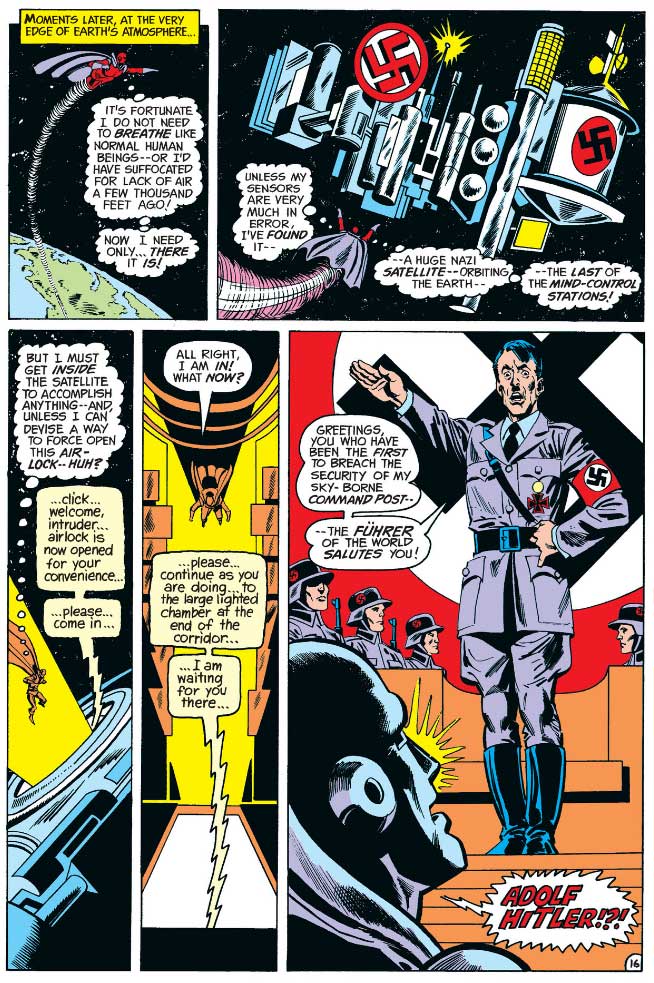 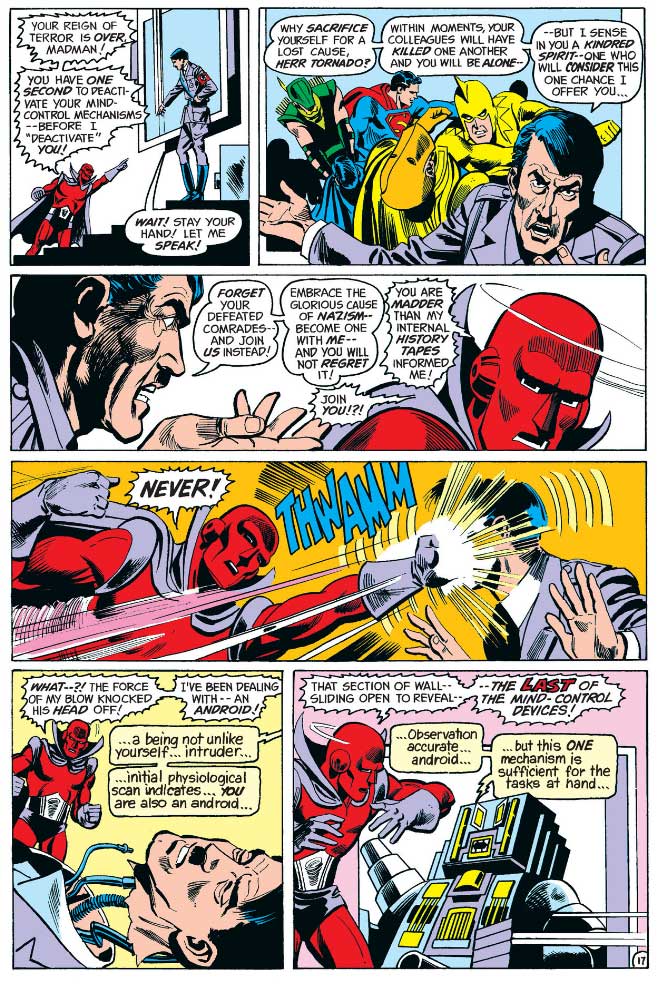 Thanks for listening! Join the fight for Justice!