Hong Kong Action Theatre! 2nd edition was published in 2000 by Guardians of Order. Written in large part by Nicholas Lindroos, Chris Pramas, Jeff Macintosh and Lucien Soulban; cover by Andrew Baker. To give some of the flavor, here's a sample page with some of the Wire Fu abilities available: 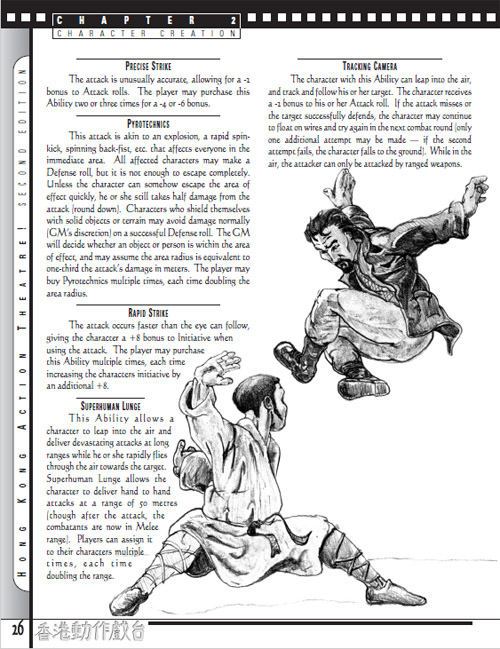 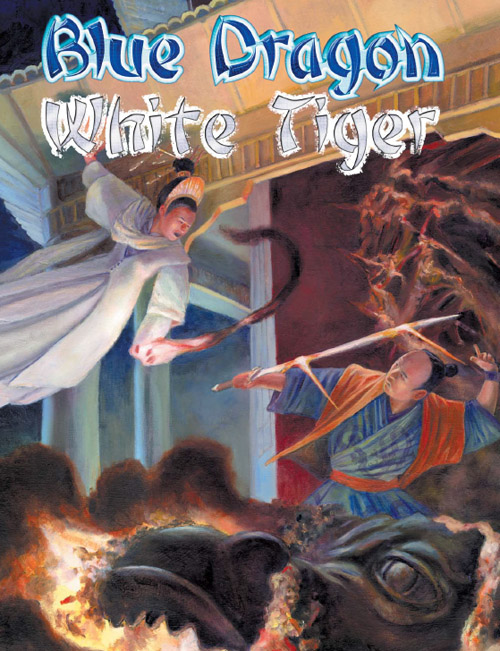 Here's a string of characters sheets: Furn's character (based on Bolo Yeung), Pout's (based on Louis Koo), and Sly's (based on a young Jet Li): 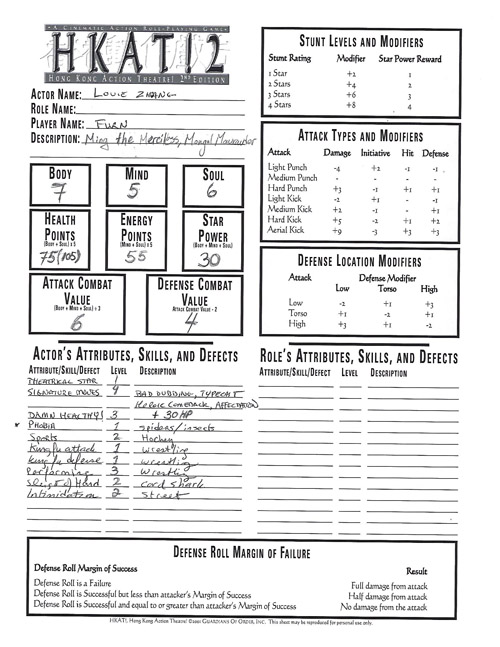 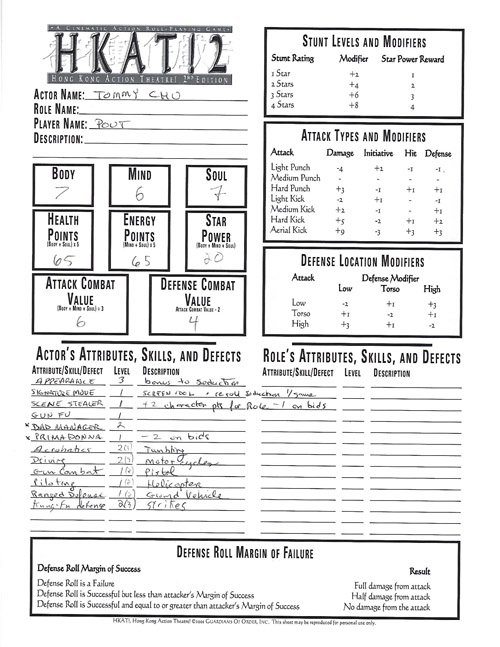 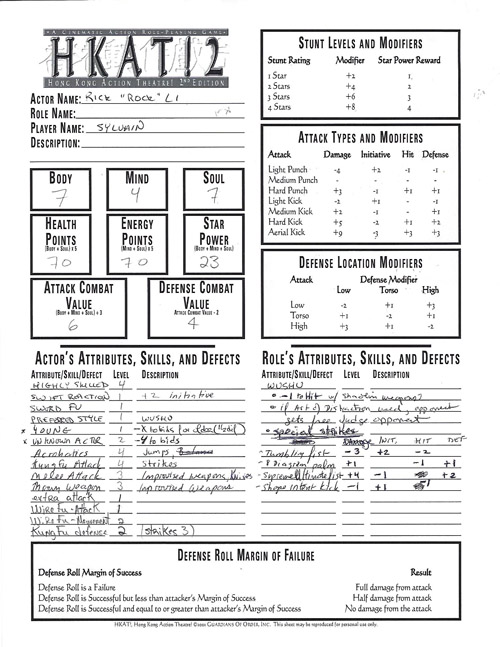 I wrote an article about my "teahouse" rules that included several martial arts packages for the game. It can be found HERE, but the Professional Wrestling package isn't in it. I present it below instead: 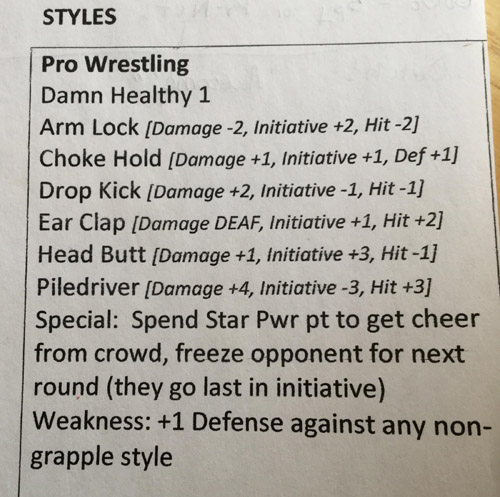 As opposed to Actors, Roles are crafted by the GameMaster/Director. Here's an example we discuss - apologies to English readers for the description itself being in French. (Doodles by Furn) 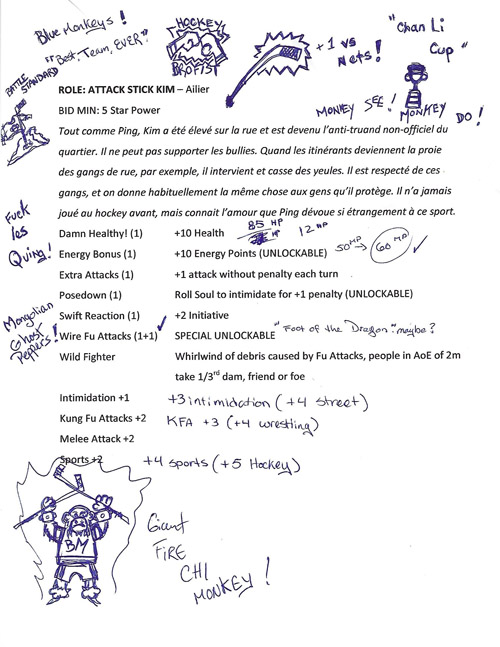 The website for our fake movie studio, Joy Luck Pictures, can be found HERE. It contains reviews for the "movies", actor bios, etc. Still, let me make looking at the posters easy for you...