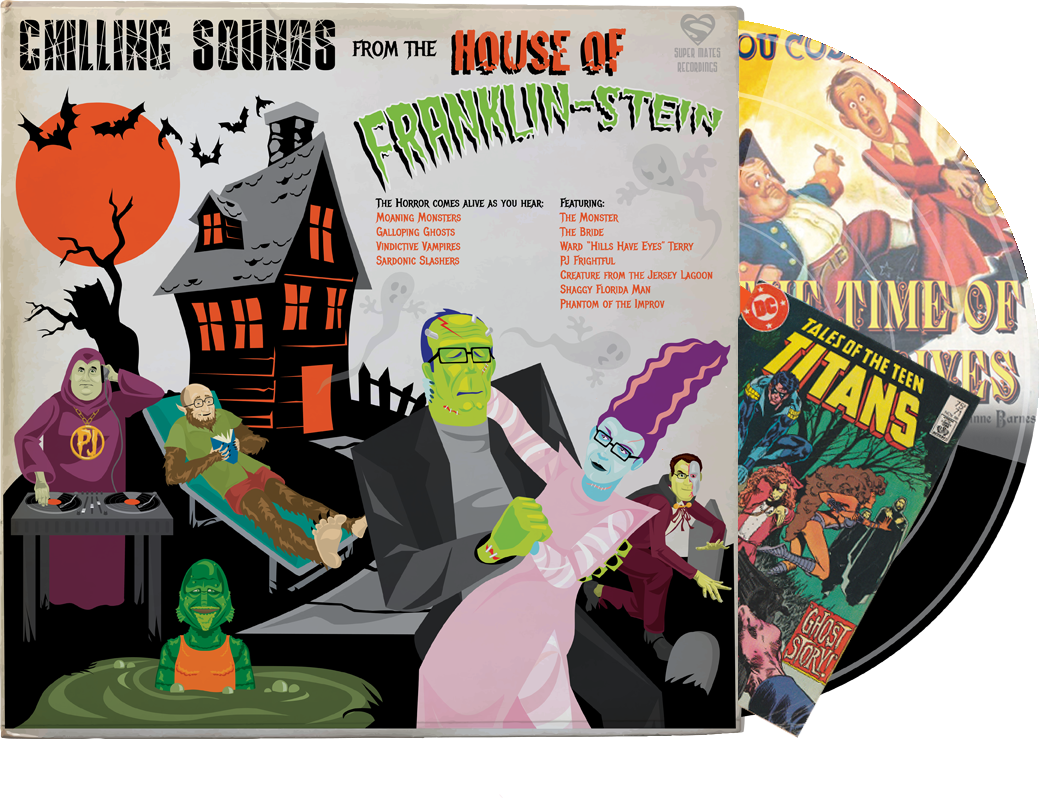 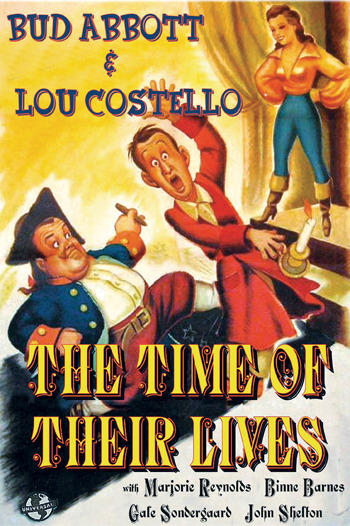 THIS poster fits the movie much better... 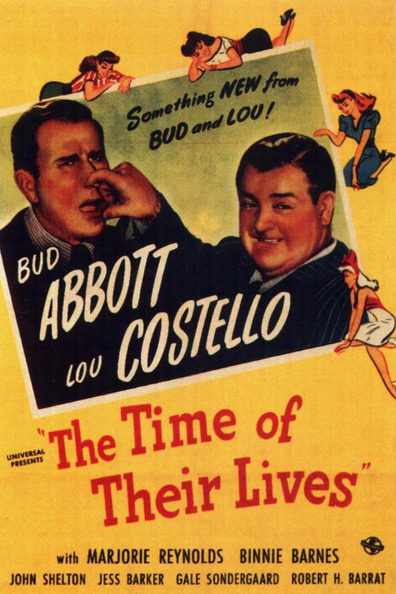 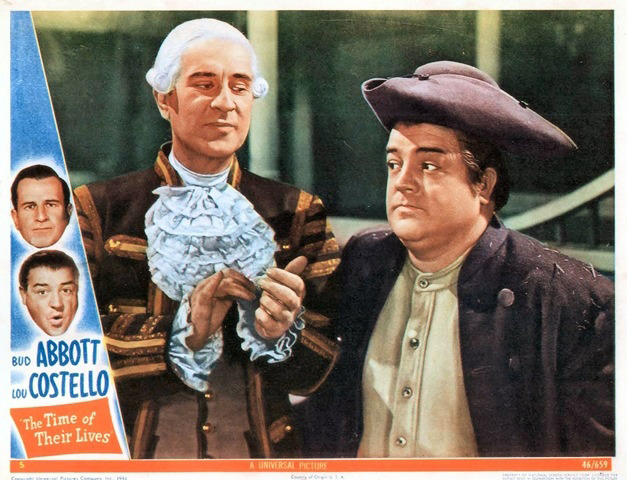 This lobby card shows both Bud and Lou in Colonial era garb. 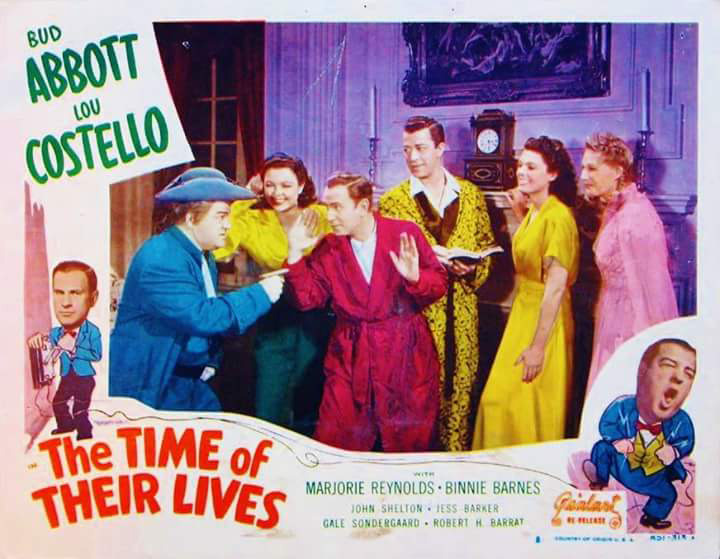 The gang's (almost) all here. That bit with modern Lou getting shocked was in a lot of the publicity materials. 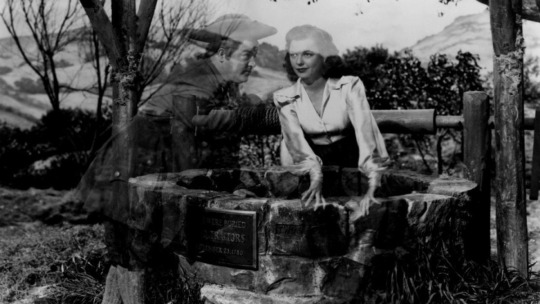 Lou and Marjorie Reynolds materialize near the well. Are their bodies still in there? 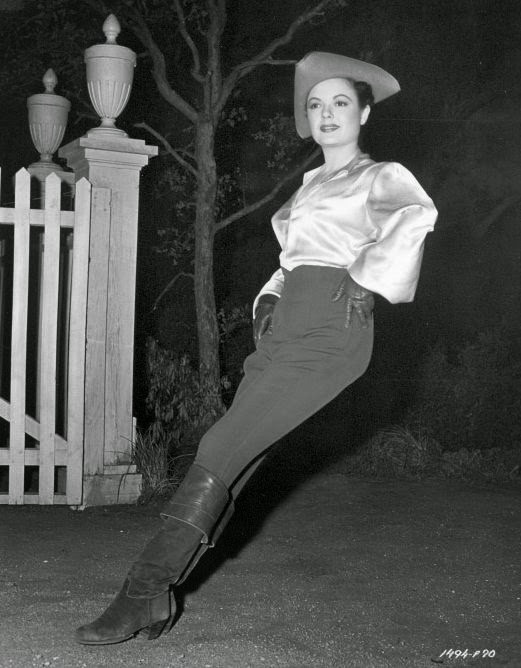 Marjorie Reynolds is a fashionable phantom, but either there's some early Photoshop trickery going on, or she has exceptional balance! 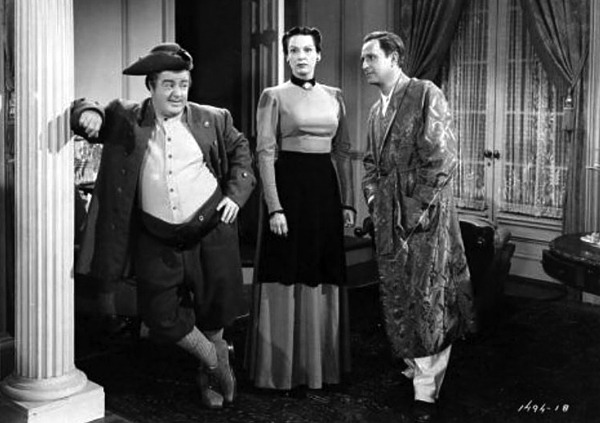 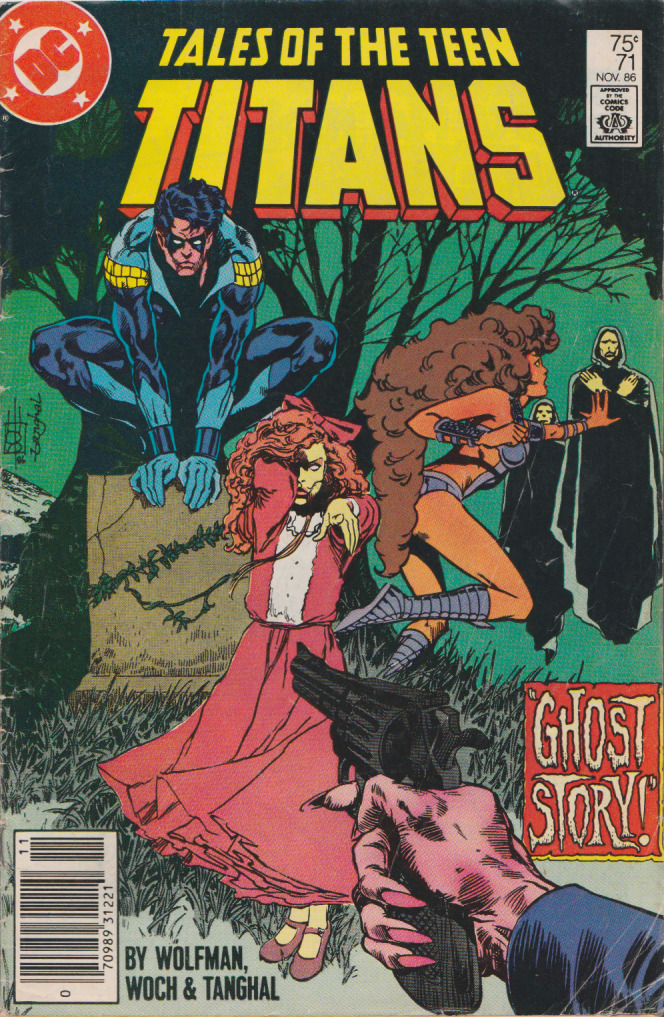 Tales of the Teen Titans #71, the "softcover version" of the comic. This cover is by the interior art team, bu who the heck are these people and what's going on? 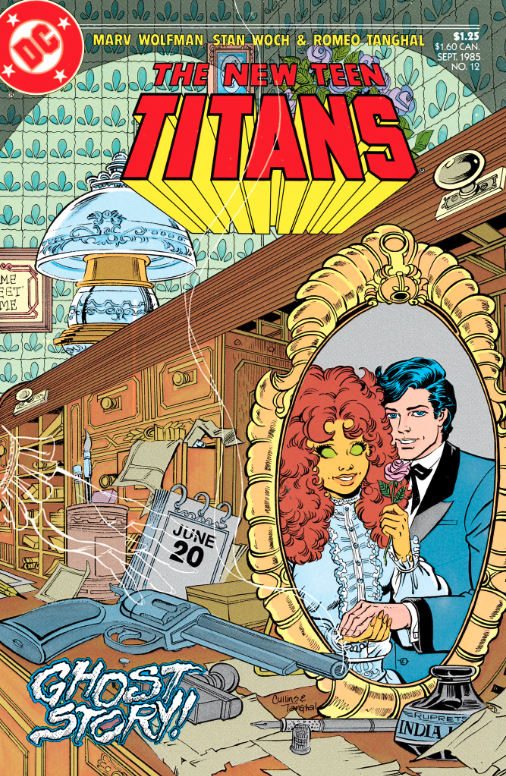 The "hardcover" version: The New Teen Titans Vol. 2, #12. The cover matches the story better, but is the gun a ghost gun? 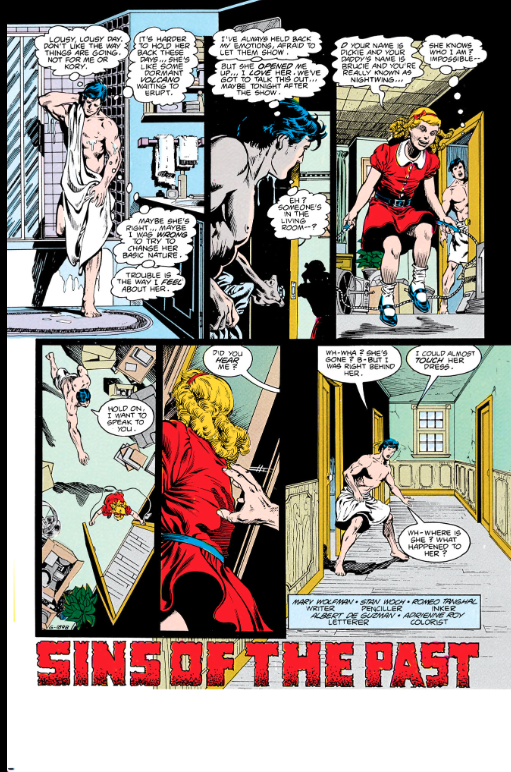 Dick Grayson steps out in the hall in only a towel, and millions of fans rejoice... including Cindy! 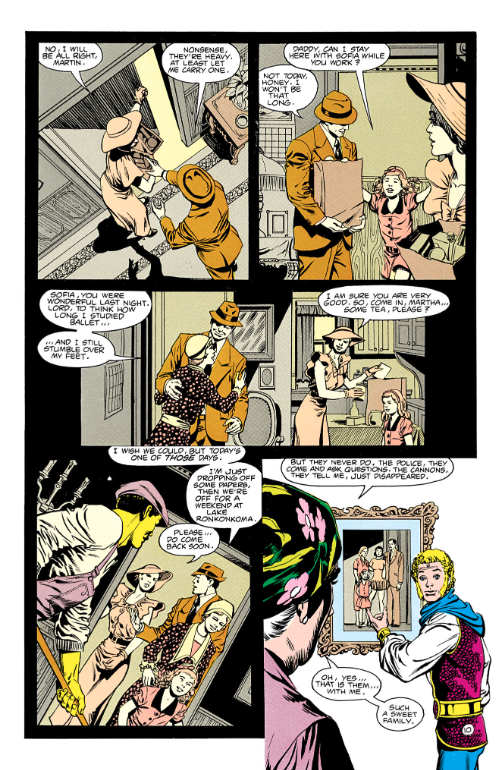 Flashback...and Jericho gets to do something! 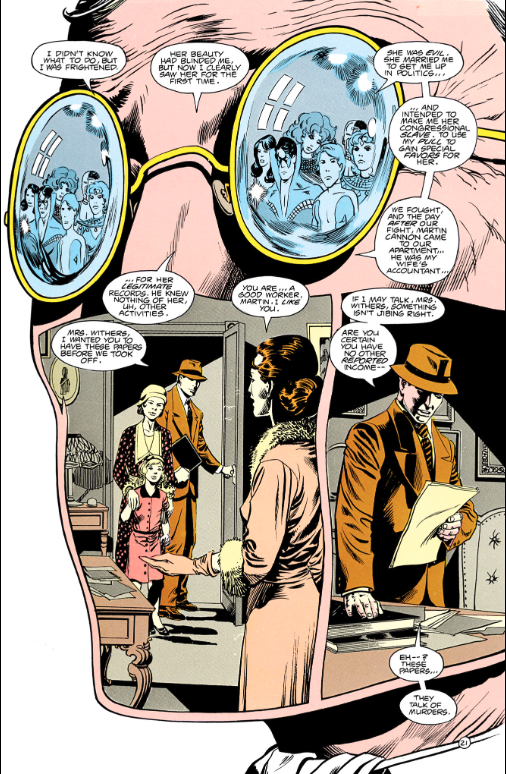 That REALLY strange layout, with panels over the Congressman's face. 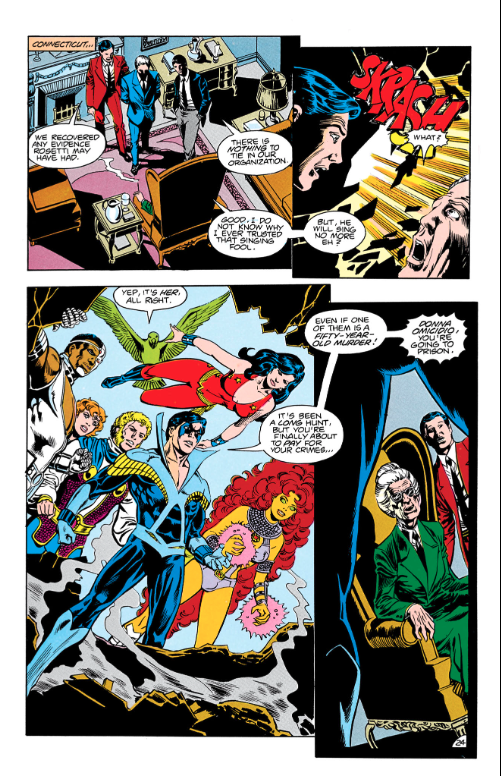 The Titans finally nab Donna Omicidio. Who, you ask? You had to be there. 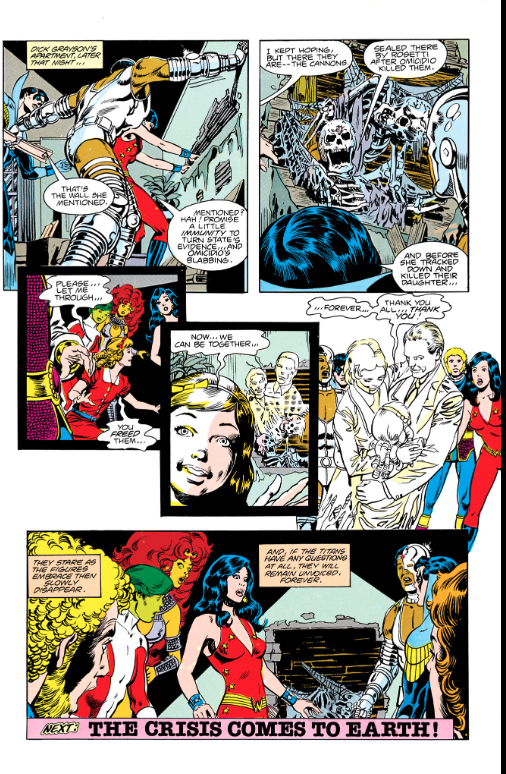 The Cannons are finally laid to rest, and reunited. And the Titans act stunned, even though they just fought off a demonic invasion like 6 issues ago. 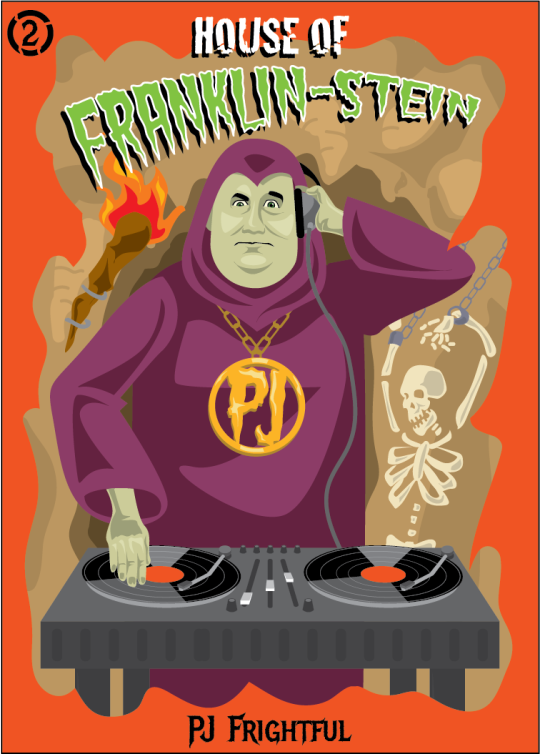