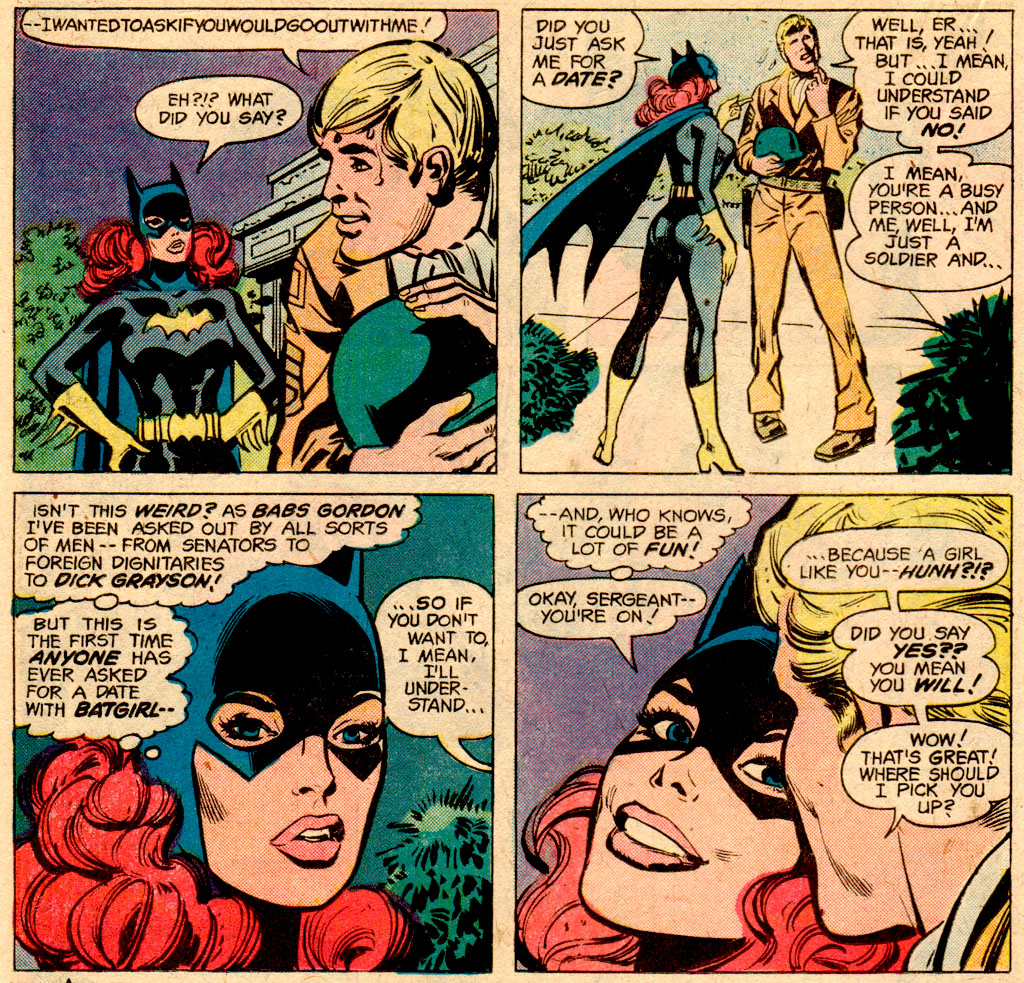 Hi. Batgirl here. Following are some very impressive computer screen pictures of pages and panels from DETECTIVE COMICS v1 issue 483 — in color yet! While you would need to have an expensive Alto mouse to do this, moving the cursor over each image allows you to enlarge the image with a simple click. I have been told that if you want to send any feedback via electronic message, you would have to, again, use a mouse to go to a “show page” by clicking this word. Enjoy!

Xum wondered how these “Squadron for the Advancement of Everybody” terrorists could shoot straight from such awkward positions. Lucky for me, they couldn’t. 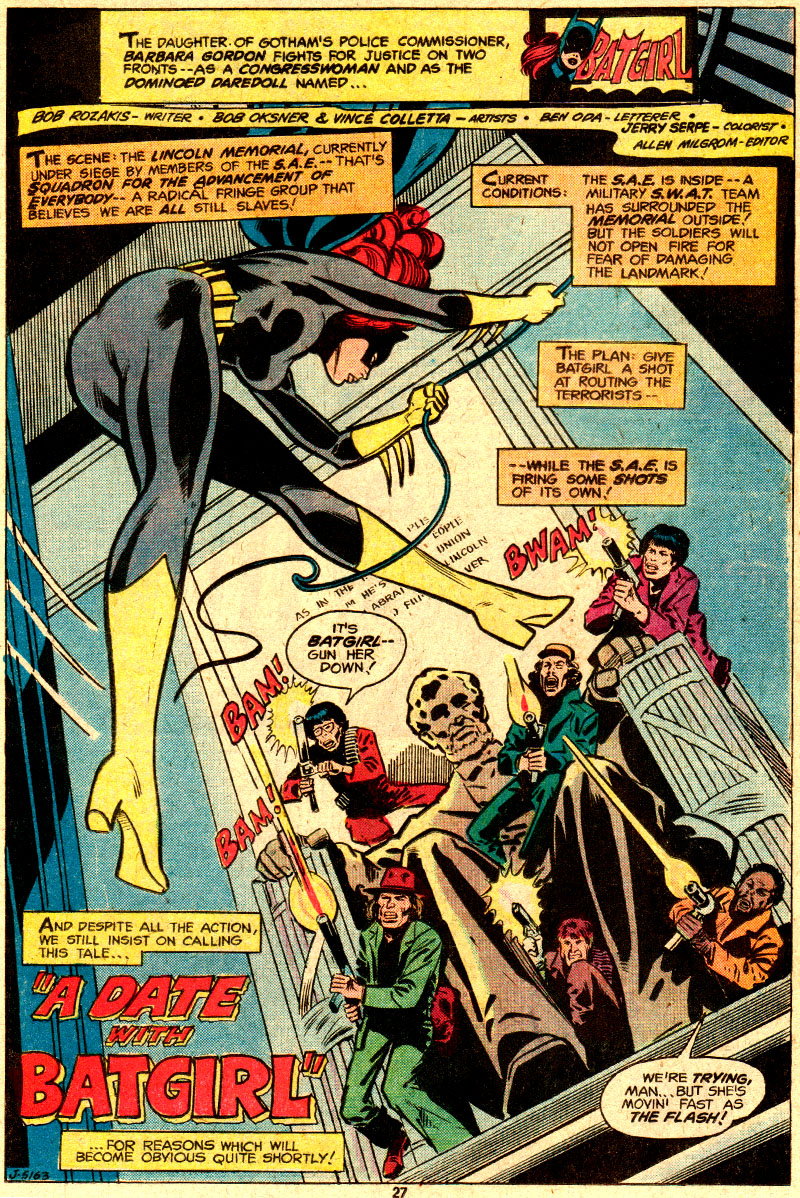 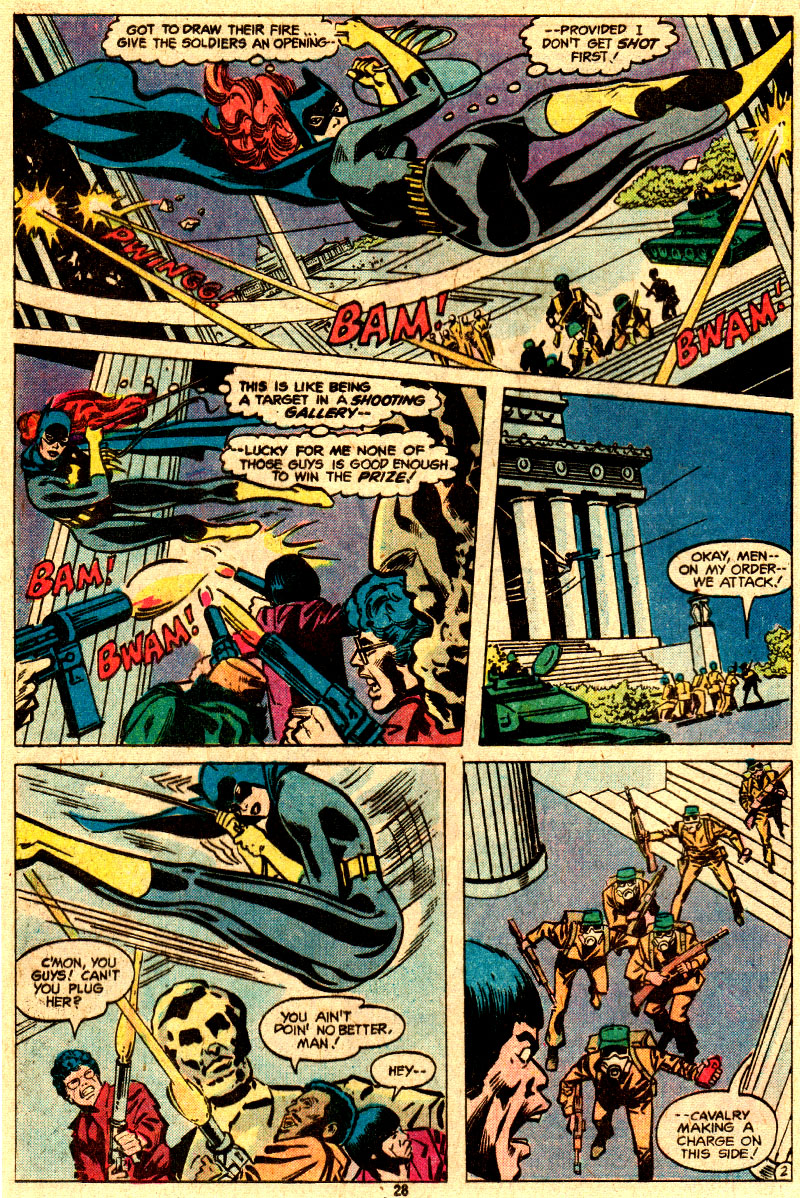 This fight had actually taken place at the Lincoln Memorial, in case you were wondering. 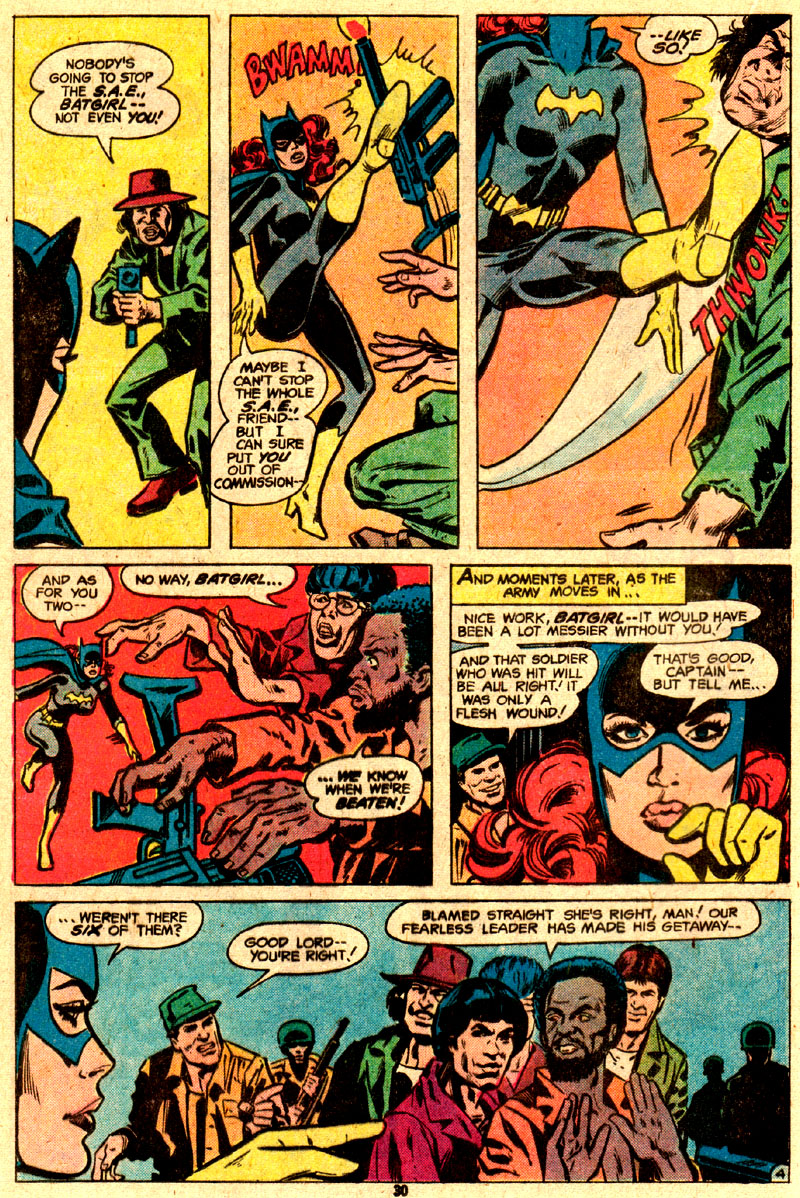 At first I had thought the Sergeant had some additional intel on the S.A.E. terrorists. 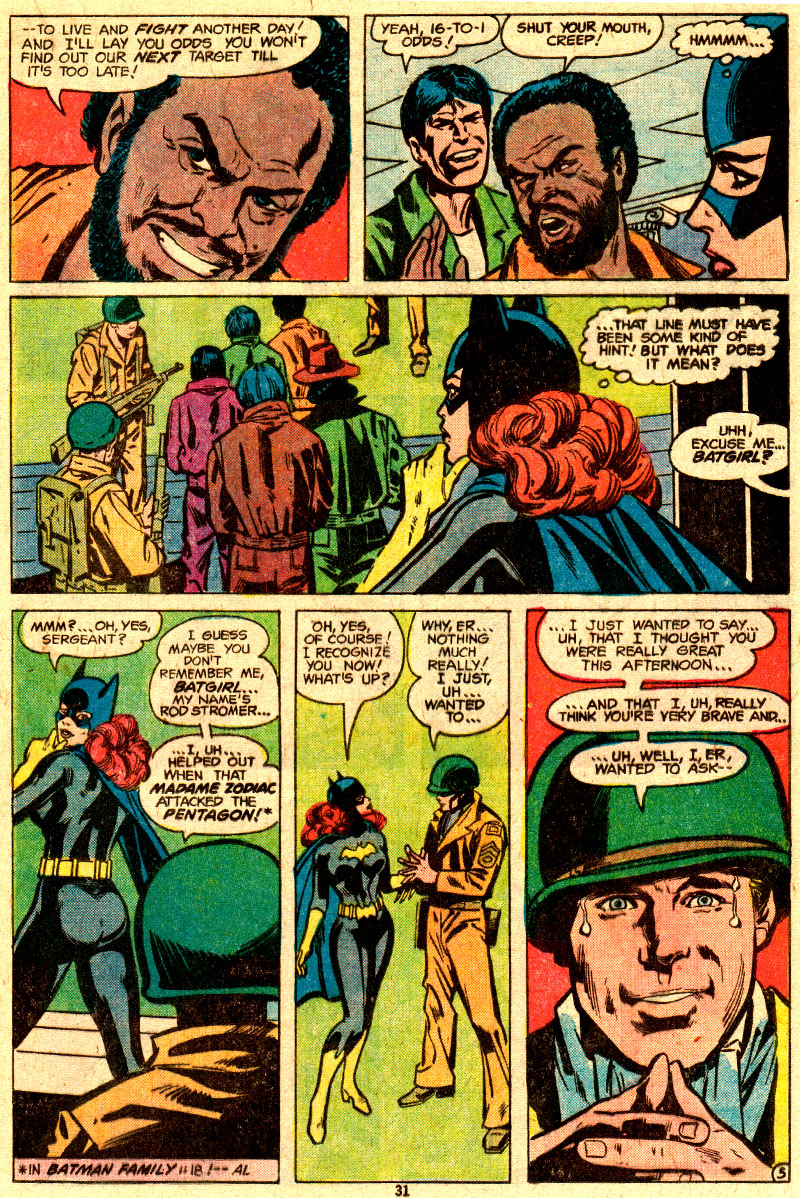 By the way, I don’t remember it being so windy that day — especially indoors. Hmmm. 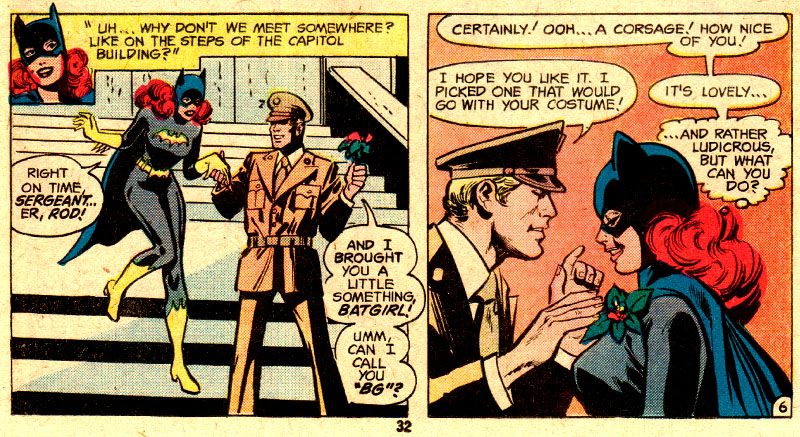 Just one of the necessary evils of being a celebrity. 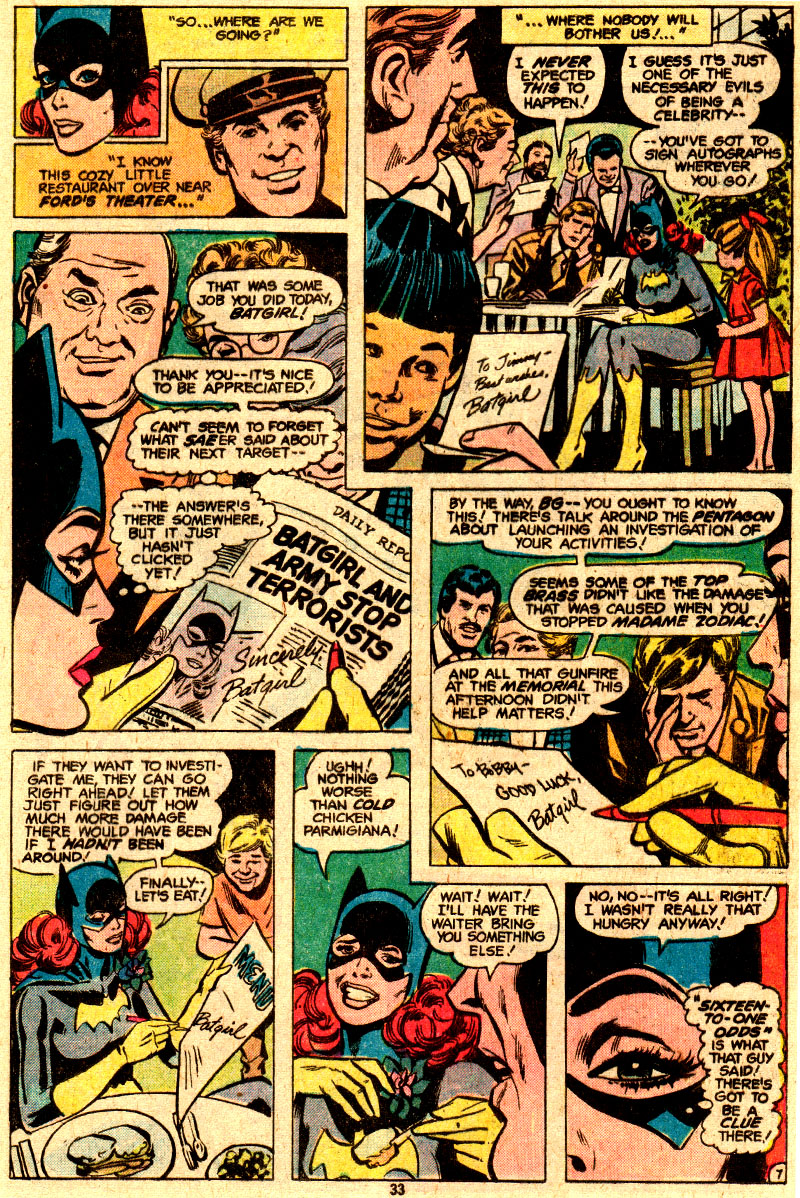 Just so you know, I just threw that handsy soldier down to the floor right in front of me.  It was not as over-exaggerated as the “ippon seoi nage with a twist” shown here. 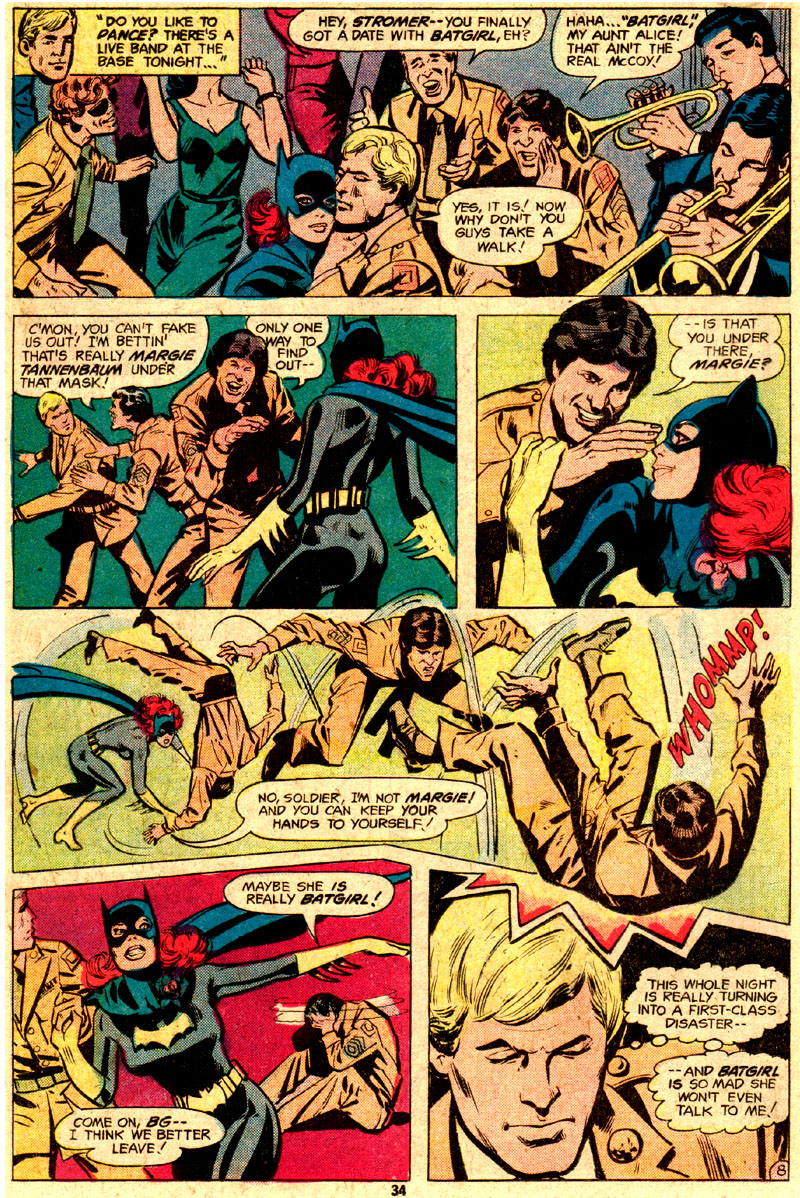 To clarify, Rod drove one of those new Mazdas, and not a Porsche, as Xum had initially thought. 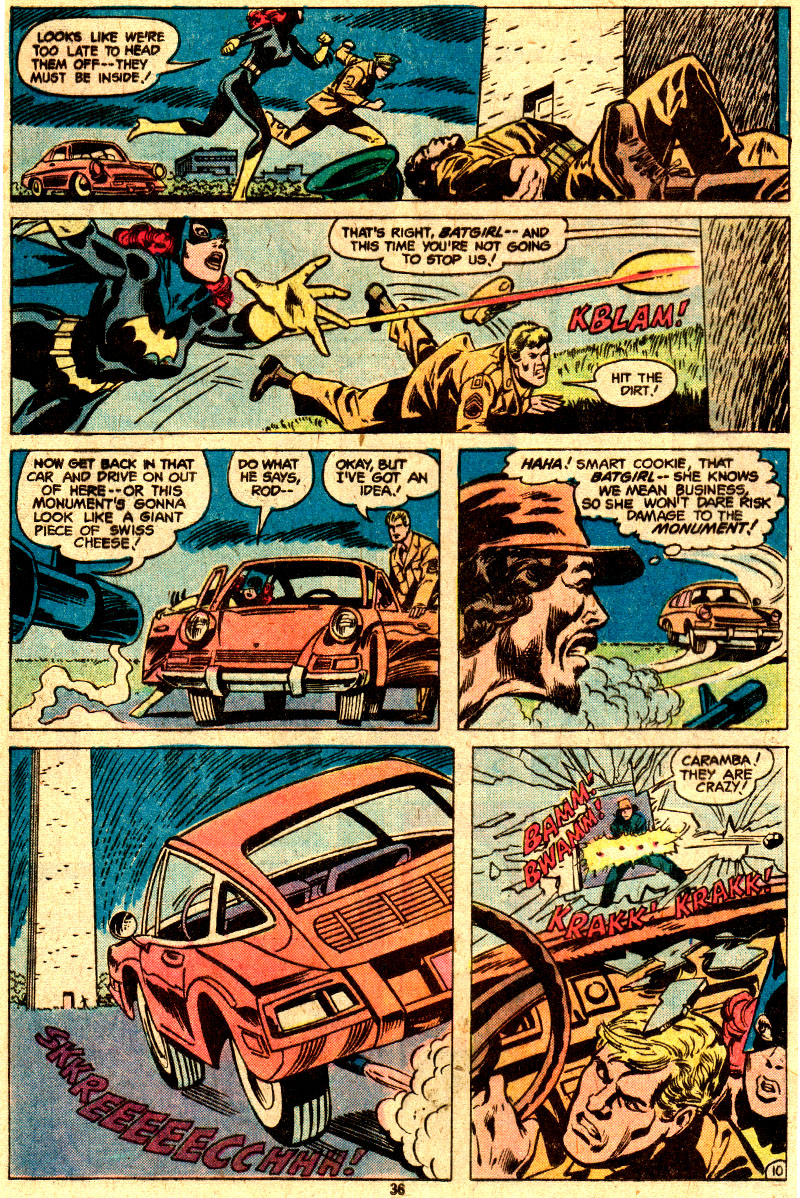 I had meant to just knock that one terrorist back in panel 3… honest. 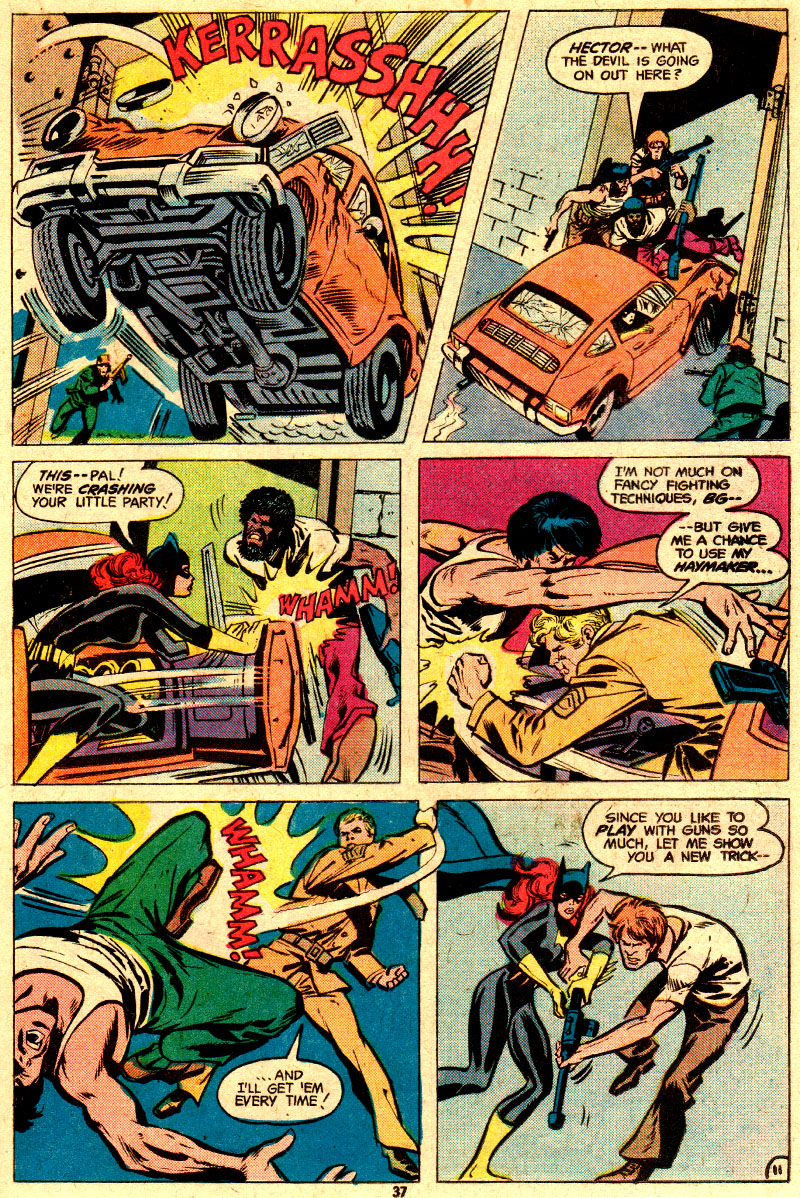 This Bob Rozakis fellow must had added that word balloon banter to try to make the story more entertaining. 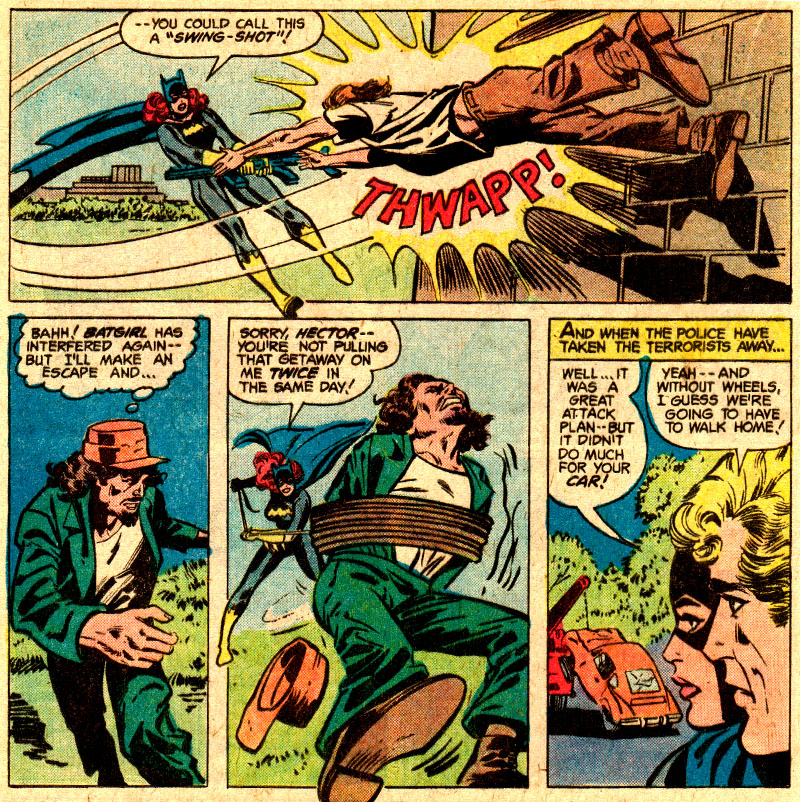