I am the Supreme High Chancellor of Ungara. And you are looking at data-converted images used to perpetuate the cover story that the malefactors of the notorious "Xum Crew" are mere "podcasters" who enact a detailed reading of historical accounts recorded in what they call a "comic book" format. In this instance, THE FLASH V1 issue 231. Enabling your interactive icon will grant you a closer look at these images. However, only my commentary is permitted. You may leave your notes on what these malefactors call the “show page,” which you can access here. 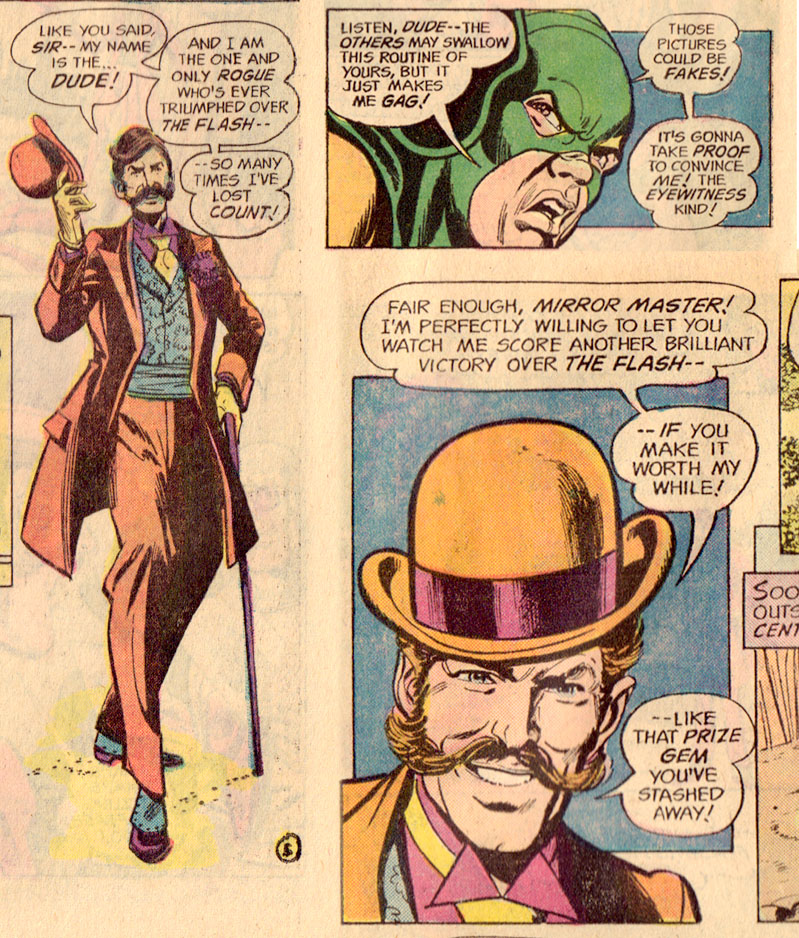 I had never before seen a convention for social outliers predisposed to evil and villainy. 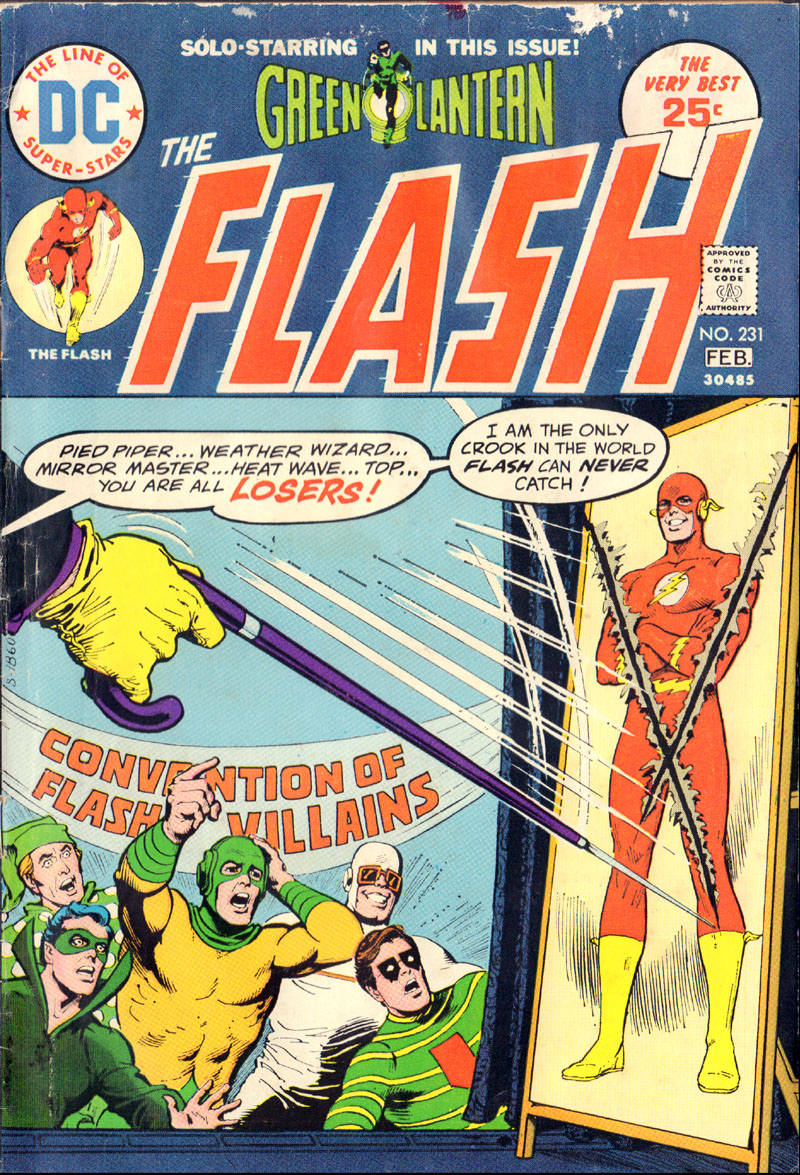 Given his reputable speed, auxiliary law enforcer Flash's defeat at the hands of this "debonair Doctor Who" does not make sense -- unless the Flash's speed was not as reputable as it appeared. 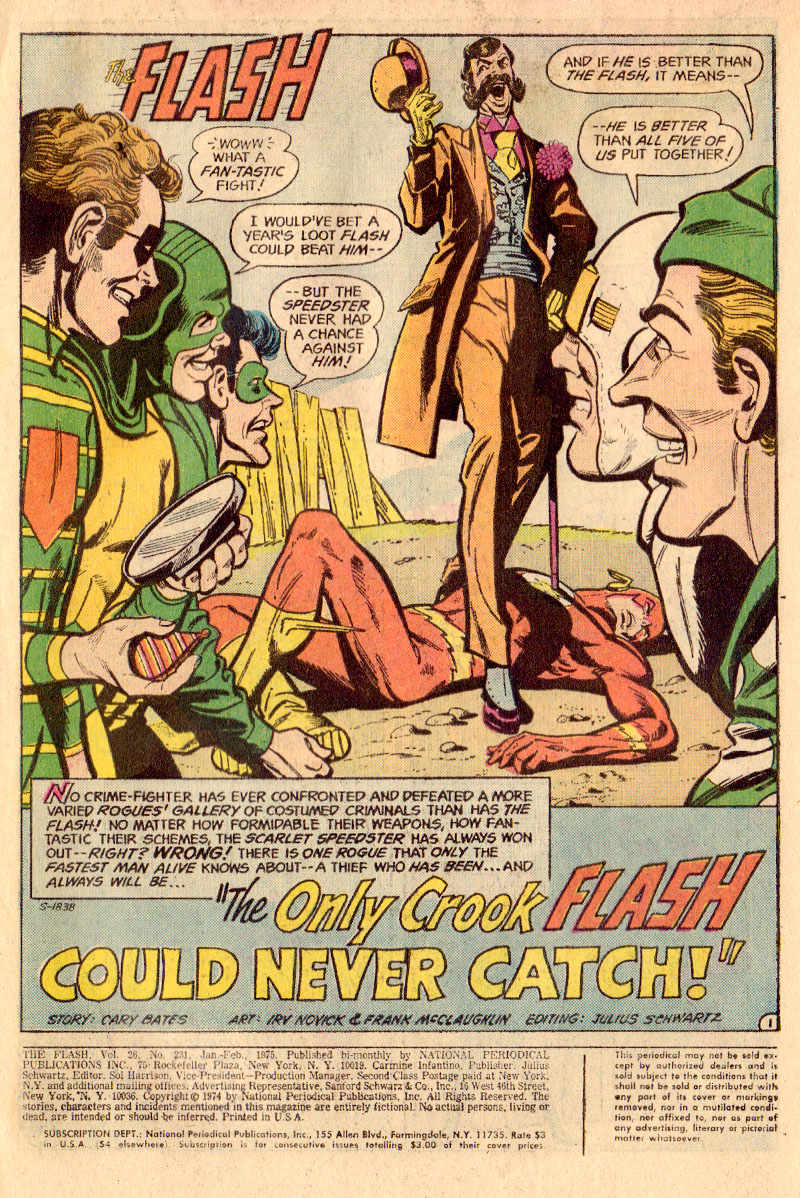 Note how this Xum Crew possesses such intimate knowledge of notorious criminals and their exploits. 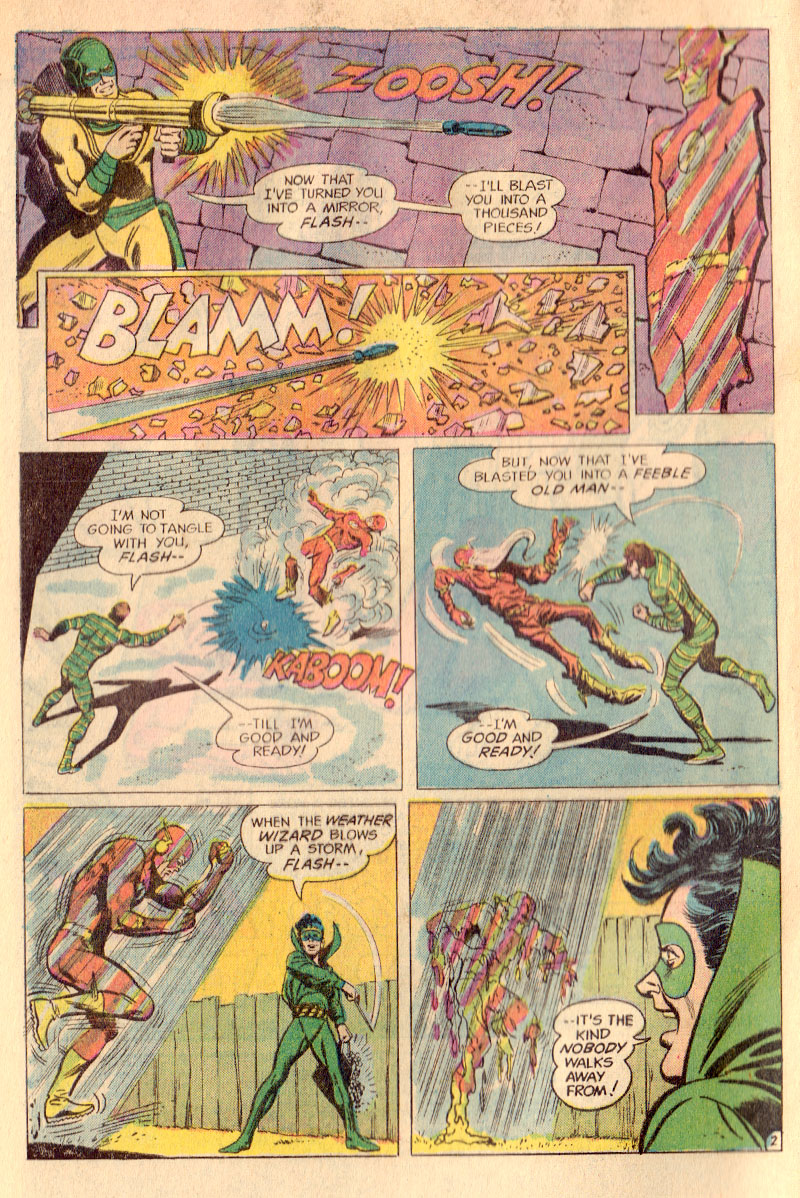 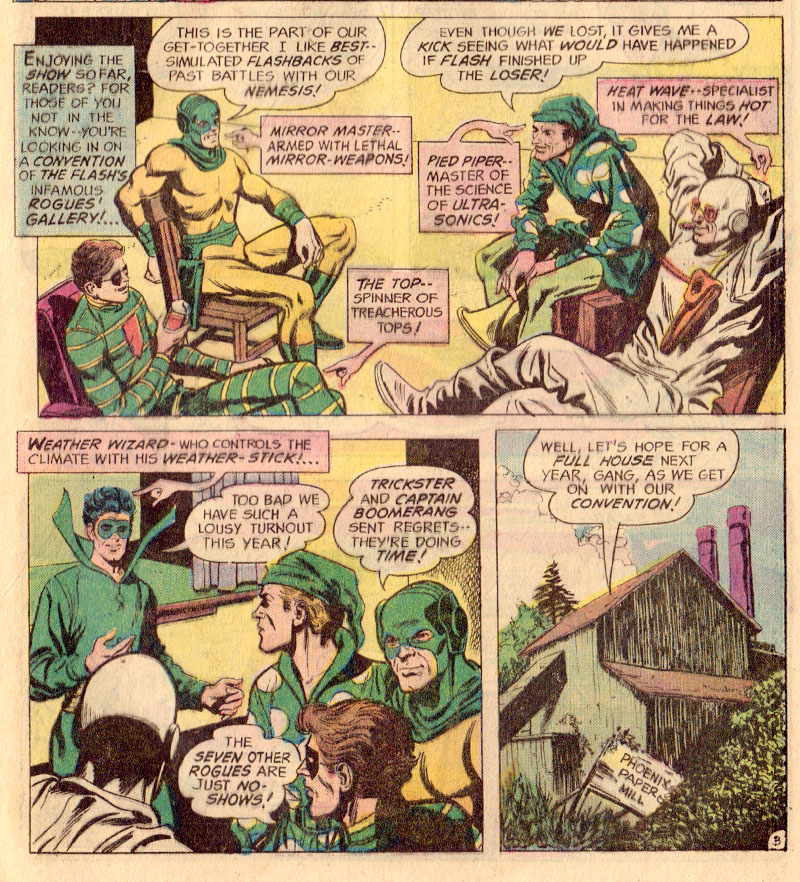 I agree with Iris Allen's suggested course of action. 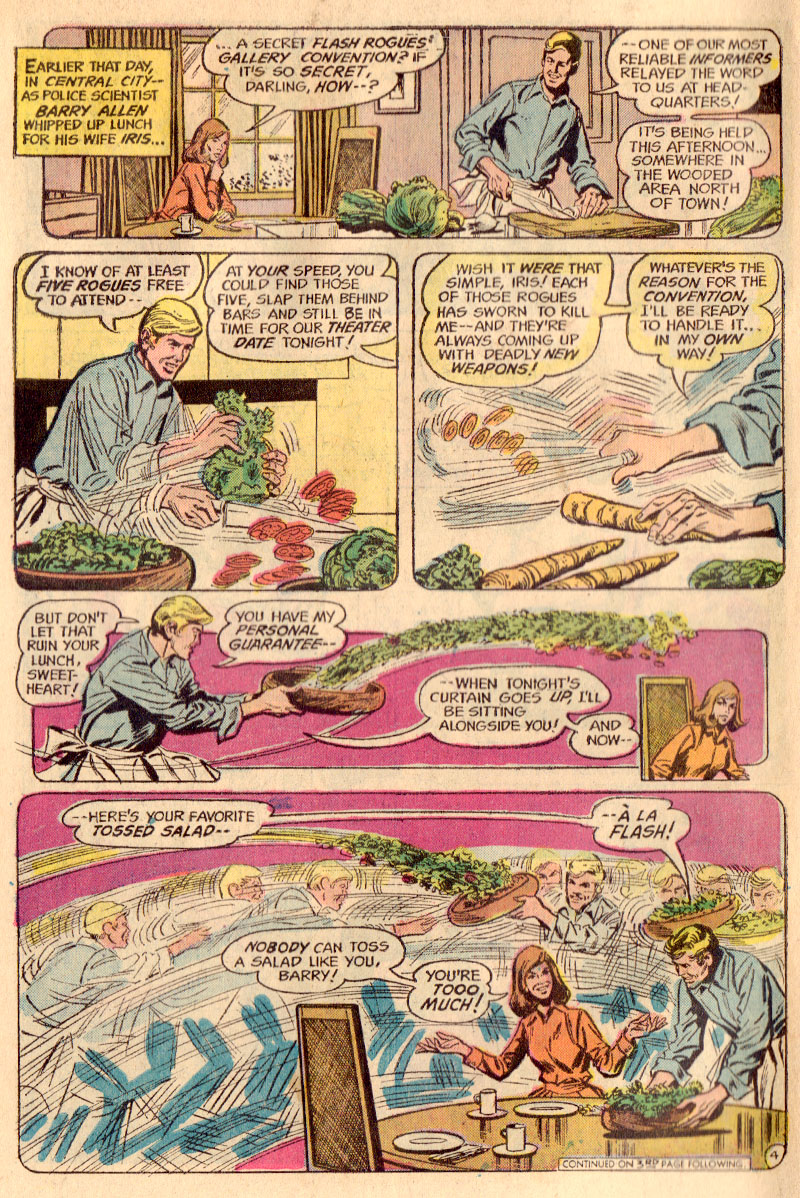 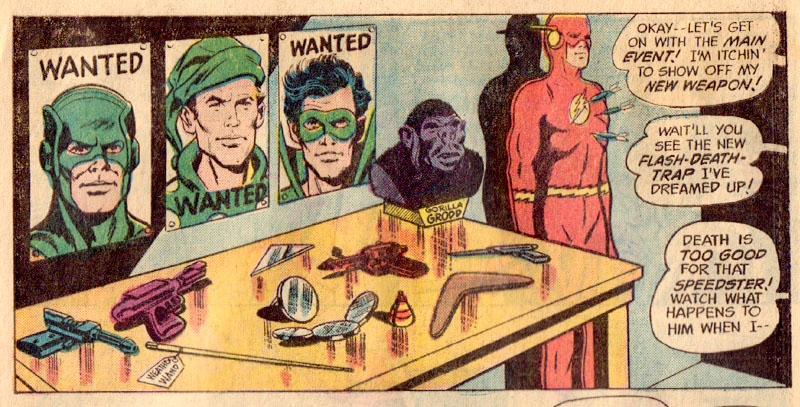 Note that this battle sequence had lasted as least a few quibnars. 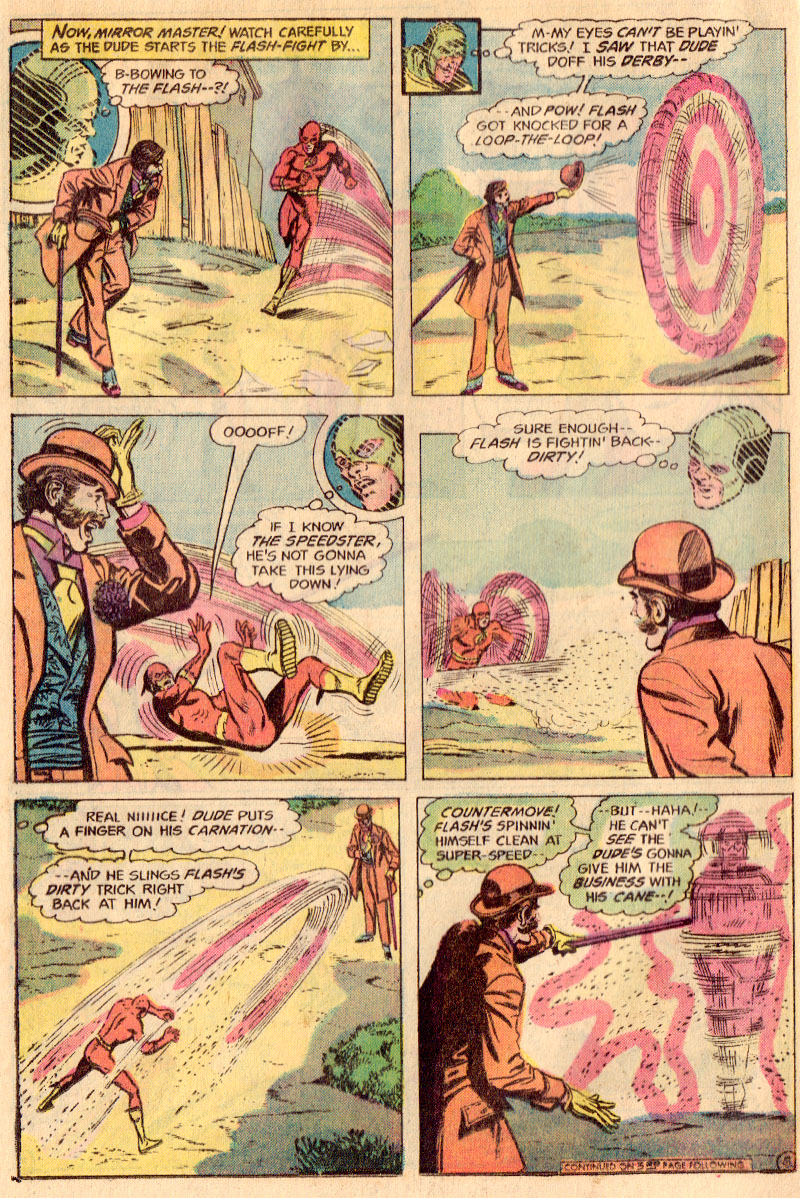 An effective disarming tactic, though I do not recommend the Galactic Centurions adopt it... given the potential remonstration. 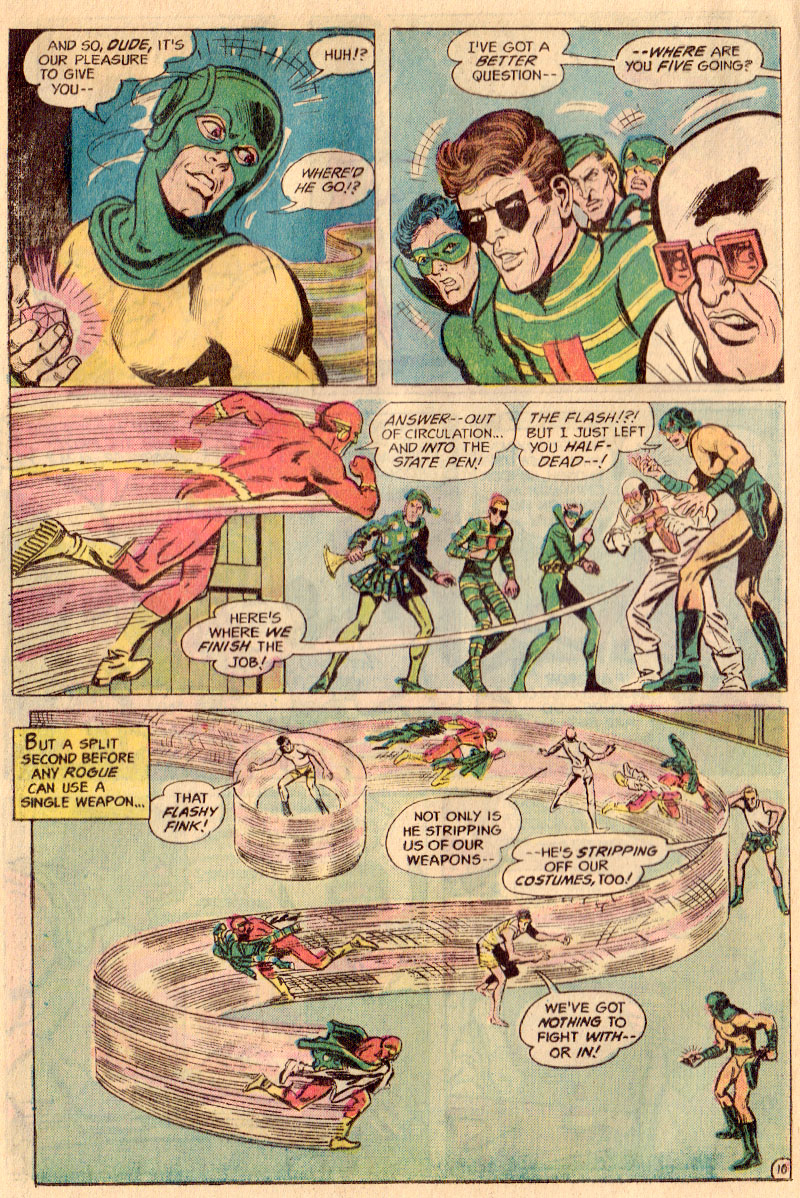 I still affirm there may had been some exaggeration in this historical account. Auxiliary law enforcer Flash's elaborate charade requires over two thousand clothing changes each quibnet to carry it out convincingly. 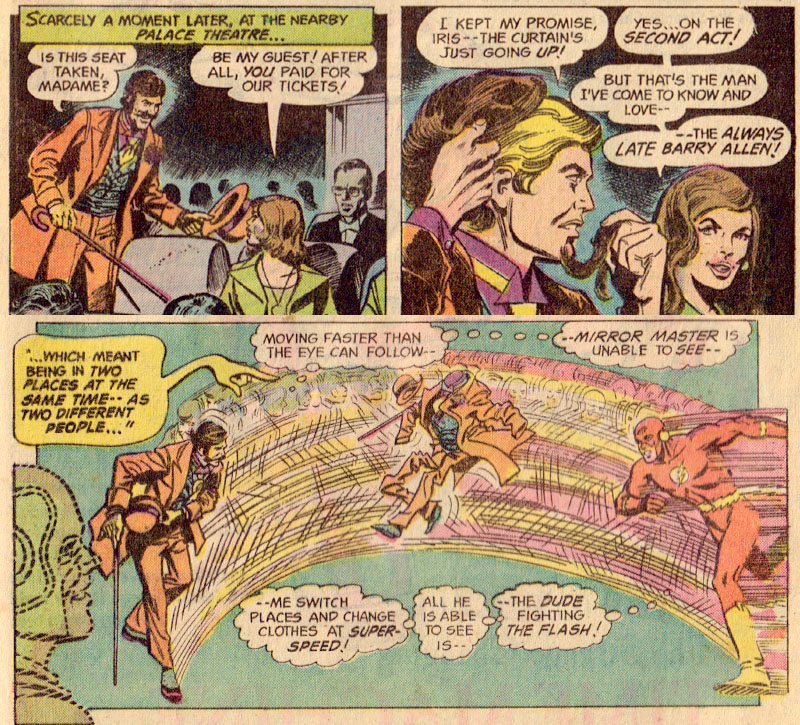 Restitution will be made. 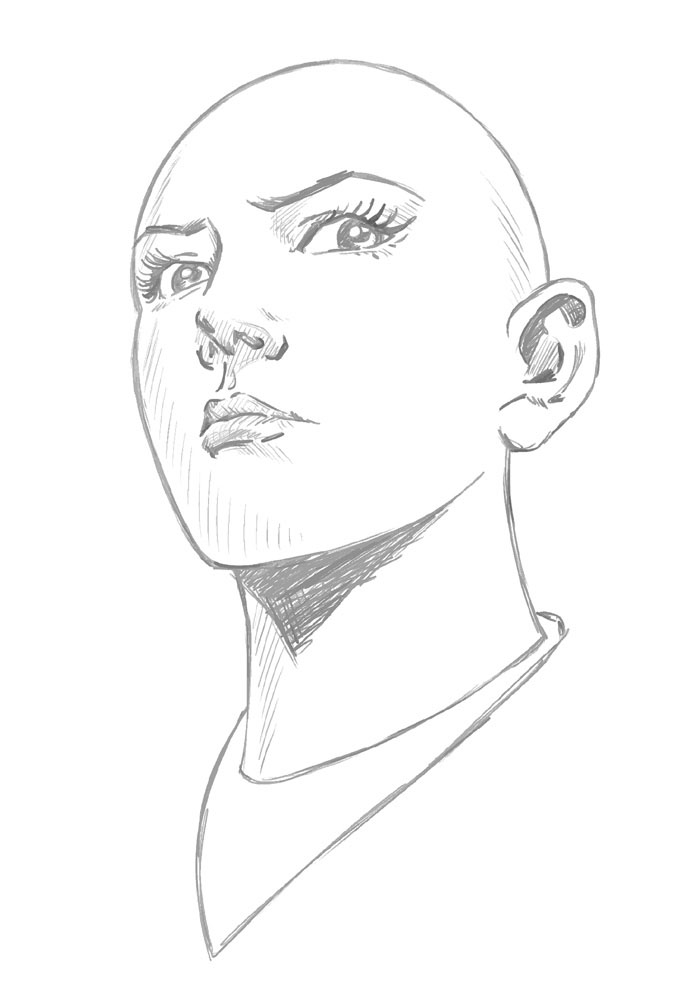