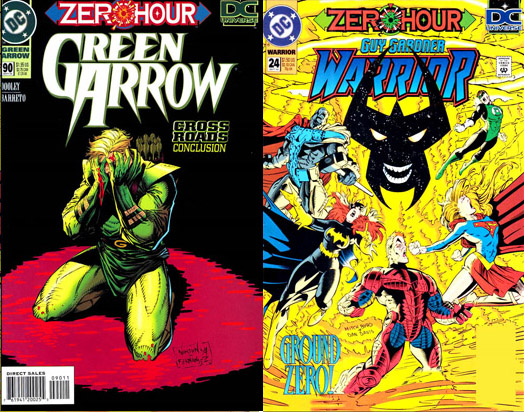 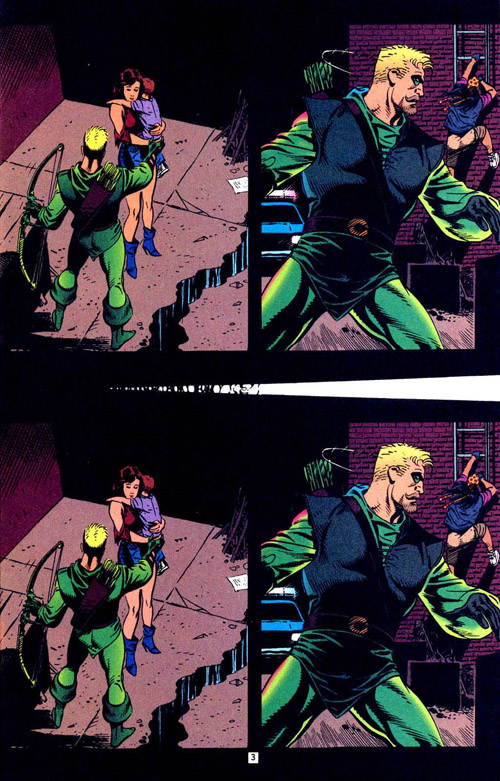 Towards the end of the split chase… 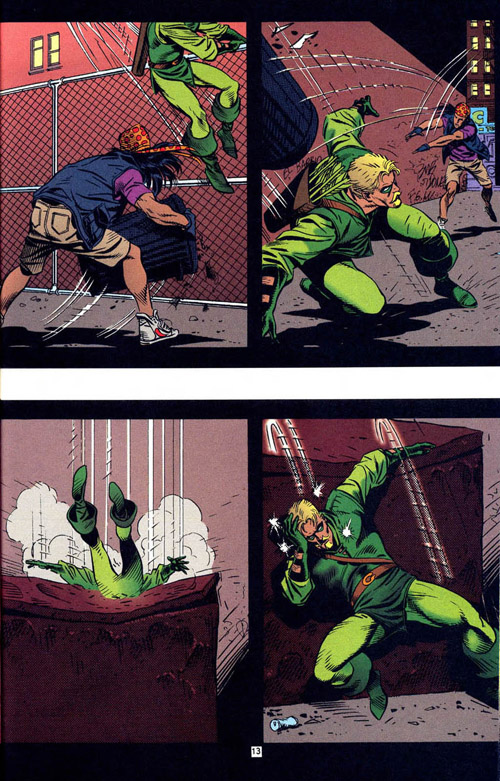 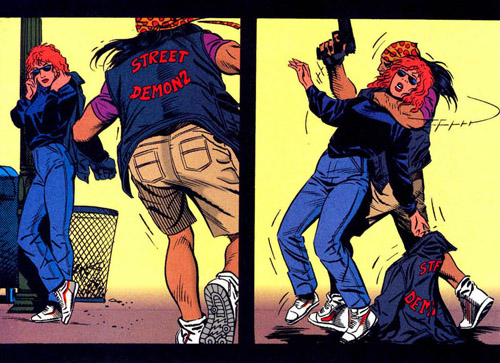 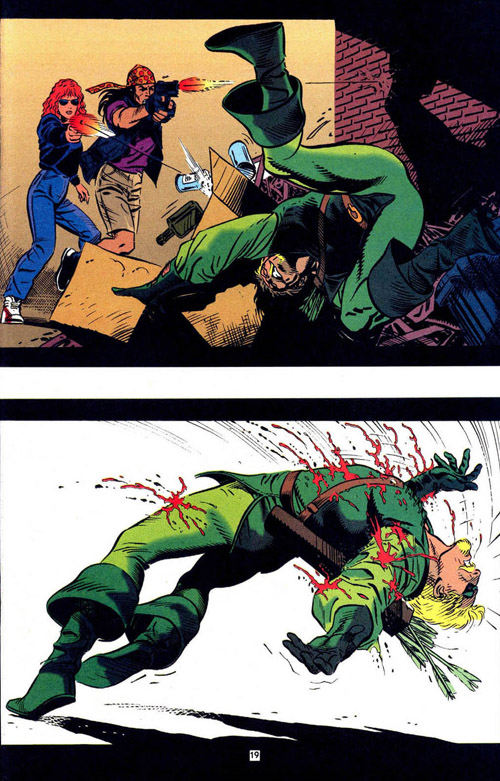 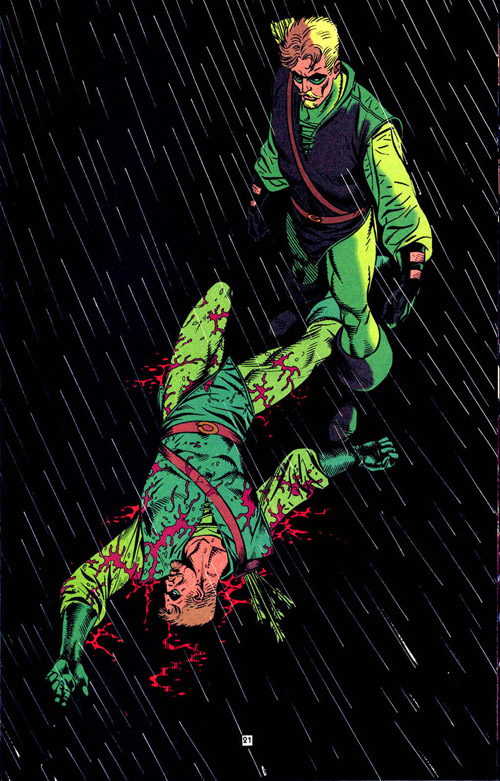 Meanwhile, in Warrior, Guy, his team and his cavemen allies, fight Extant. 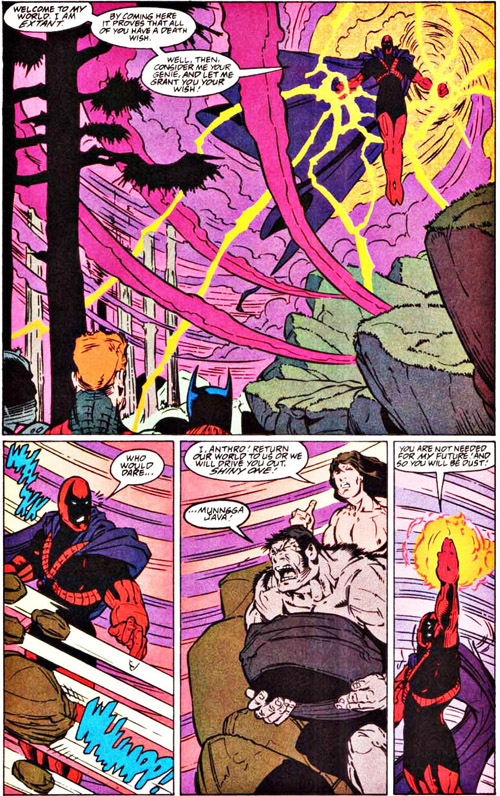 The Old West by Phil Jimenez: 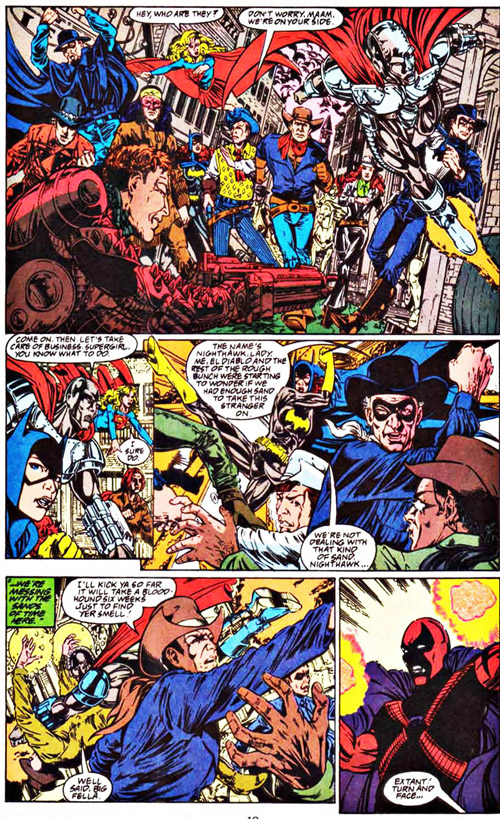 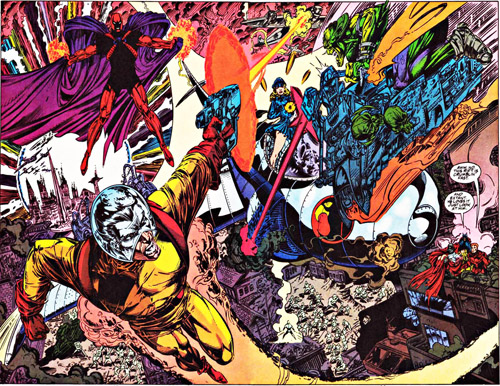 And a more innocent age by Mike Parobeck: 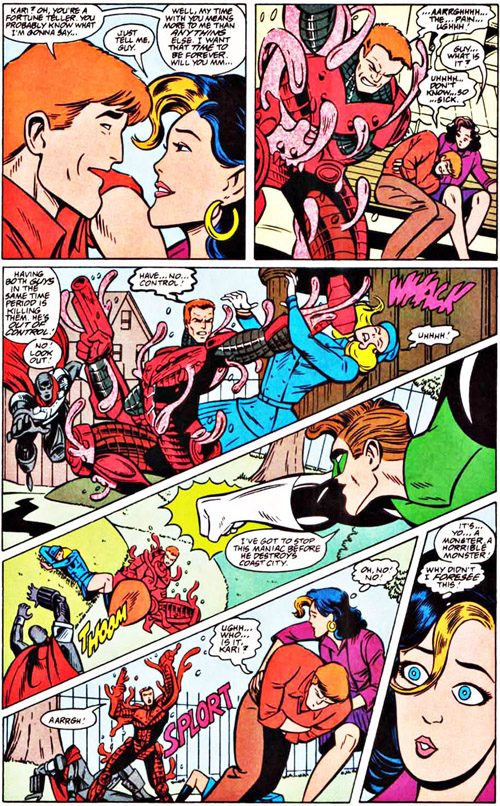 Bonus clips: “U Can’T Touch This” by MC Hammer.

Give Me Those Star Wars 42: TALES OF THE JEDI Parts 1 and 2 Image Gallery