Highlights from Justice League America #0 by a writer who shall not be named, Chuck Wojtkiewicz and Bob Dvorak; Justice League Task Force #0 by Mark Waid, Sal Velluto and Jeff Albrecht; and Extreme Justice #0 by Dan Vado, Marc Compos and Ken Branch: 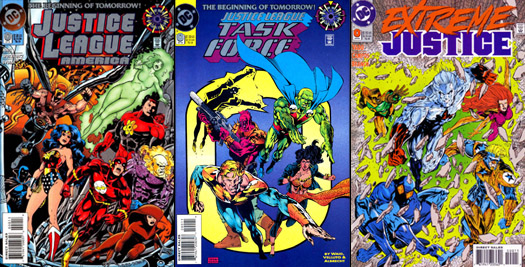 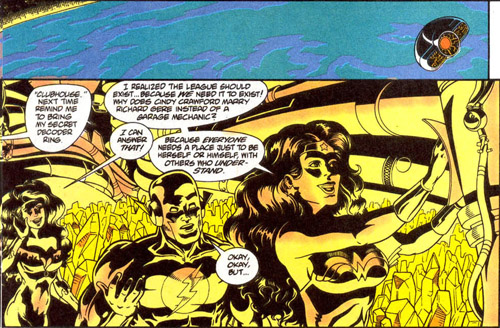 One of many reasons why a supervillain lair doesn't make a good superhero HQ. 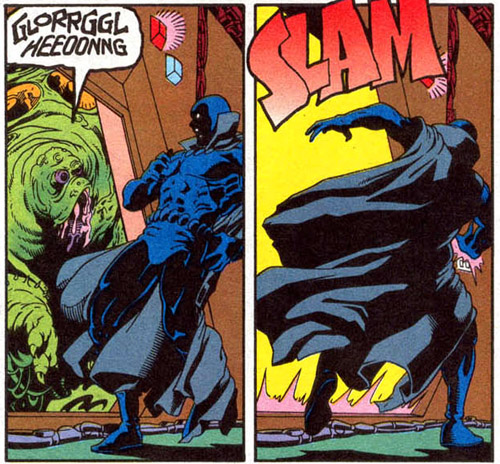 The entire final battle with the adaptoid - a single panel - and some Wonder Woman-related nightmare fuel on the next page. In JLTF #0, Triumph hangs around in the Martian Manhunter's apartment. 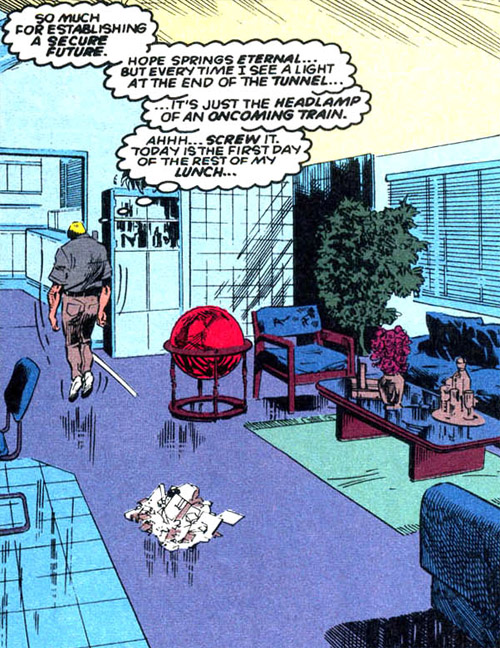 Why the Ray is cool and Gypsy is not: 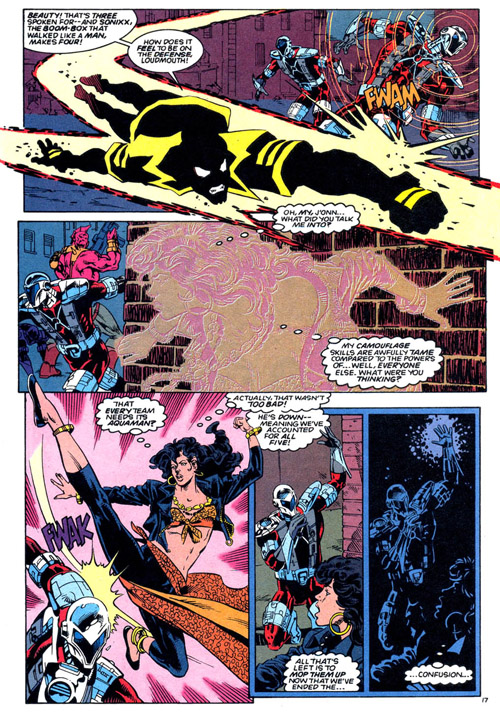 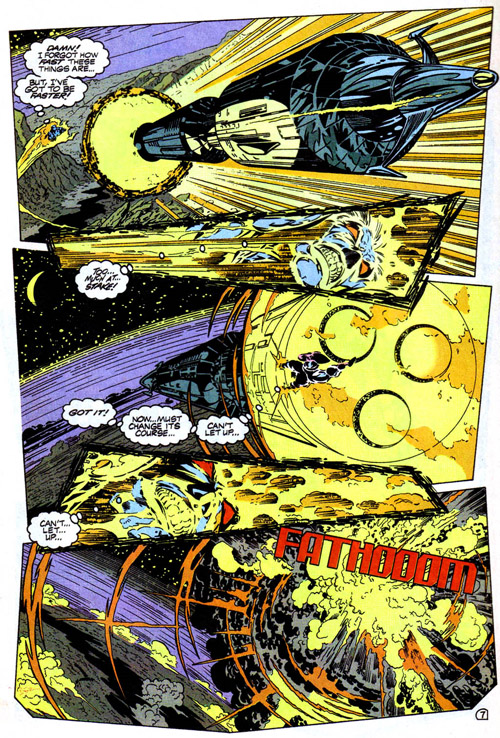 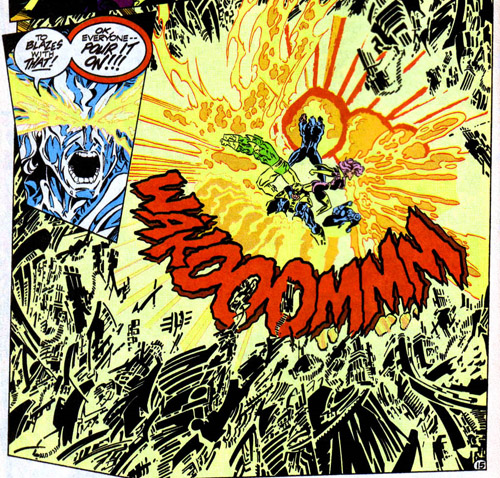 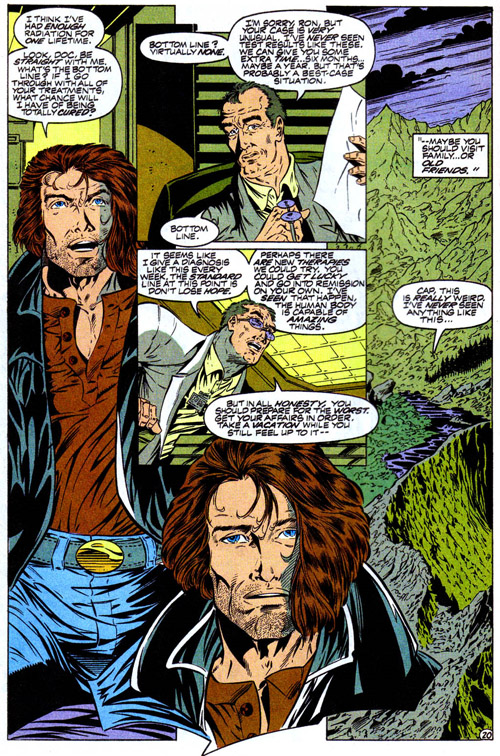