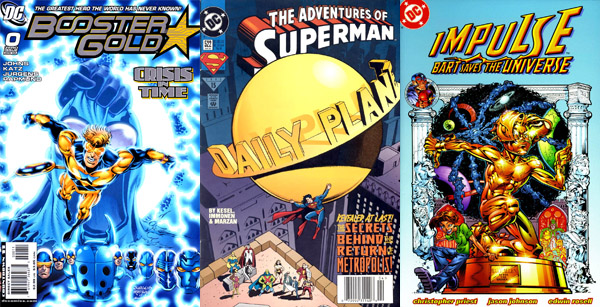 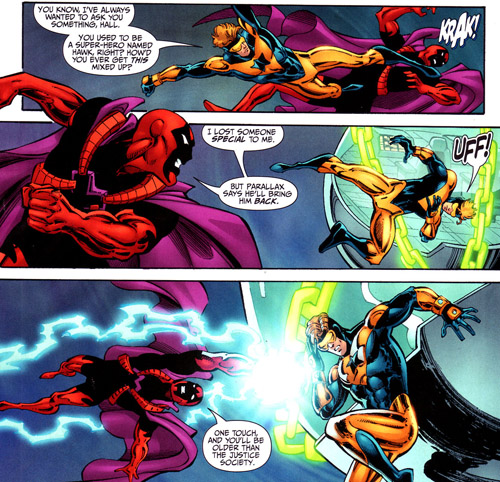 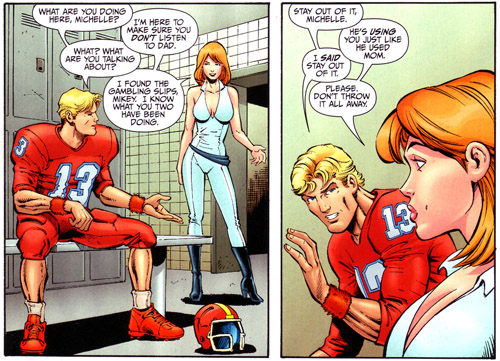 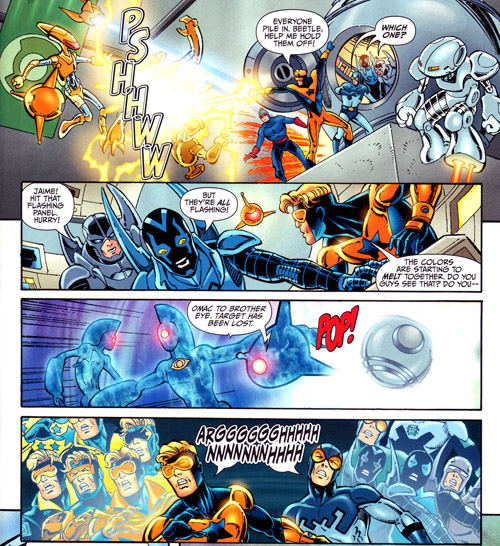 In Adventures of Superman, the heroes try to rebuild Metropolis: 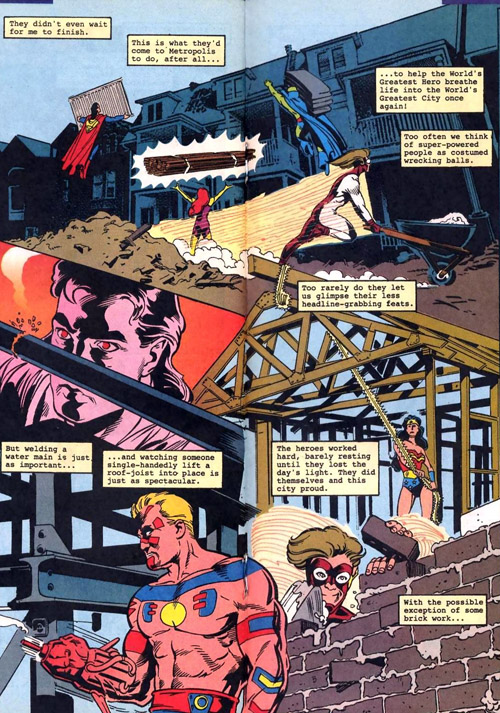 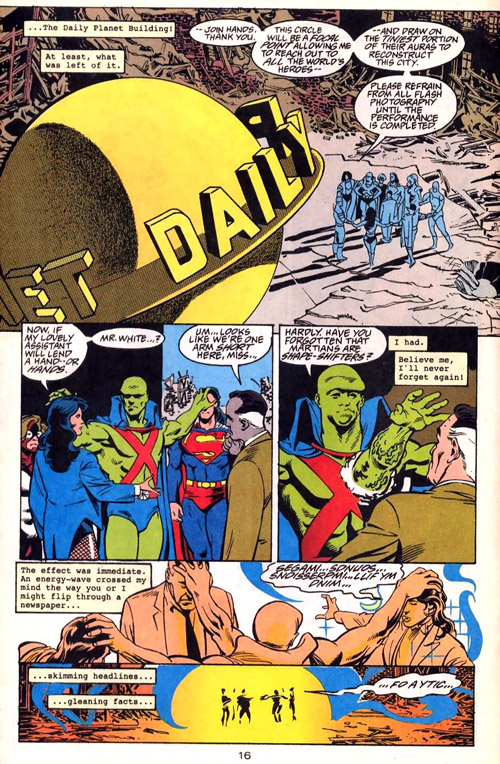 The kids having their fun: 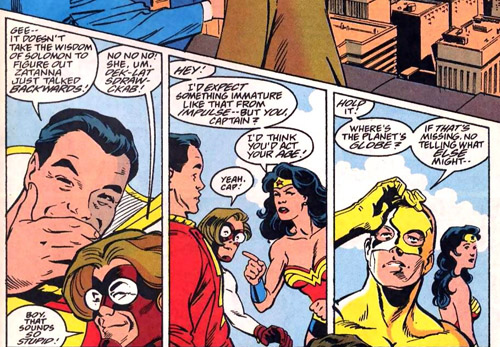 In Bart Saves the Universe, Impulse isn't the most appreciated hero. 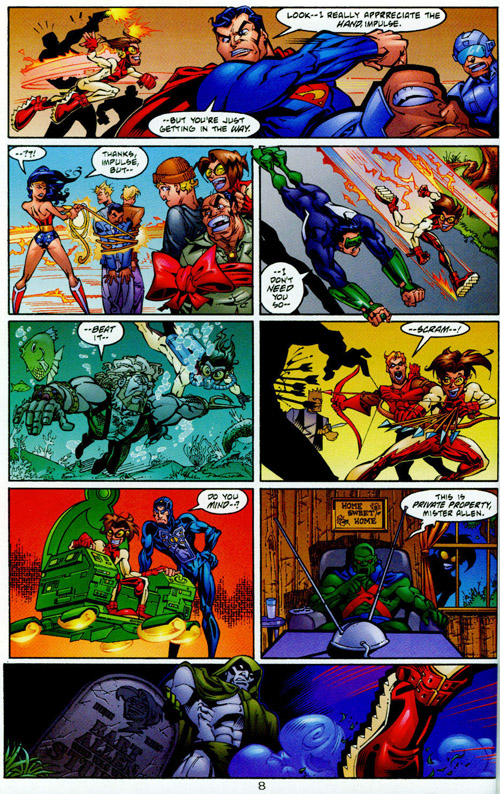 And the final showdown between universe-ending threat Extant and (checks) Impulse?! 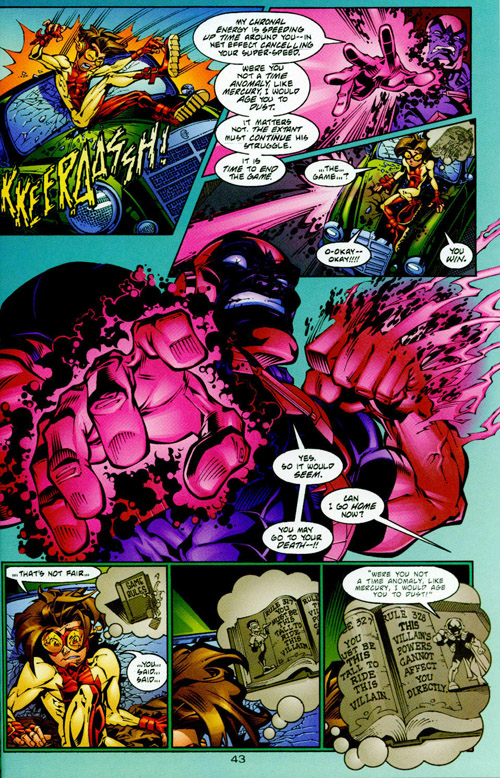 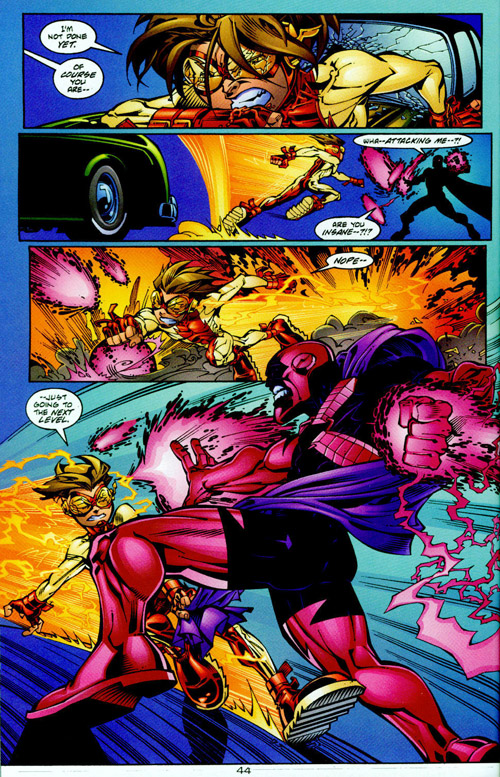 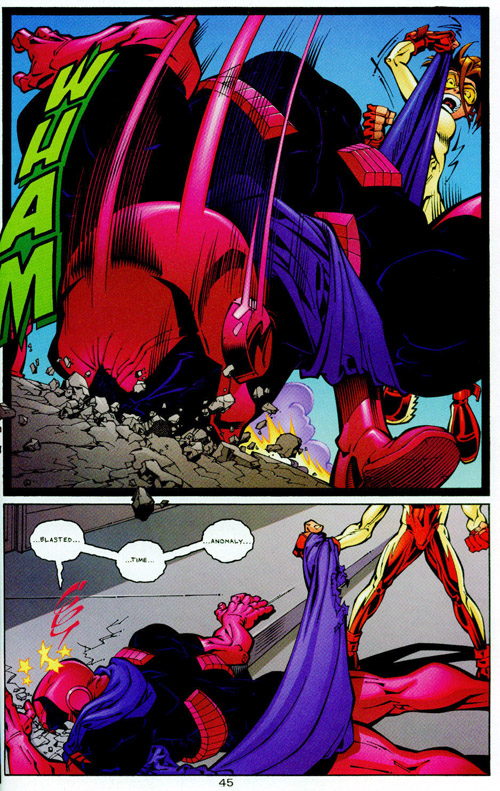