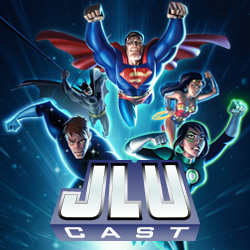 Cindy and Chris are joined by their friend, and Legion of Super-Bloggers member Russell Burbage to discuss the NEW Justice League vs. The Fatal Five animated movie! Set in the DCAU, the movie focuses on the time tossed Starboy and new Green Lantern Jessica Cruz, as they team with the Justice League to thwart the world-ending plans of the Fatal Five! It’s a JLU reunion, with plenty of Legion of Super-Heroes and Green Lantern action thrown in! Here what they think of this new film from executive producer Bruce Timm!

WARNING!!! Despite our best efforts, we SPOIL this film pretty early on in the episode. SPOILER WARNINGS in effect!

Trailer from Justice League vs. The Fatal Five