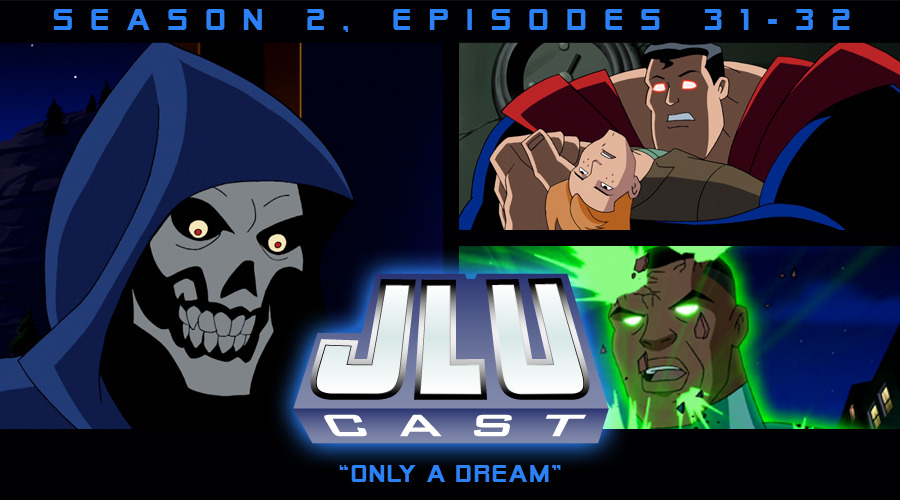 Images from "Only A Dream", Part 1 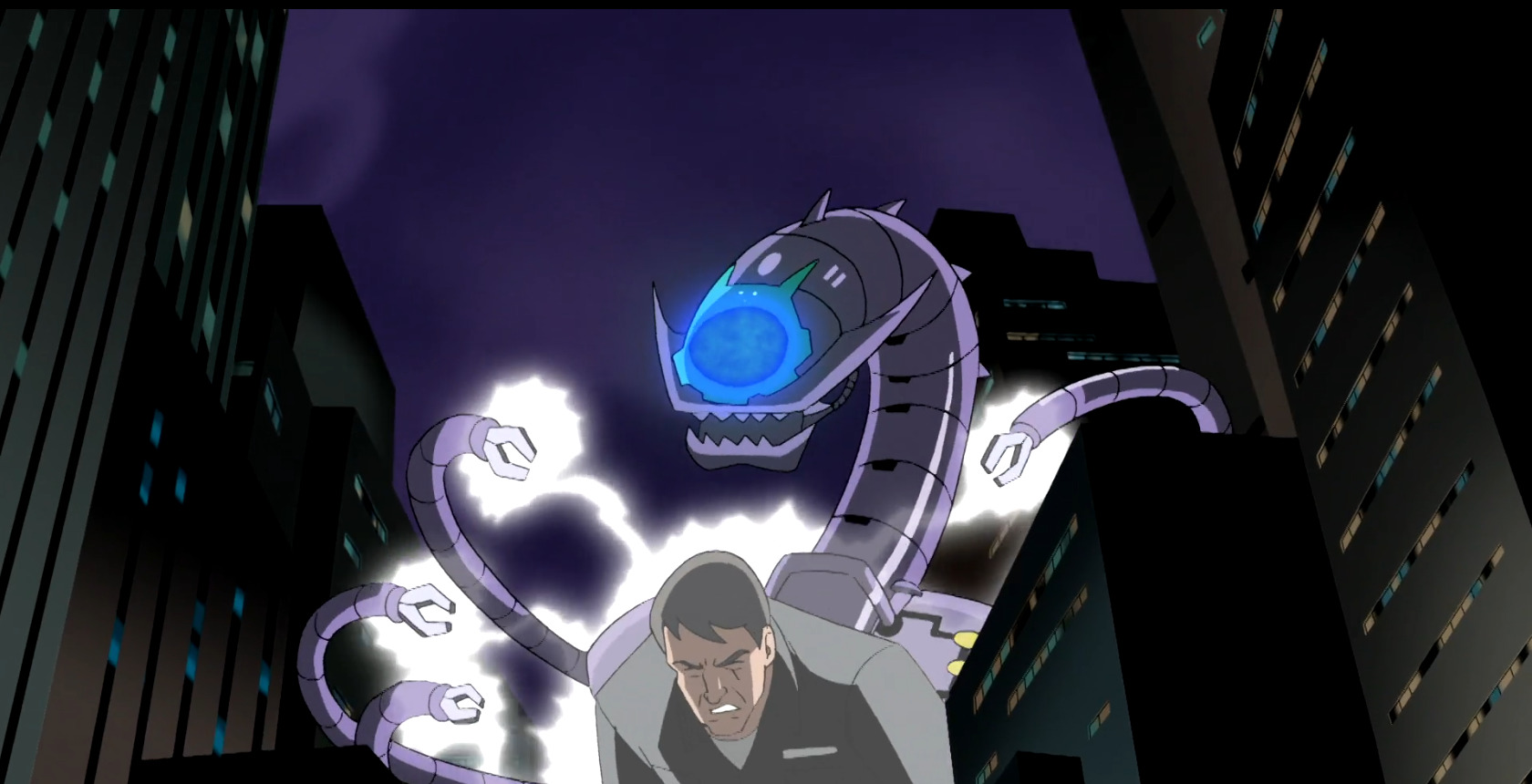 In John Dee's dream, he uses the Materiopticon (doo-doo-te-doo-doo) to become a powerful super villain. 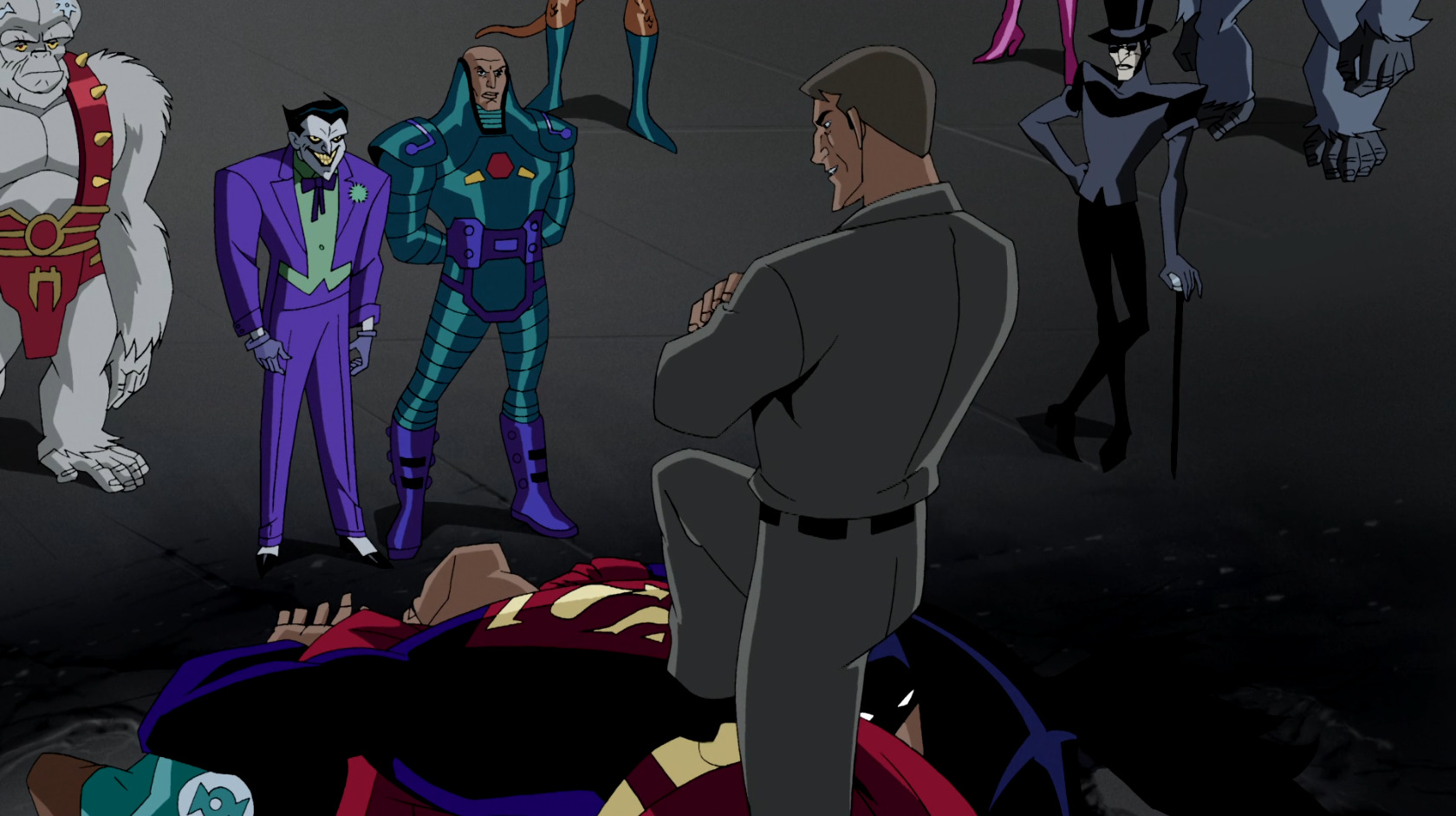 John is welcomed into the ranks of the villainous elite by defeating the Justice League! 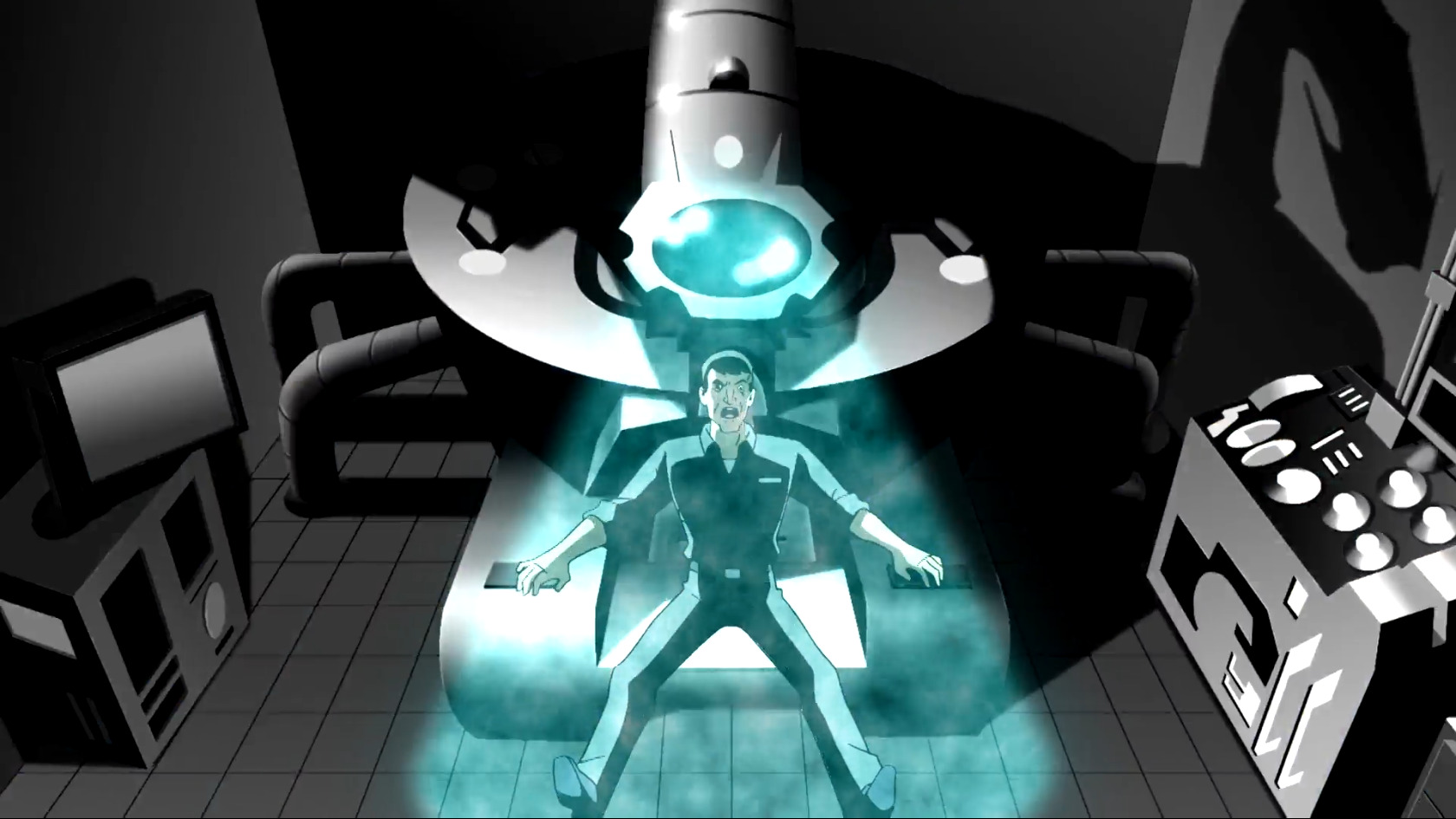 John takes advantage of the prison equipment to gain omnipotent ESP powers. Hey, most prisons have gym equipment. It's the same thing. The Combustible Combo of Firefly and Volcana. Note his rather small flamethrower. She's not impressed. John reveals his "inner self" to his soon-to-be-ex-wife Penny. 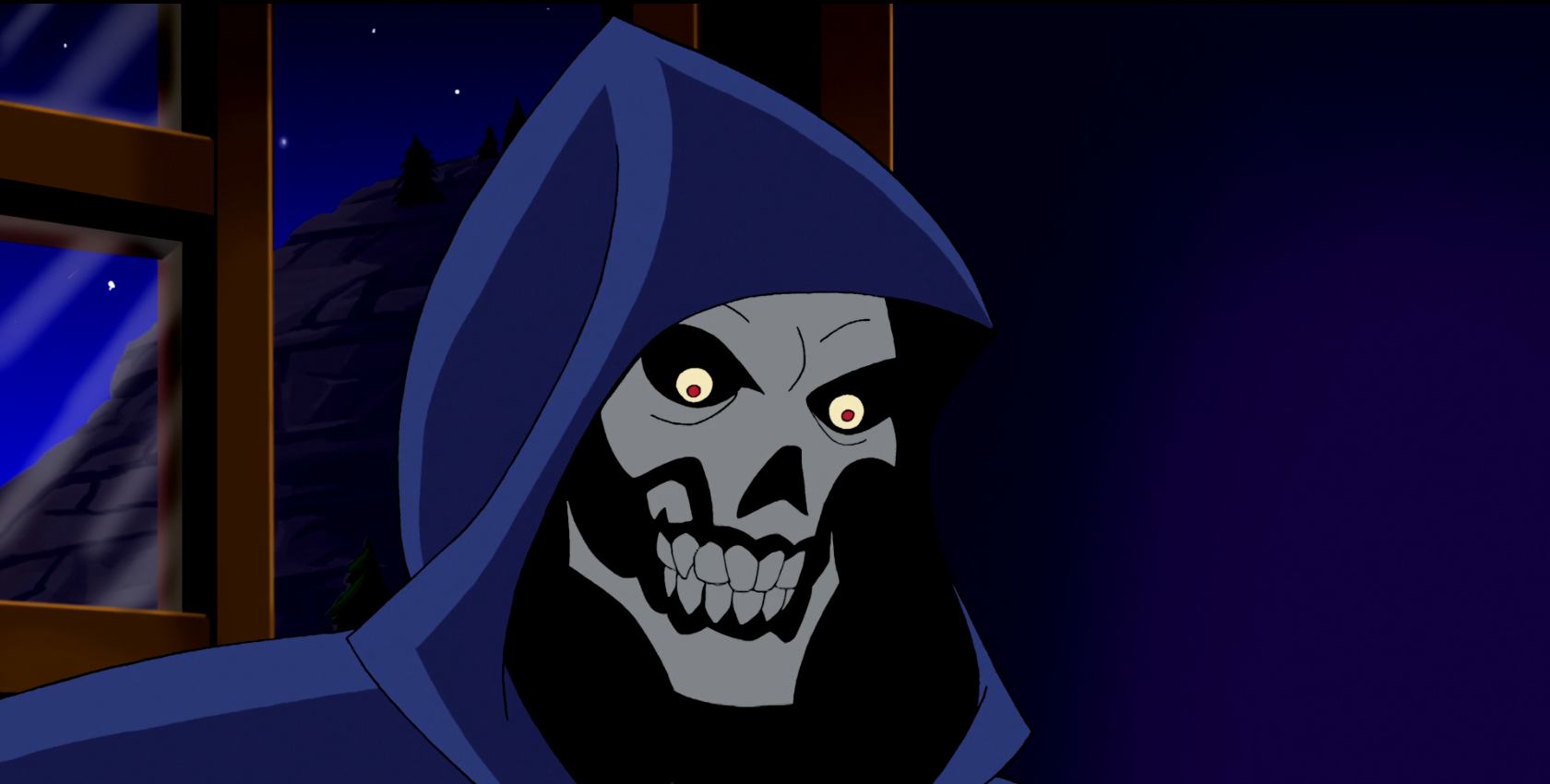 Okay, I never mentioned this on the show, but Timm's Dr. Destiny face TOTALLY looks like the old serial villain the Crimson Ghost, which The Misfits used as their mascot. Copperhead really didn't think this through.

Images from "Only A Dream" Part 2 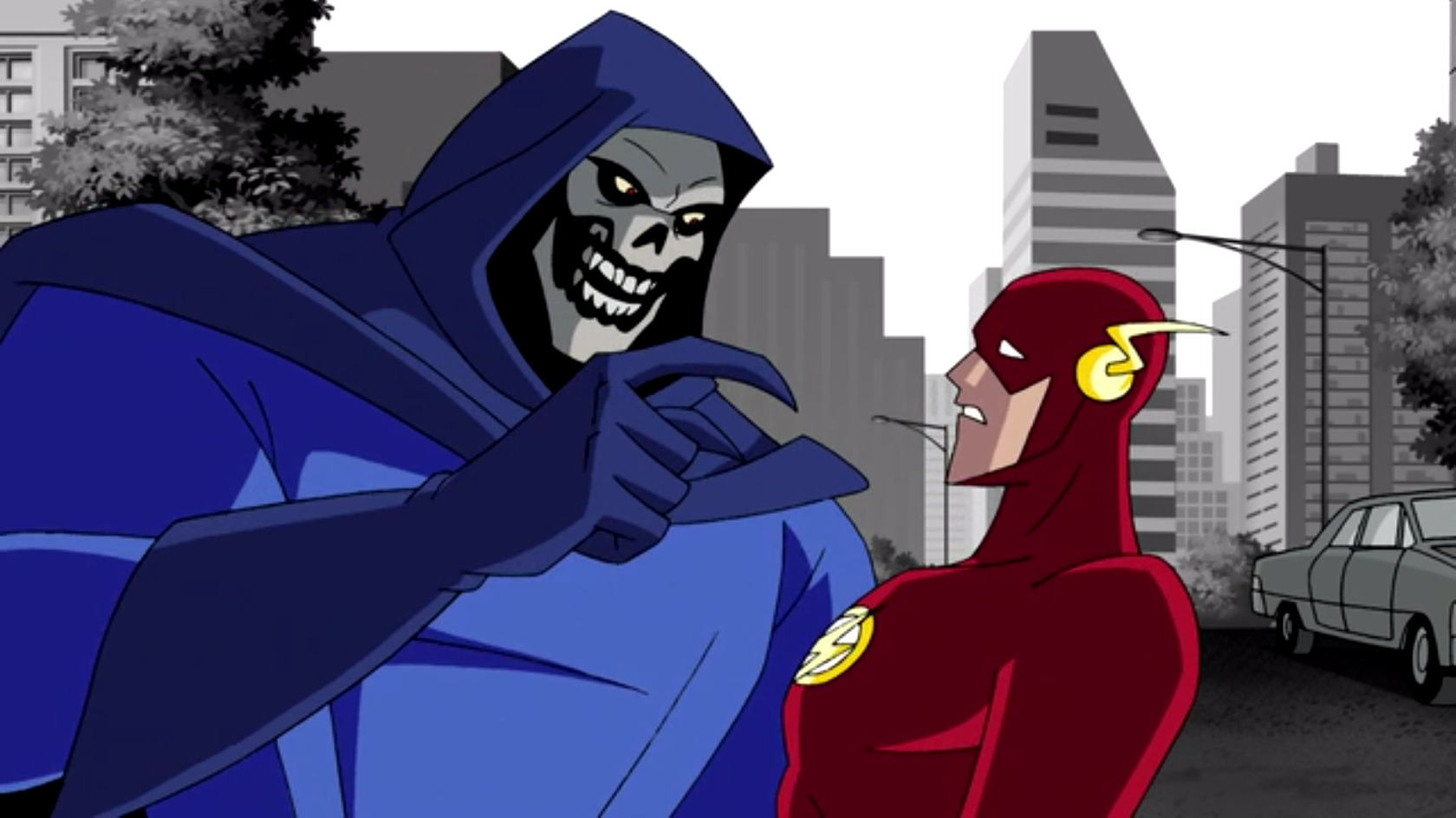 Flash's nightmare: Hyper-accelerated to the point where the rest of the world no longer moves. So kind of like being in isolation during Covid-19. 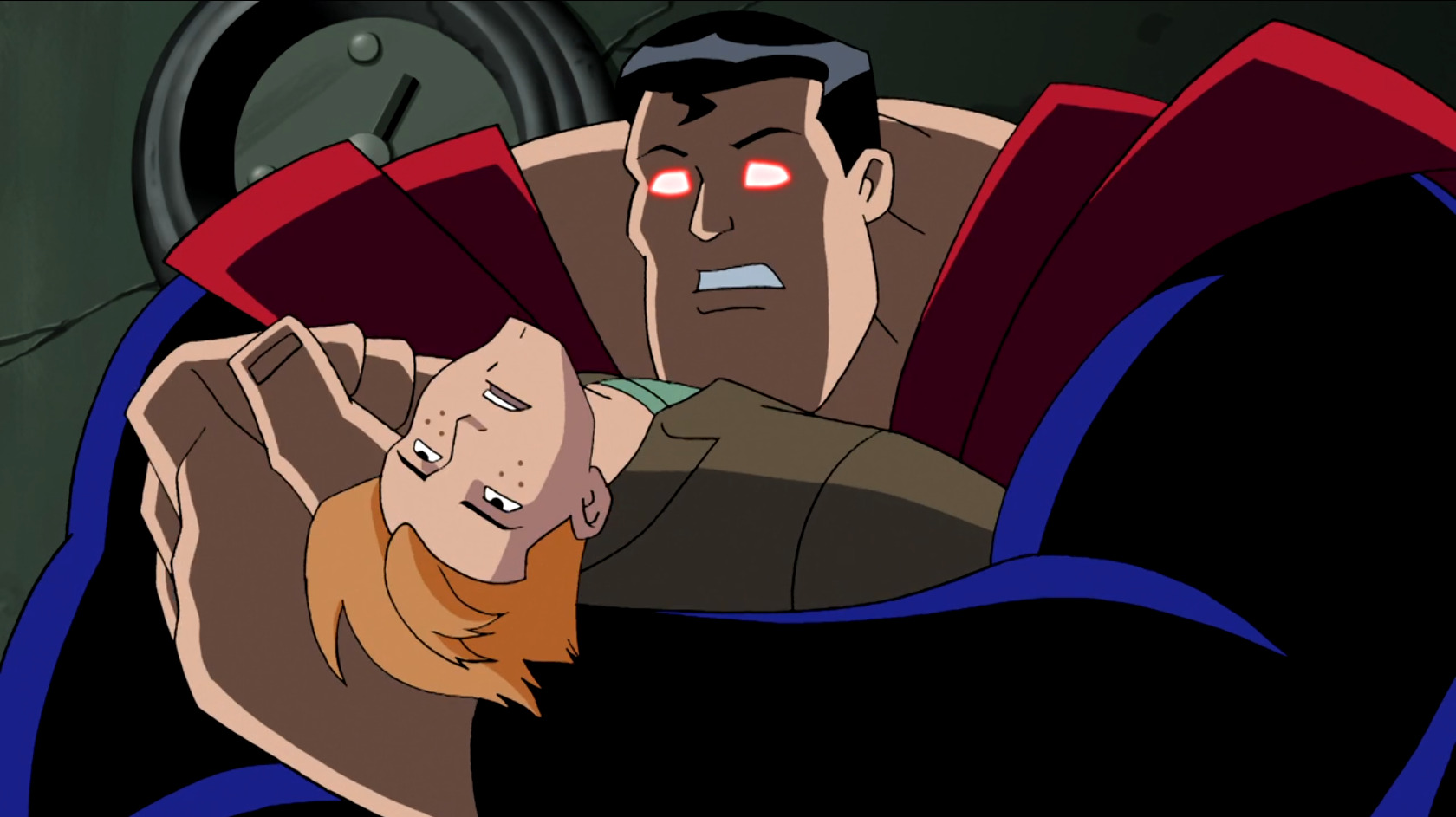 Superman's nightmare: His powers continue to grow out of control, and he murders his best friends, like Jimmy here. 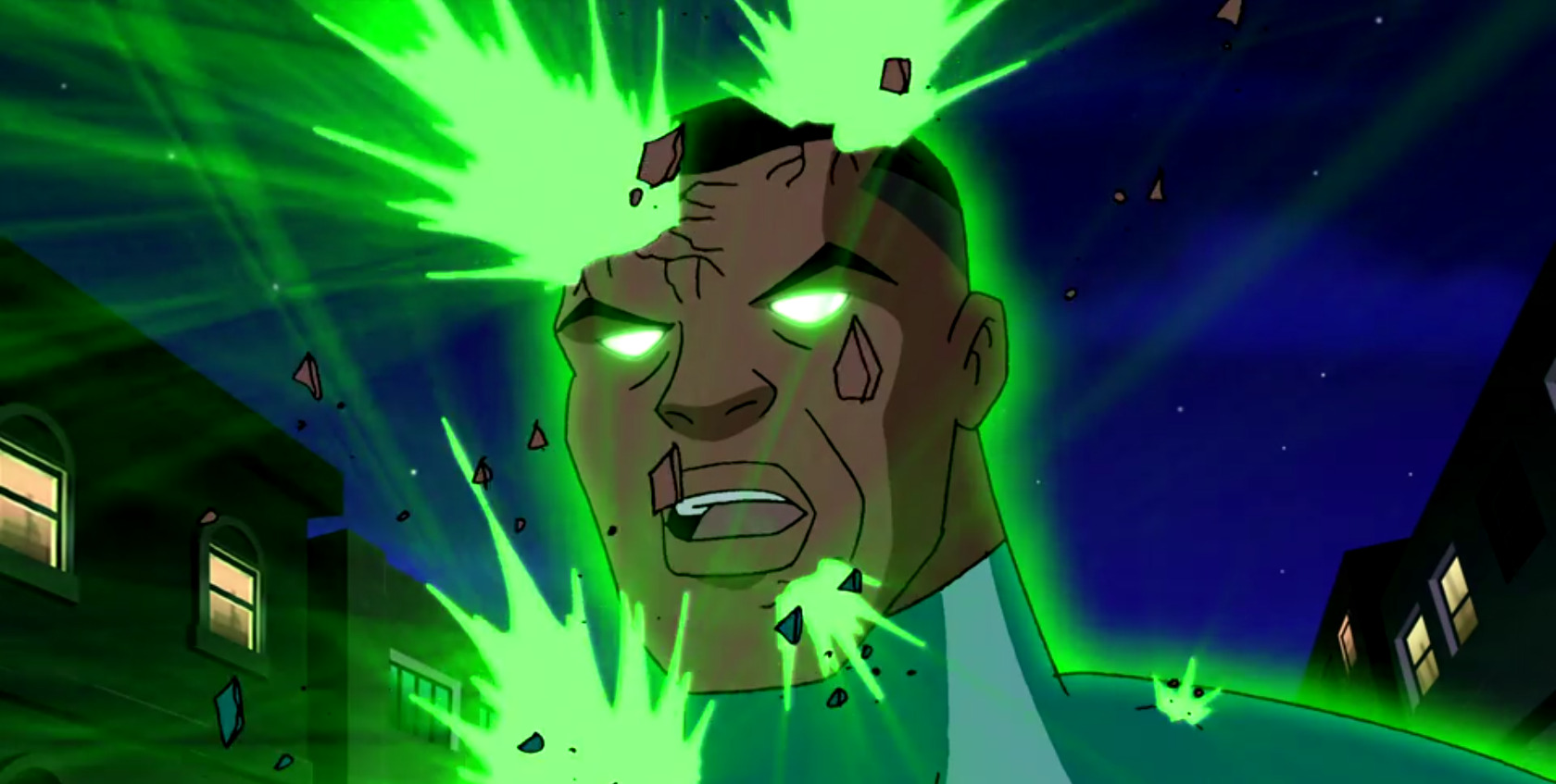 Green Lantern's nightmare: The ring has robbed him of his humanity, and his ability to relate to those who knew him before.

Hawkgirl's nightmare: Sent plummeting to Earth, and then buried alive in a claustrophobic grave. 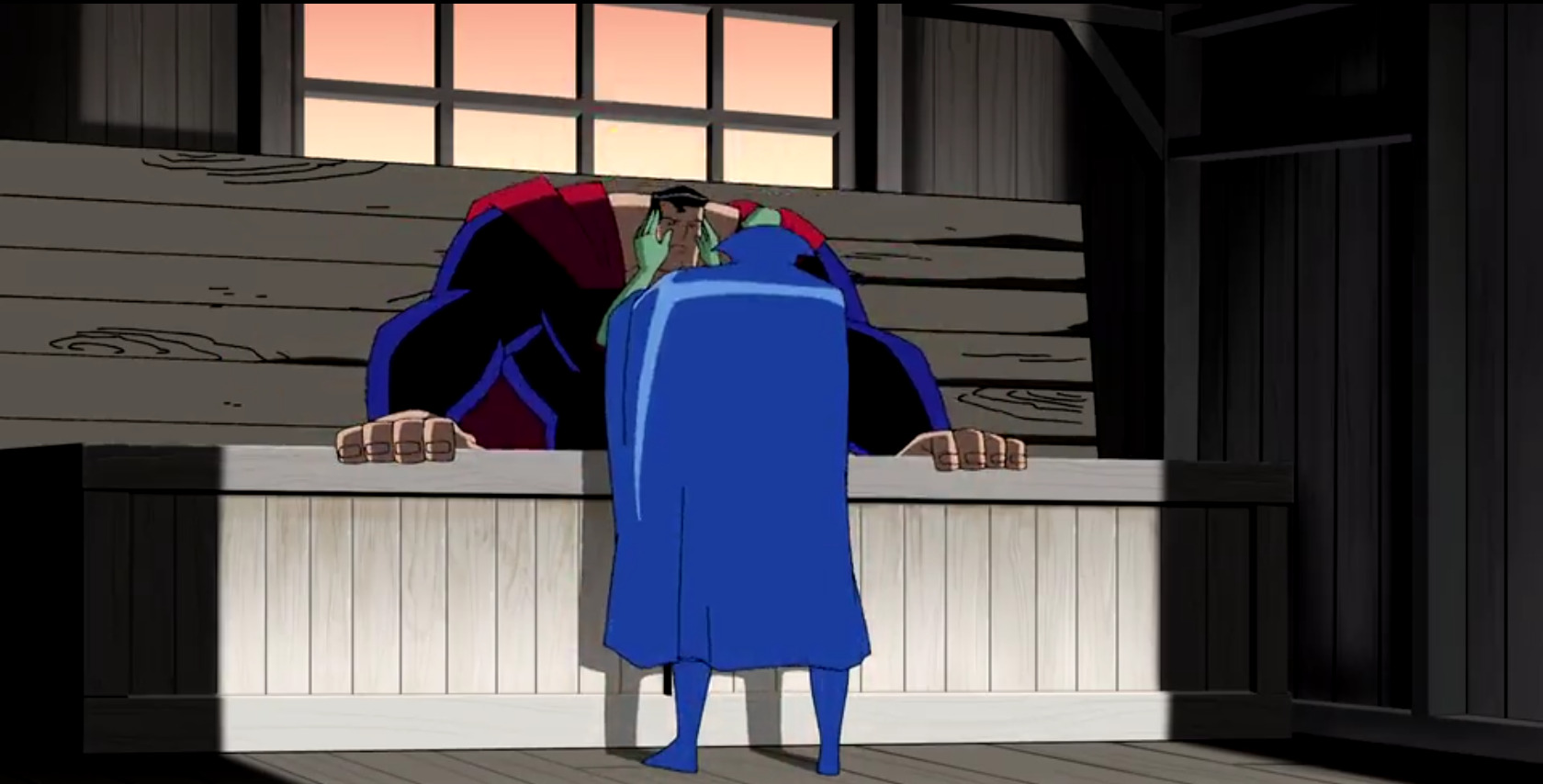 J'onn Martian Mindmelds with Superman to free him from his delusion. Destiny's barking up the wrong tree, trying to scare Batman. 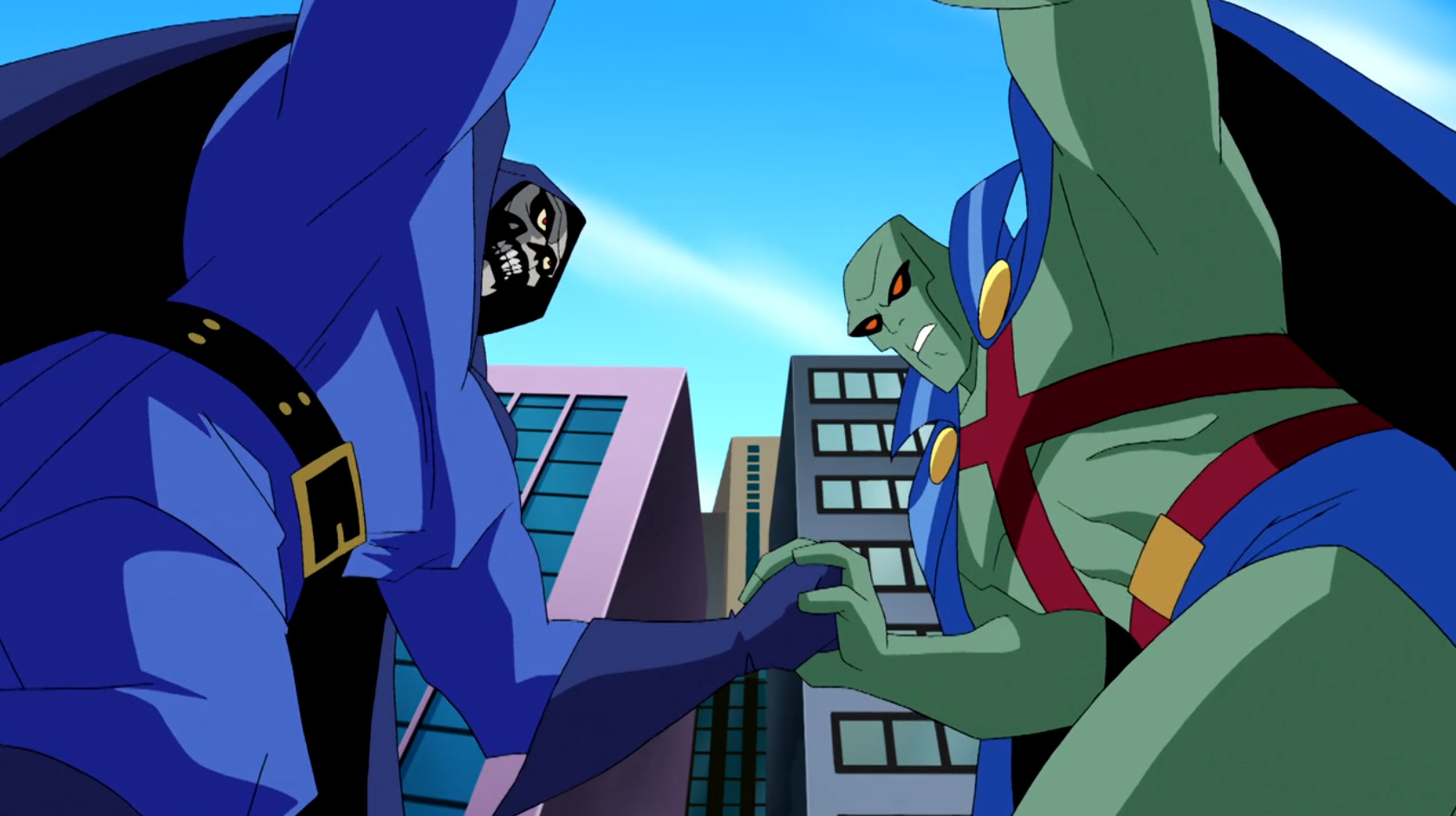 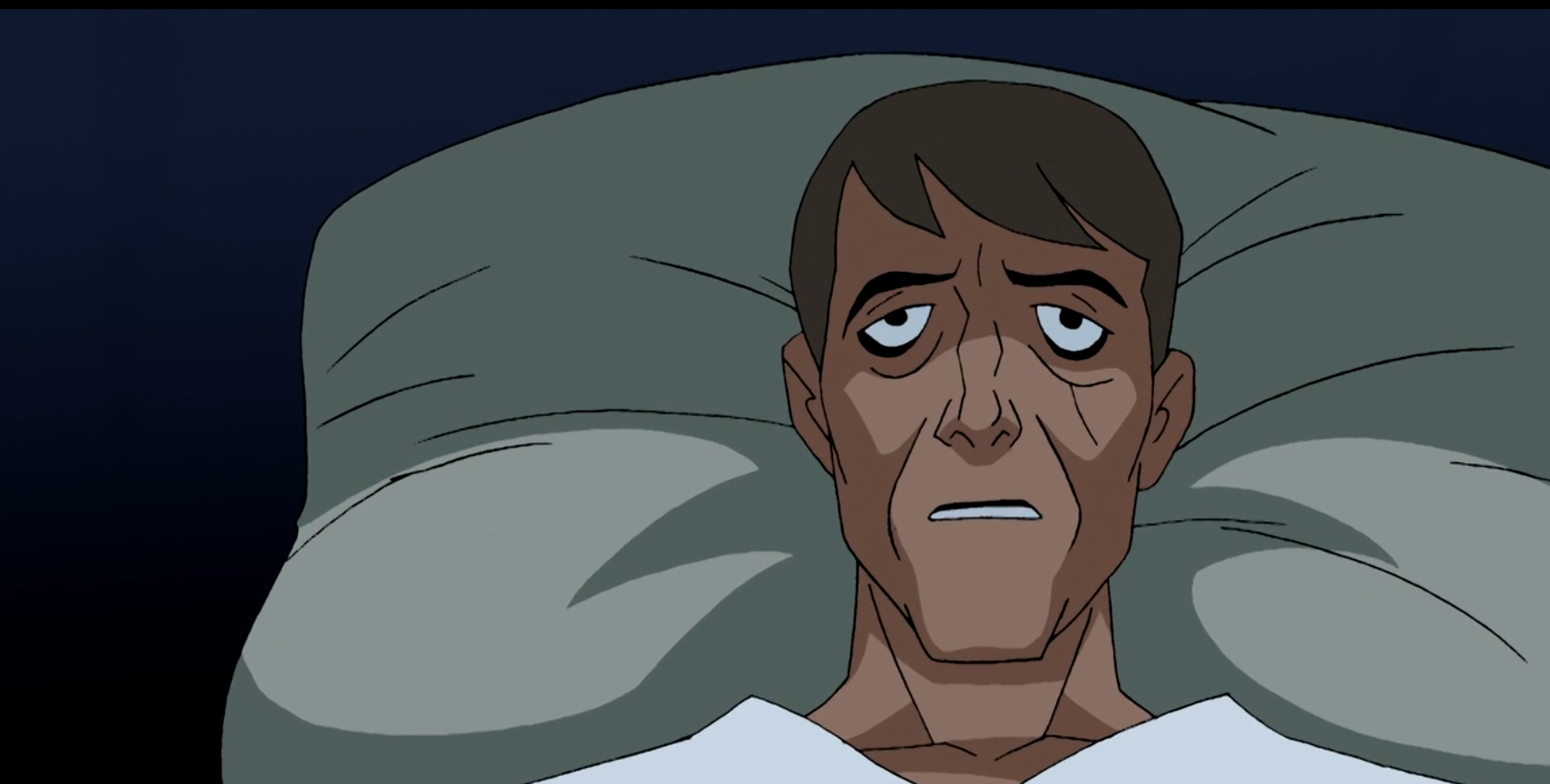 The sad, but very much deserved fate of John Dee.

One response to “JLUCast 16 Image Gallery”