Highlights from IDW's adaptation of the Harlan Ellison's story, by the Brothers Tipton and J.K. Woodward: 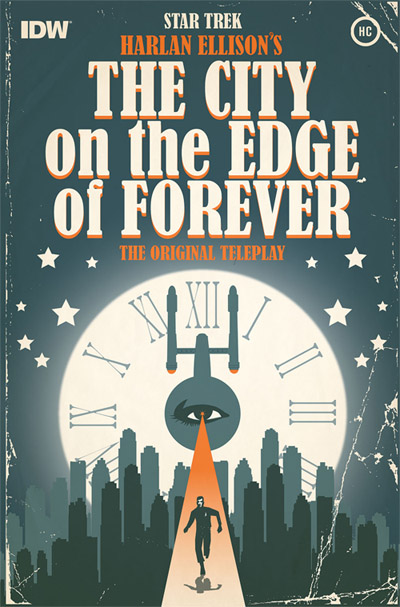 Crewman tripping balls on the bridge: 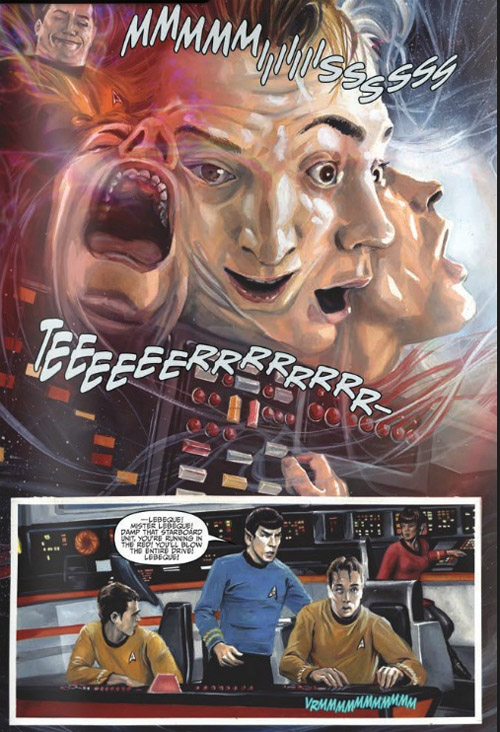 A very different Guardian, or rather, Guardians: 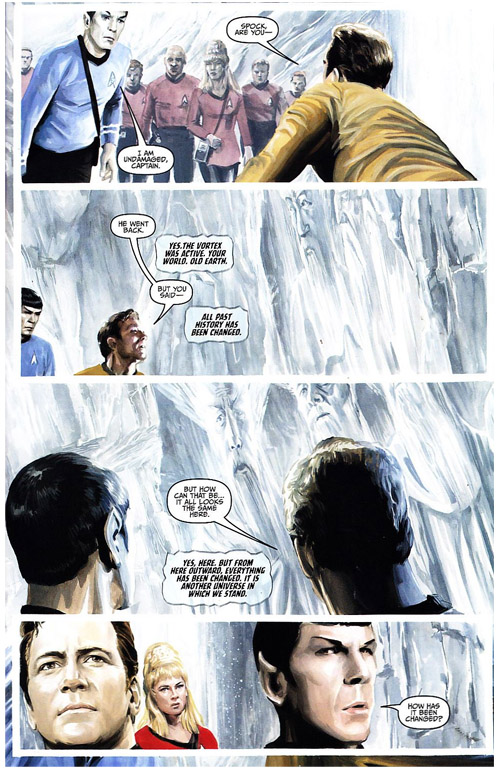 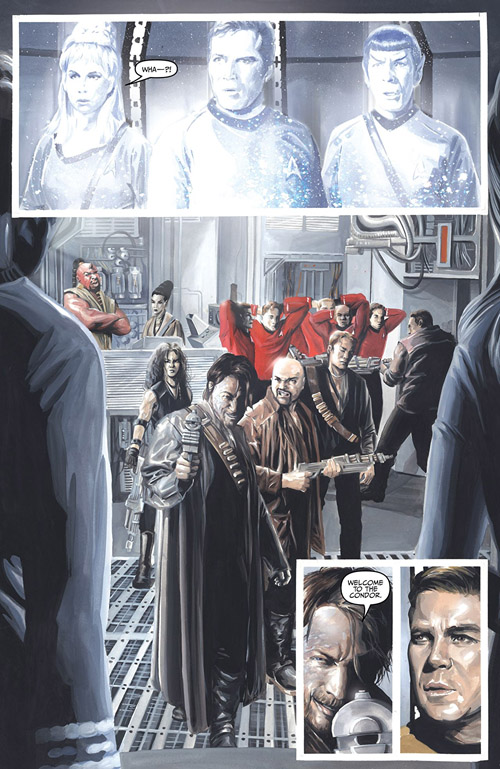 Janice Rand gets a good role: 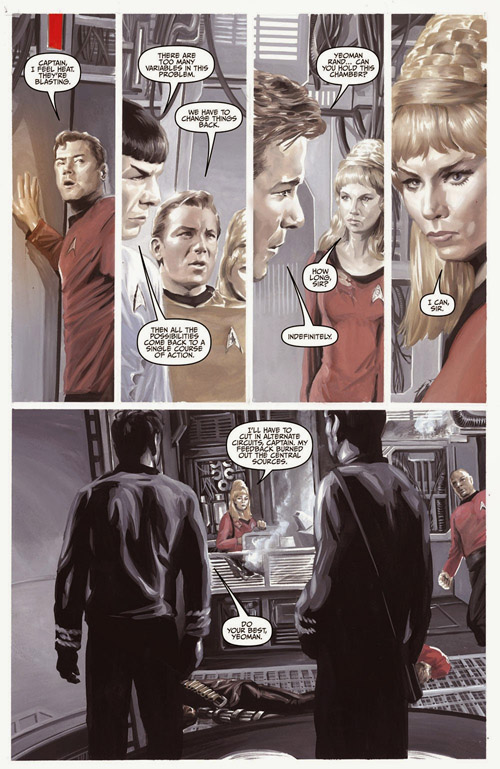 Edith Keeler and her flirtation with stairs: 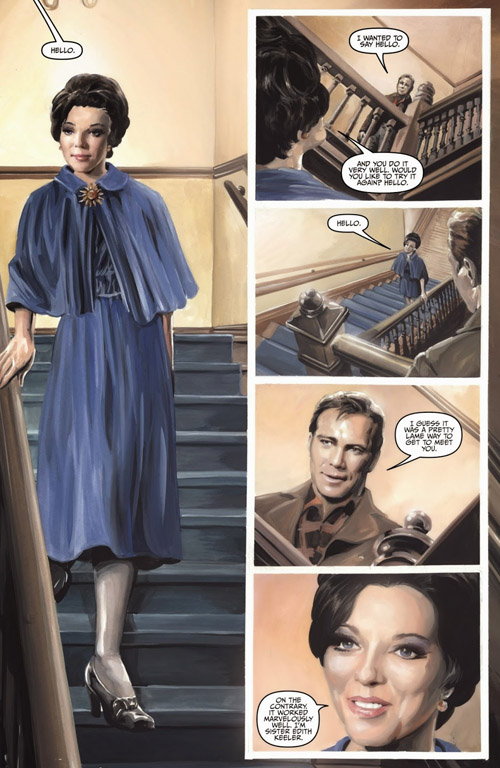 The war veteran in the story is cast as Harlan Ellison himself. 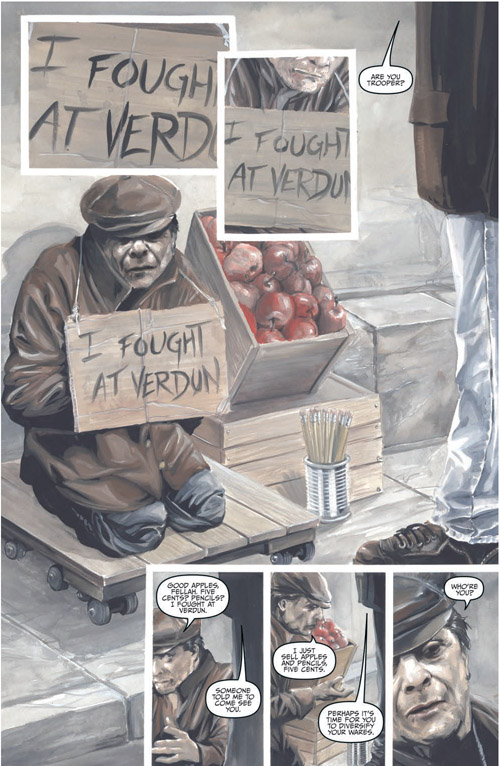 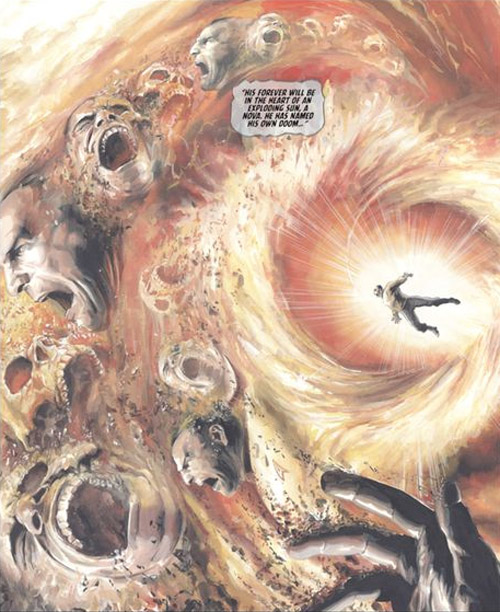 And a heavy ending with Kirk: 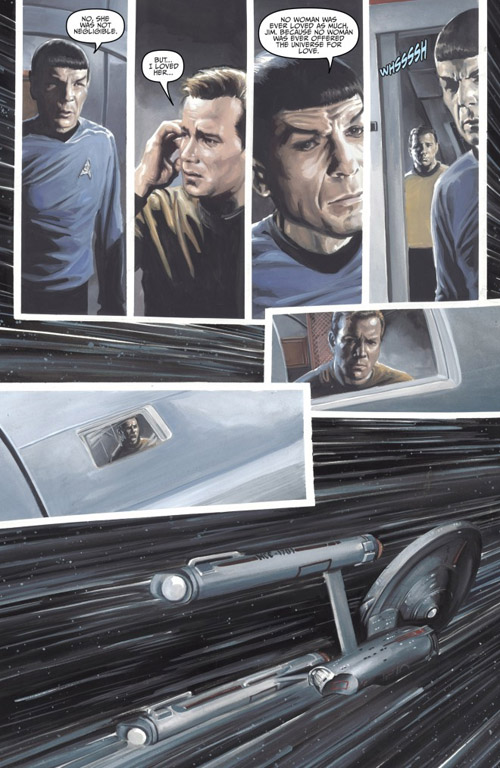 Contest: It's coming! May's episode of Gimme That Star Trek will pit 64 Trek heroes from across all series in a bracket fight decided by five panelists. And YOU can win Fire and Water merch if you guess the most slots correctly! Here are the opening match-ups. 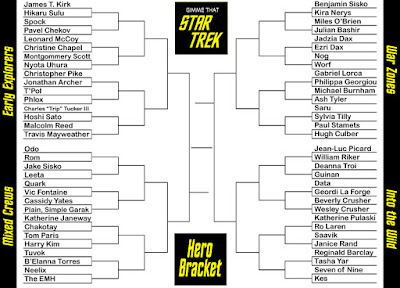 Grab a copy of this sheet, fill it out until it names a winner and send it to Siskoid before April 30th to enter. One point per slot correctly entered. Ties broken by coin flip/dice throw. Identity of panelists secret until transmission. Their criteria (historical importance, look, personality, originality, personal preference, etc.) entirely their own. Winner announced in Subspace Transmissions in May's episode. Good luck!