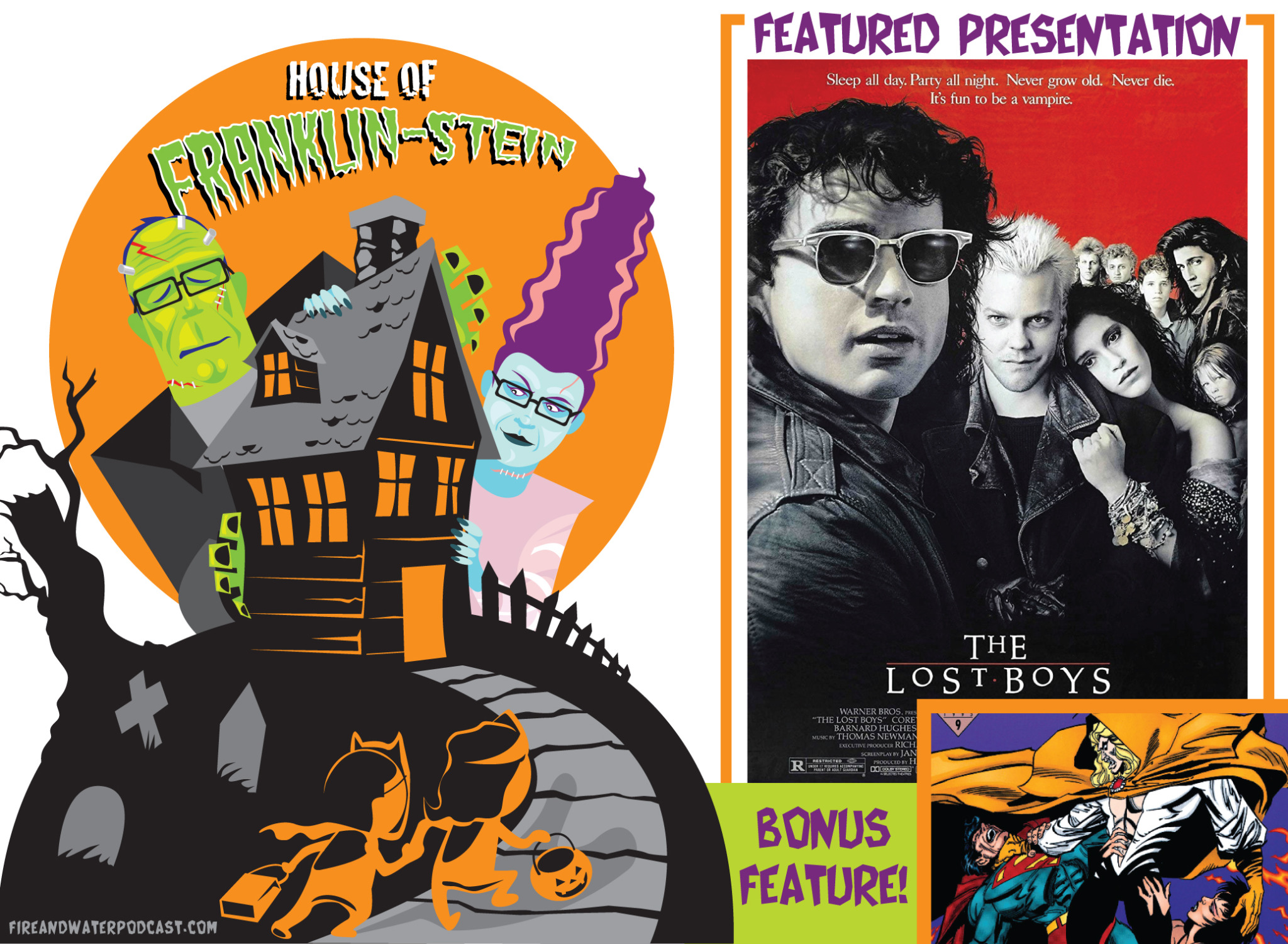 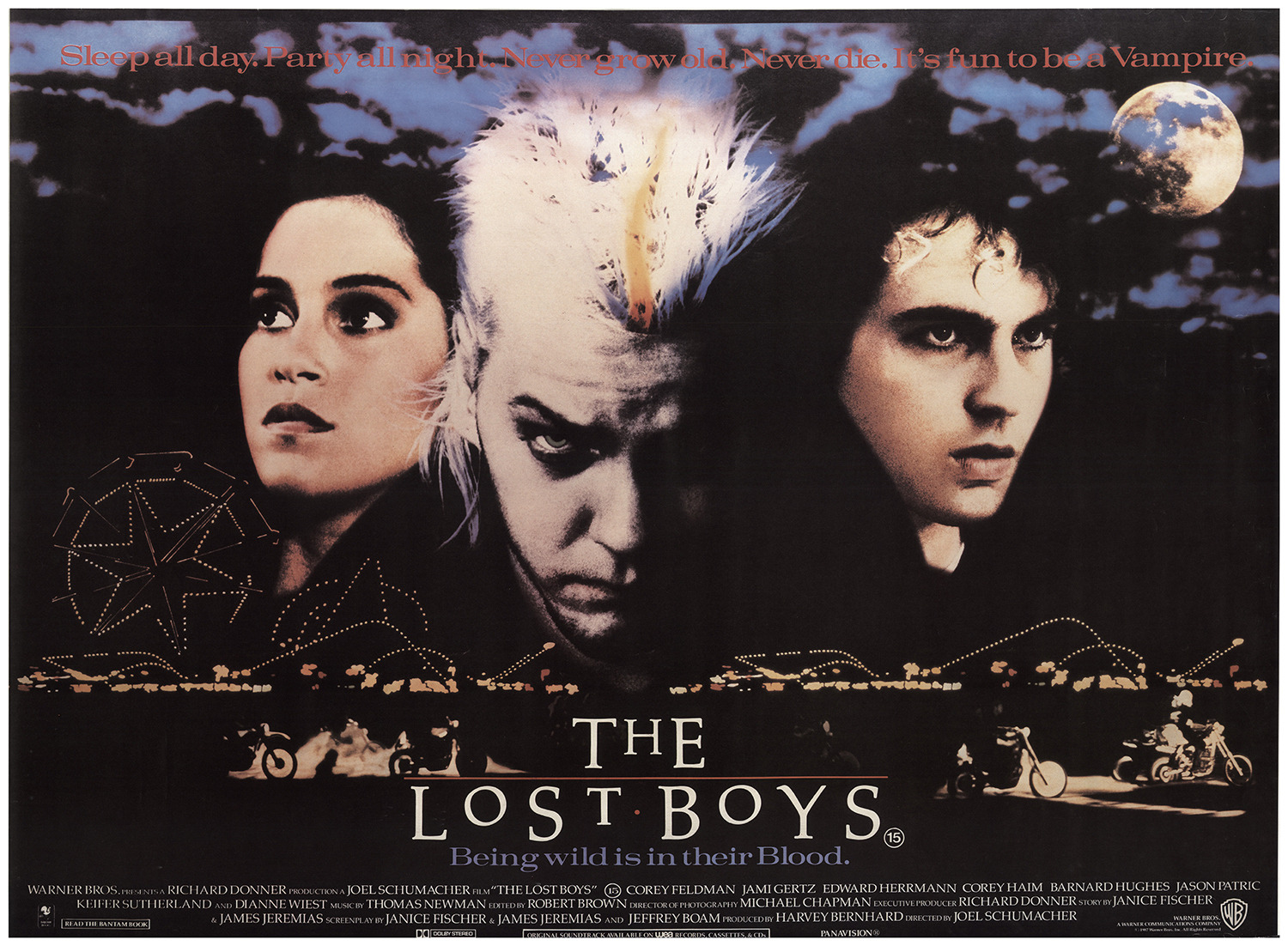 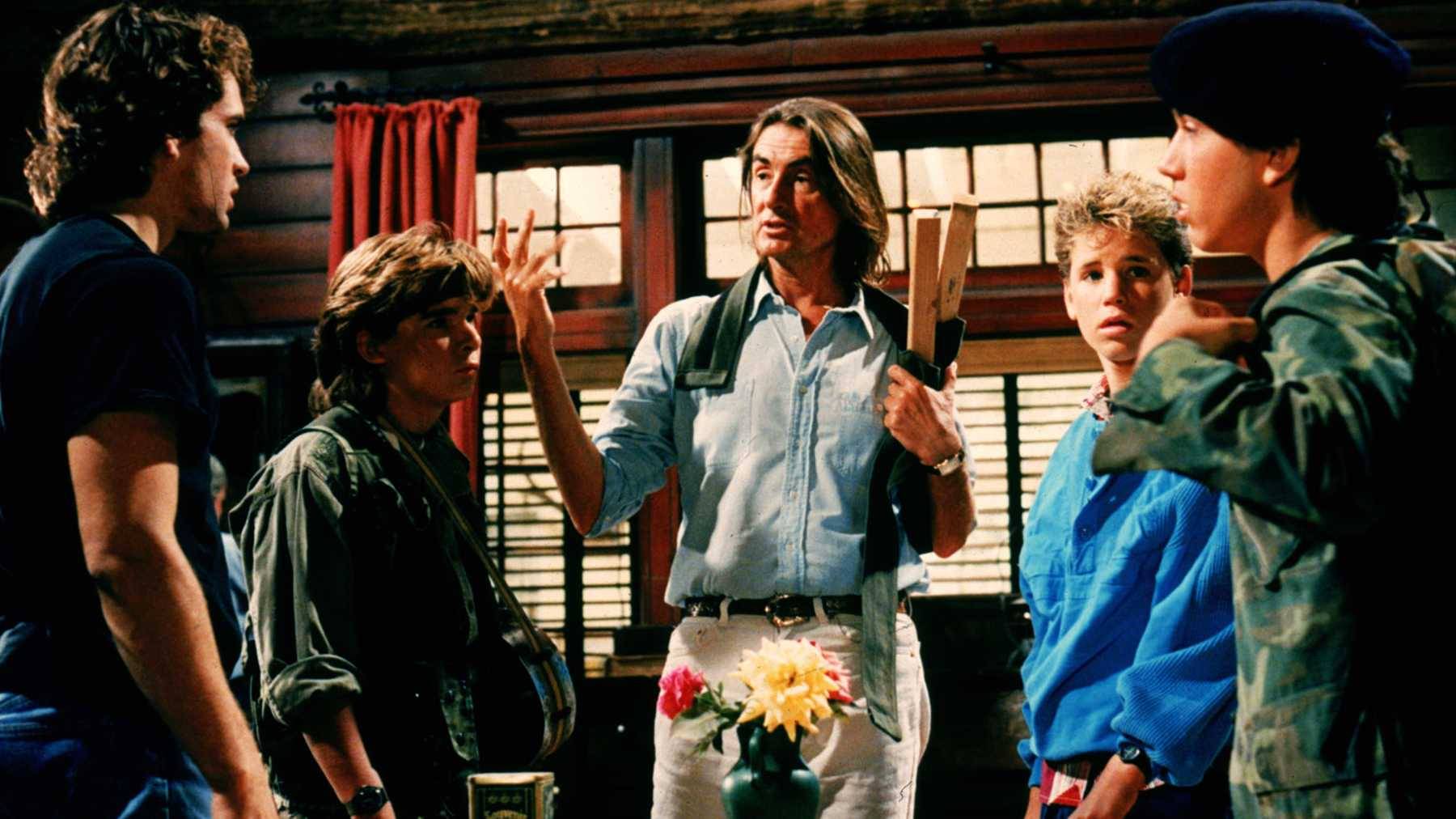 Director Joel Schumacher illustrates what's at stake for the brothers Emerson and Frog. 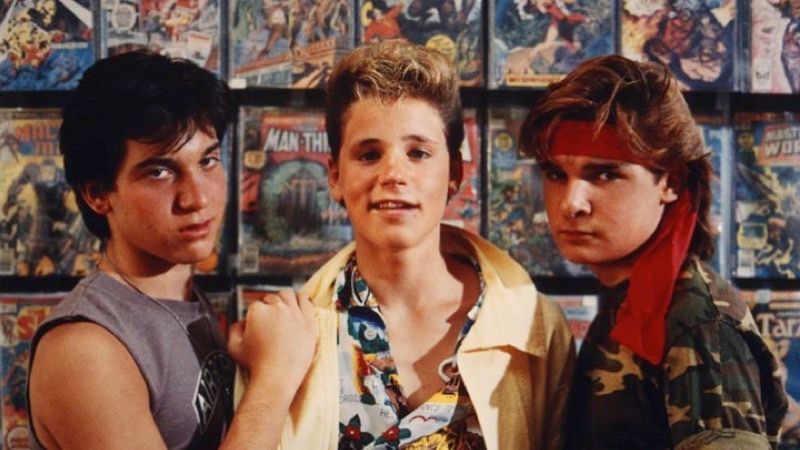 Jason Newlander and the Coreys in front of a wall of Bronze Age comic goodness! 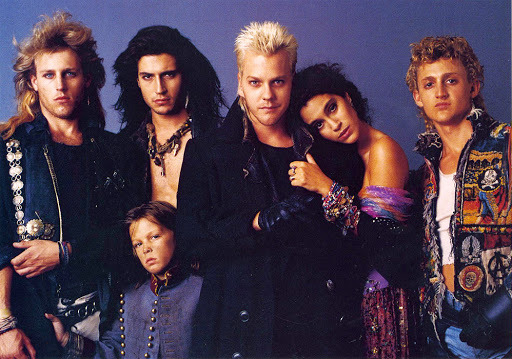 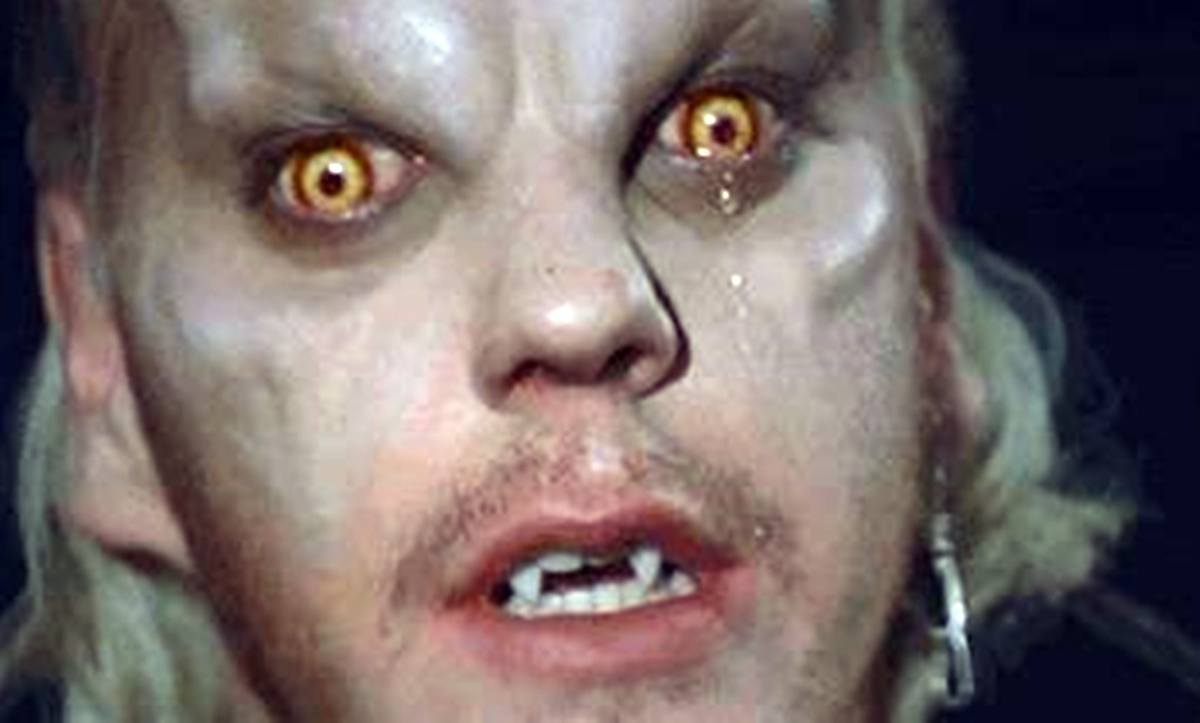 Kiefer's real tears, not from pain of fire...but contact lenses! 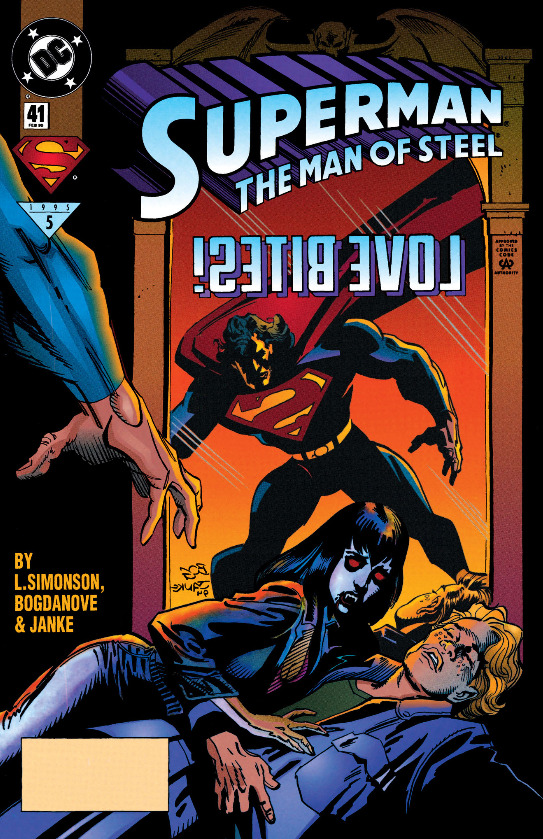 Cover to Superman: The Man of Steel #41 by Jon Bogdanove and Dennis Janke (who is incorrectly credited with interior inks here)

Interior pages from Superman: The Man of Steel #41, written by Louise Simonson with art by Bogdanove and Klaus Janson. 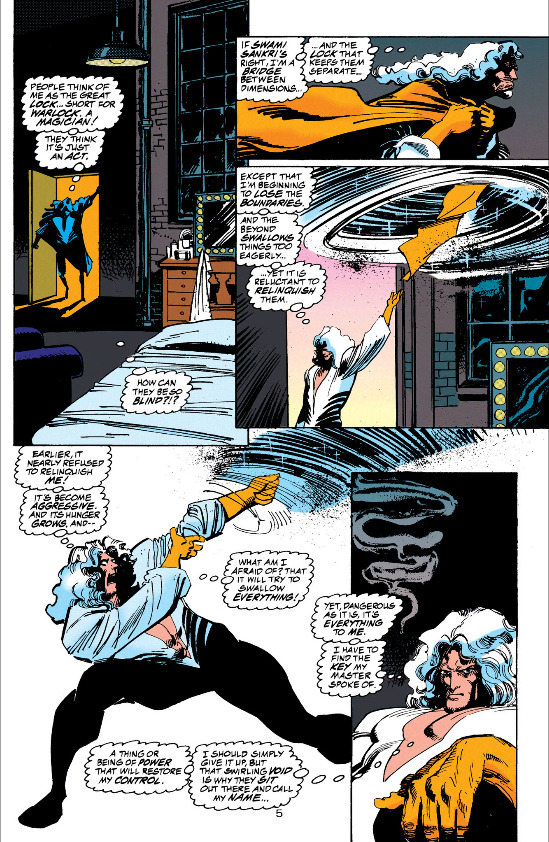 Lock's personal interdimensonal void is a lot like a dryer... it eats up clothes! 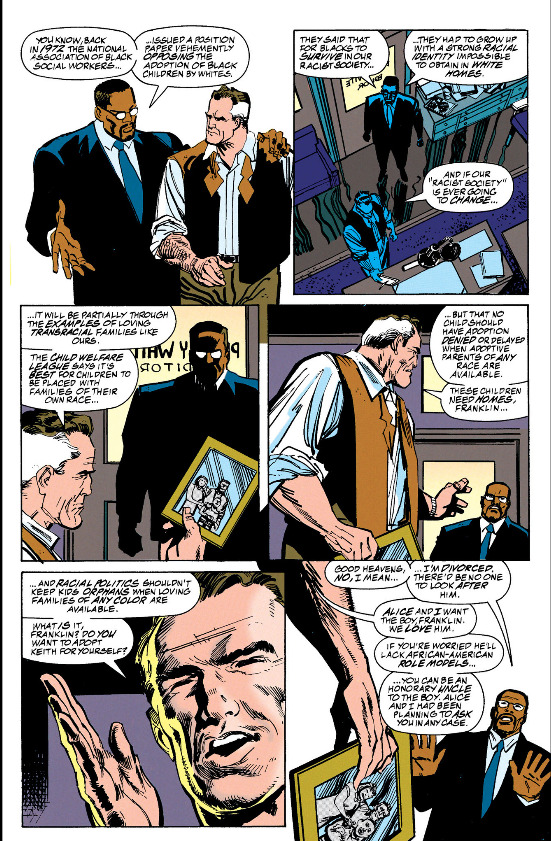 Stern talk from the Daily Planet publisher to Perry White over his adoption of a black boy. 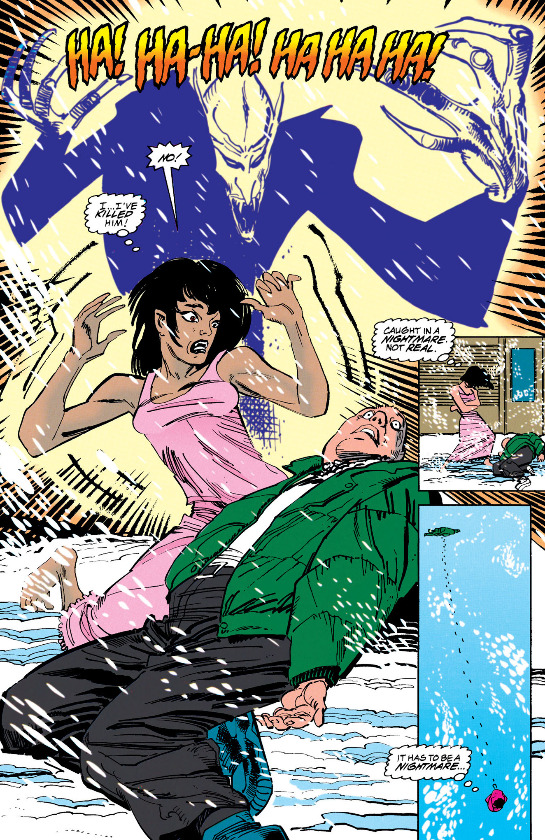 Babe gets her some deli meat...the hard way. 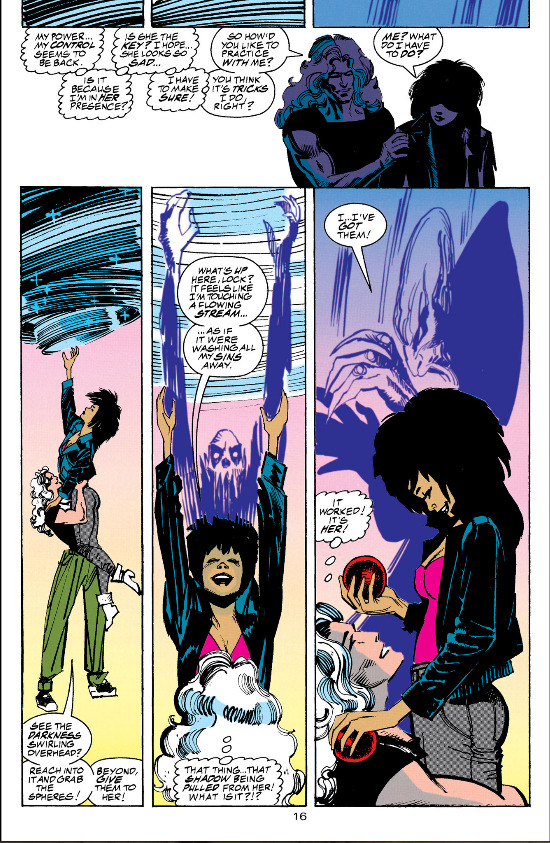 He's a stage magician with his own personal black hole! She's a sassy vampire rock star with attitude! Coming this fall to NBC this fall: Lock and Loath-ed!!! 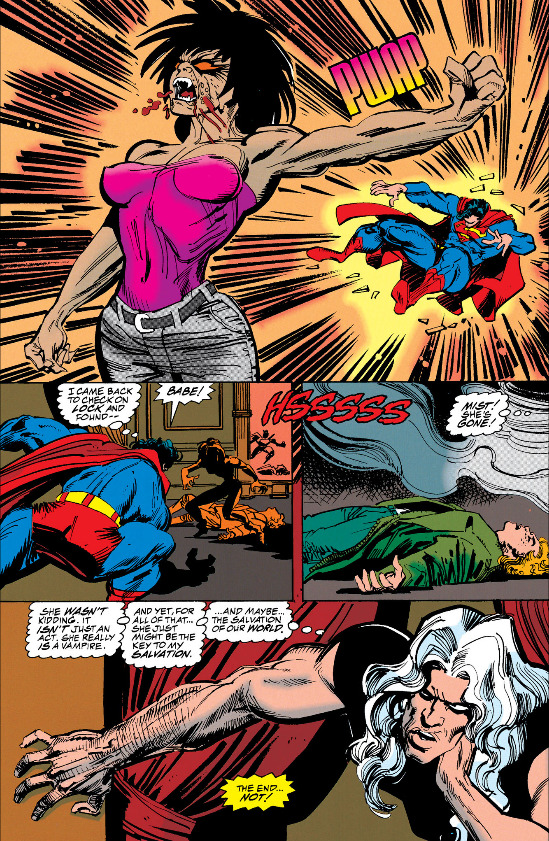 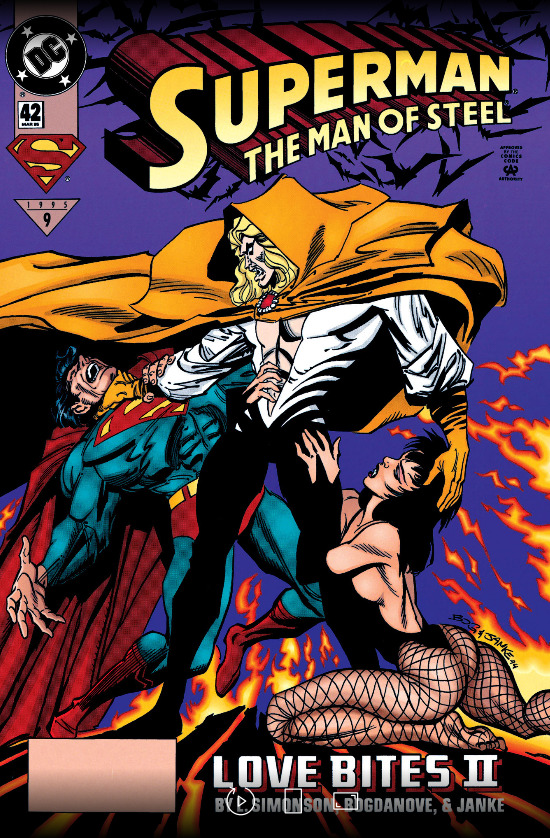 Racy and misleading cover to MOS #42 by Bogs and Janke. 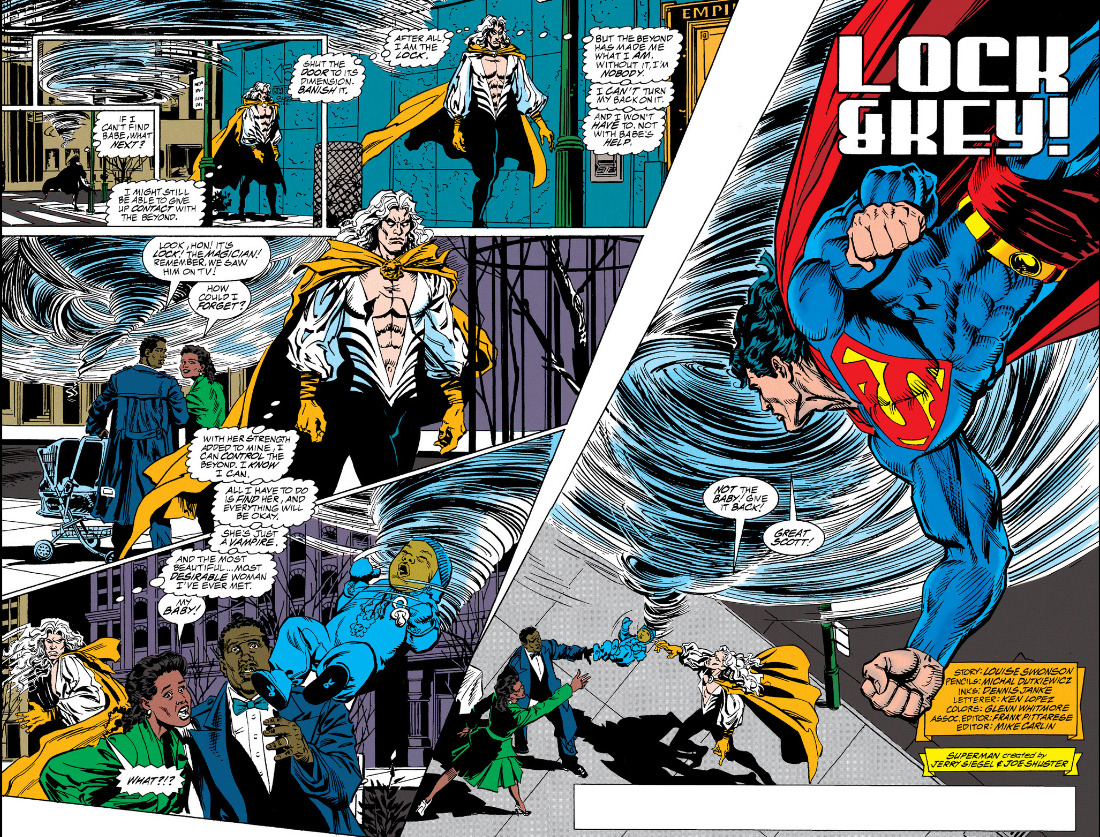 Lock walks around town, while his pet tornado sucks up infants!!! 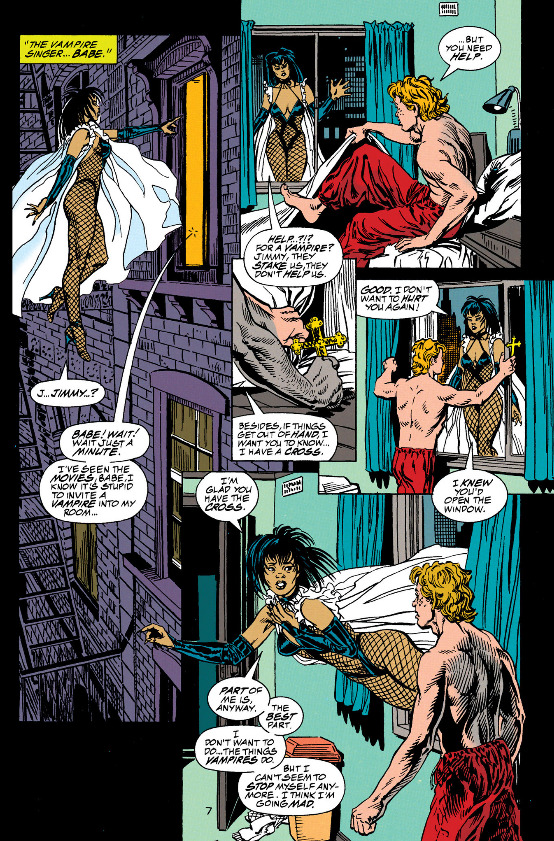 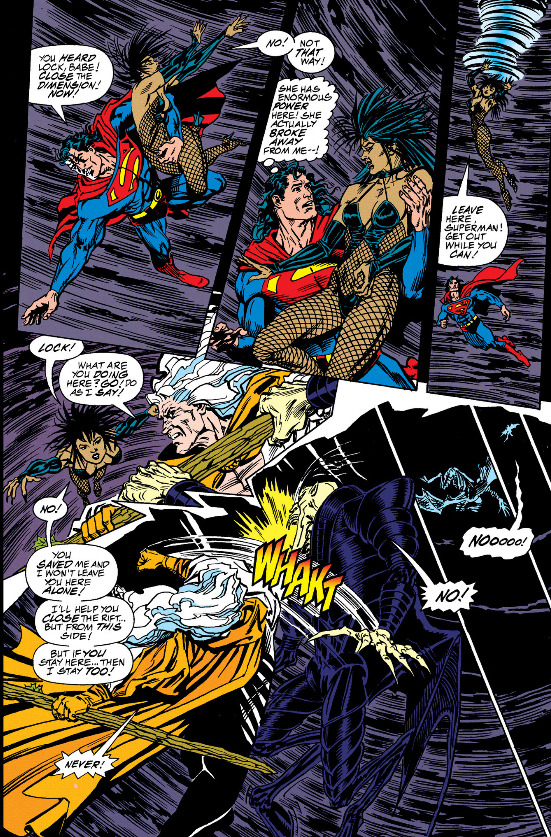 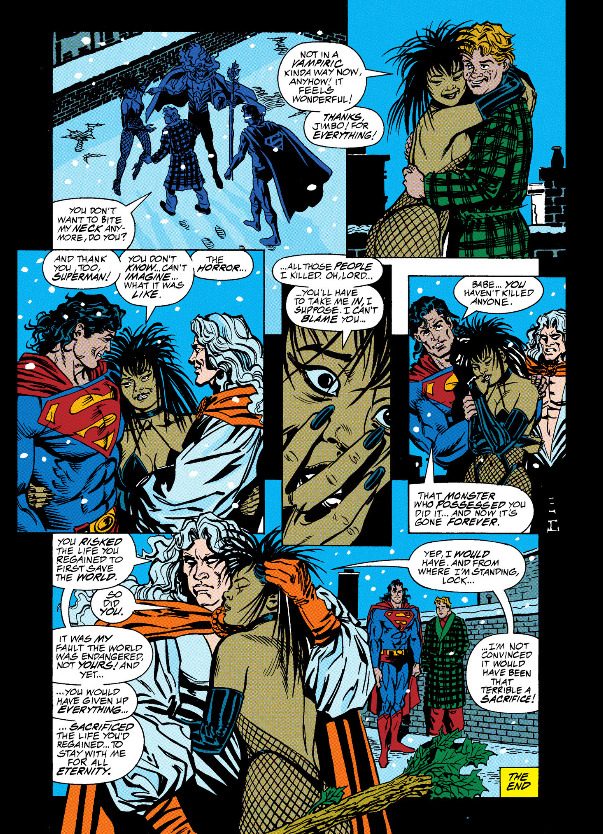 I wonder what Maggie Sawyer would think of Superman hand waving Babe's homicides away?