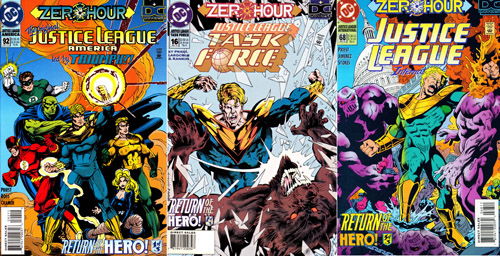 JLA (by Christopher Priest, Luke Ross and sundry inkers) goes back in time to when the JLA was fresh and new! 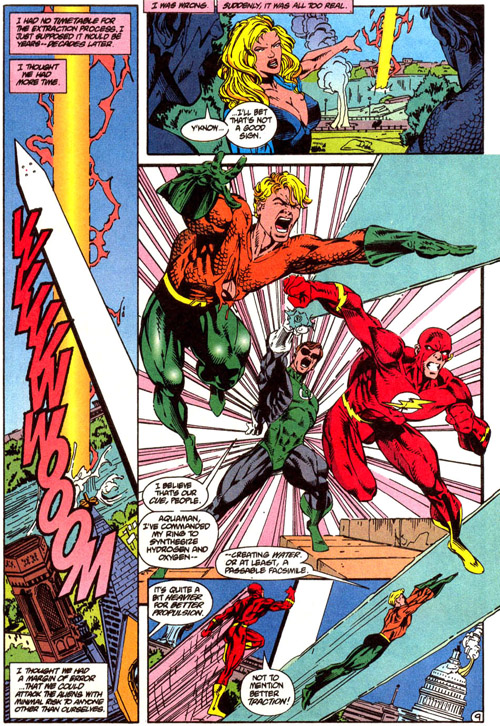 We talk about this page way too much, so here it is. 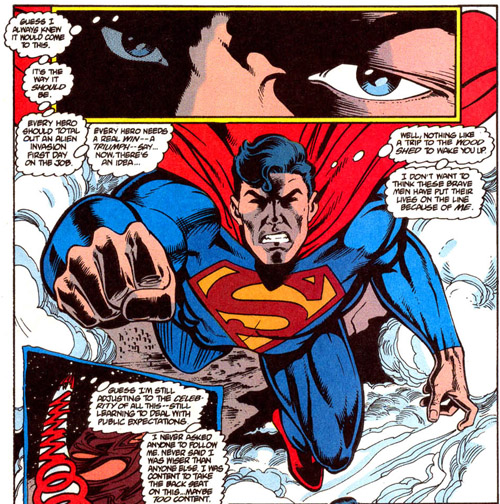 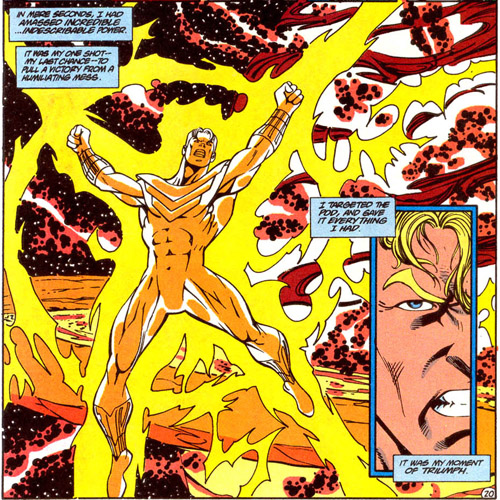 Justice League Task Force (by Priest, Greg Larocque and Rich Rankin) is at its best when it’s doing an echo of Bwa-ha-ha. 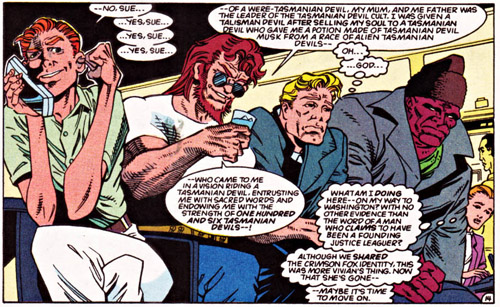 Be careful what words you put in people’s mouths. 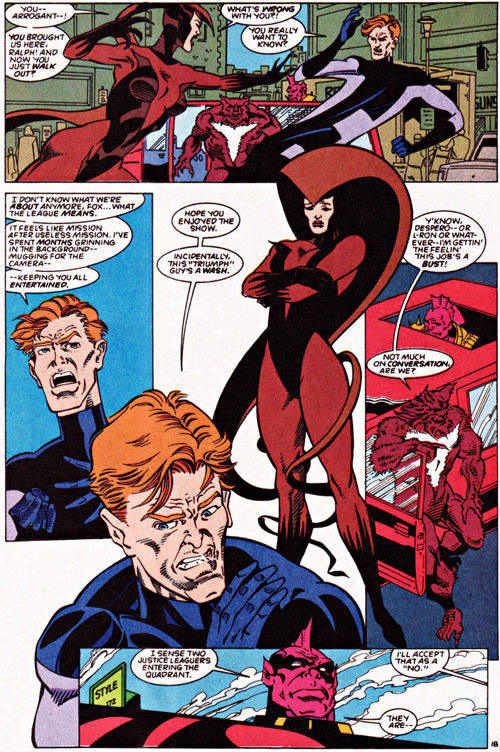 Justice League International (by Priest, Phil Jimenez and John Stokes) finally brings the team together AND the best art in the trilogy. 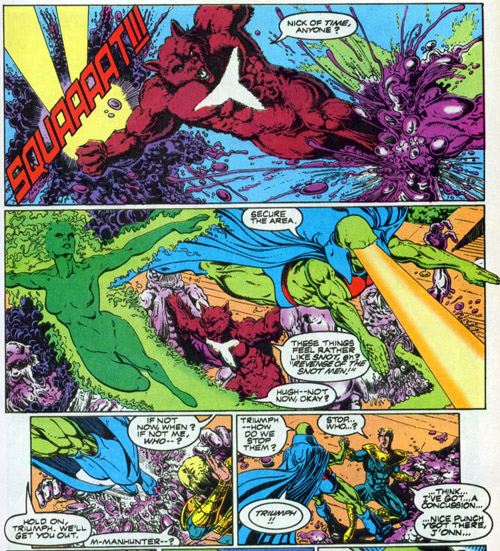 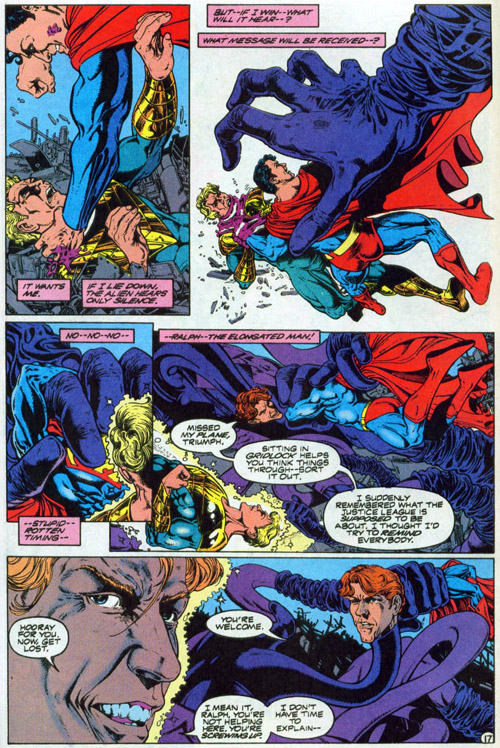 The best white-out page in the whole event. 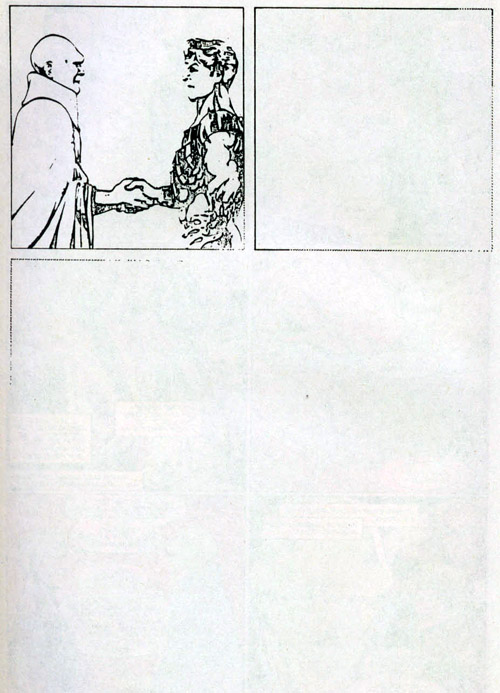 Bonus clips: “U Can’T Touch This” by MC Hammer.