Highlights from Superman: The Man of Steel #37 (by Louise Simonson, Jon Bogdanove and Dennis Janke) and Superboy #8 (by Karl Kesel, Tom Grummett and Doug Hazelwood): 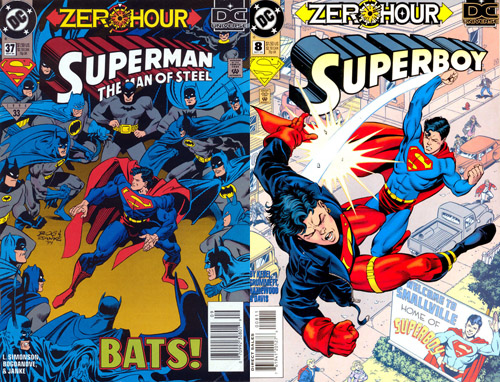 Which Batman is whose? Bogdanove offered a key: 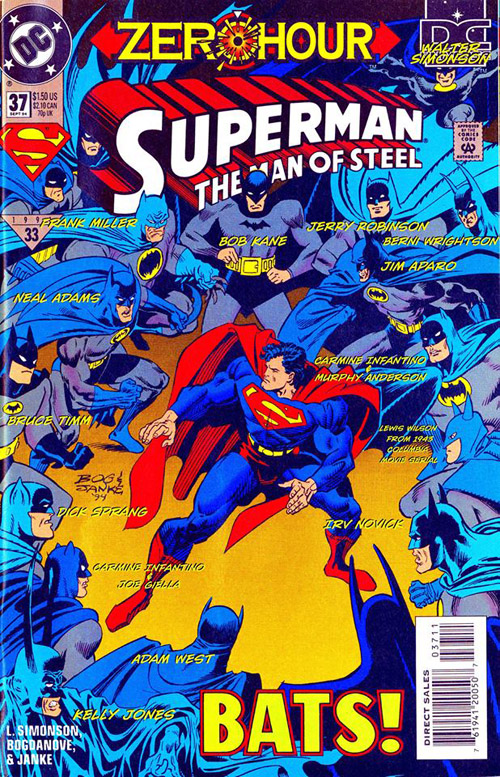 And this is the flip-side made into a Zero Hour poster (you'll have to furnish the artists being mimicked): 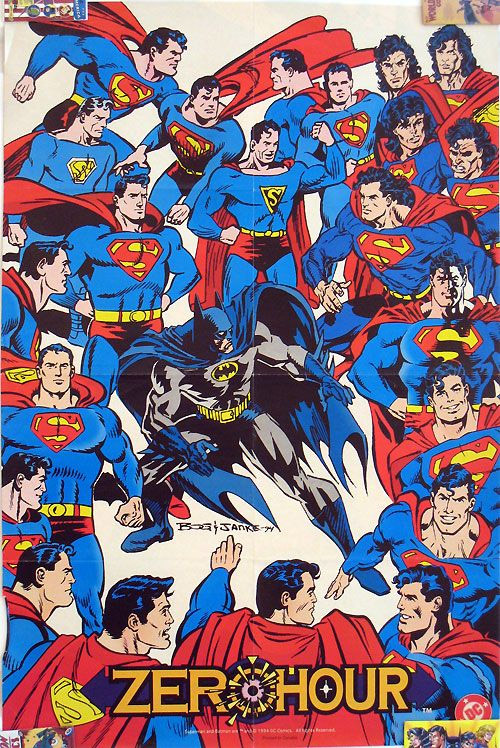 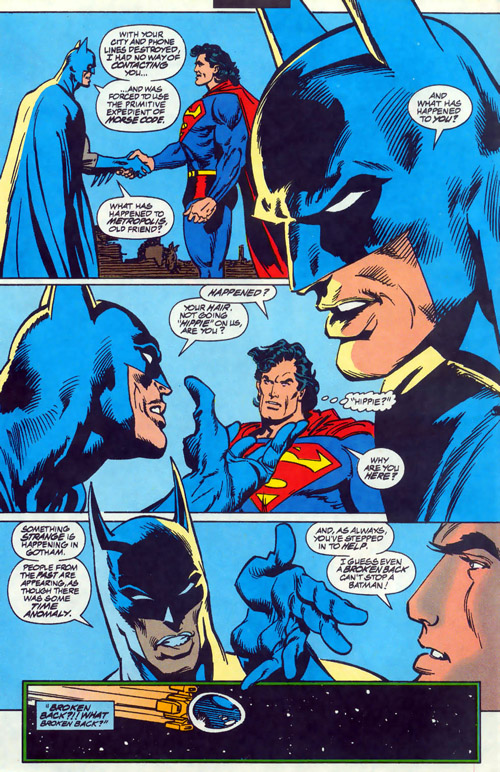 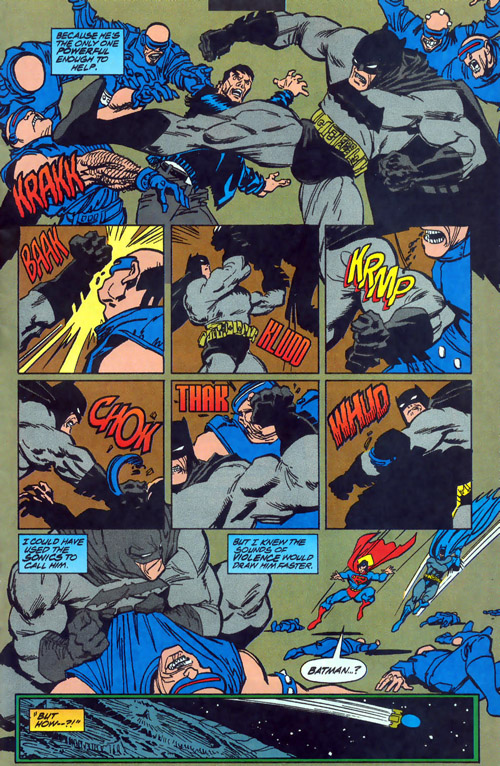 Miller, Kelly Jones, and Bob Kane each liked to hang out on gargoyles 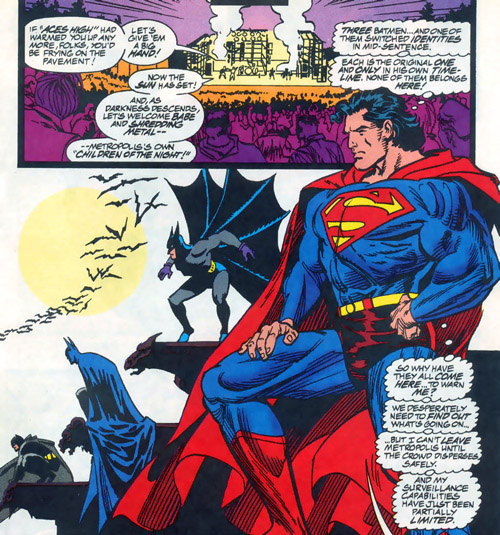 In Superboy #8, Superboys of two worlds: 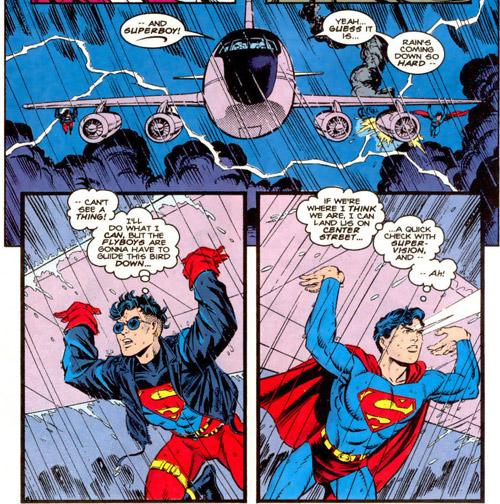 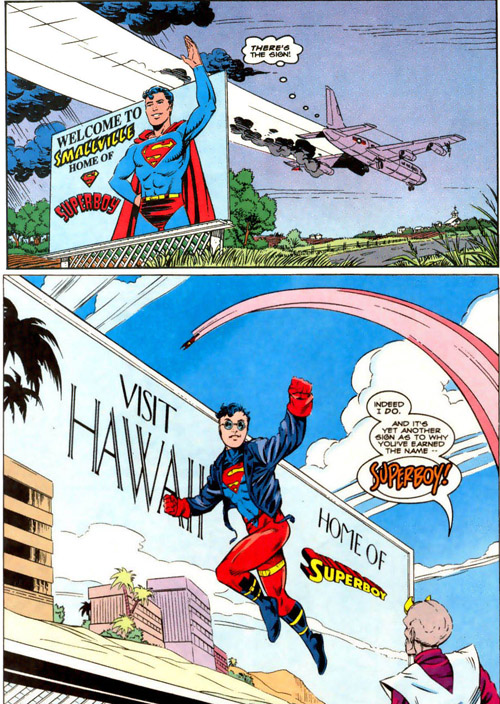 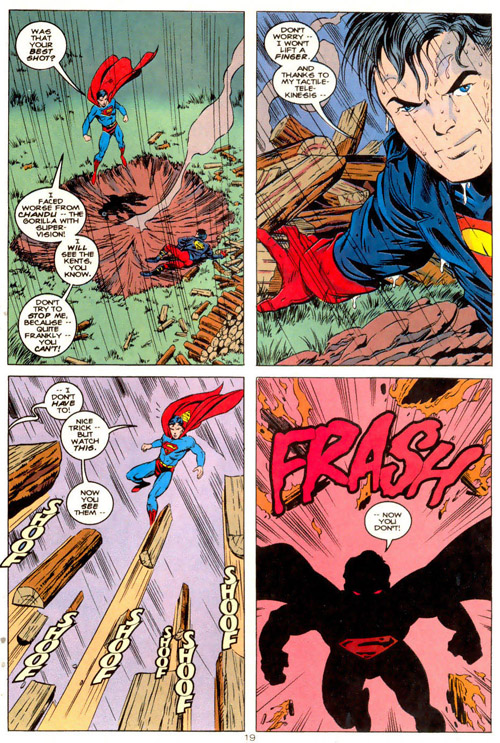 Bonus clips: "U Can'T Touch This" by MC Hammer; "Never Said" by Liz Phair; and "Violet" by Hole.