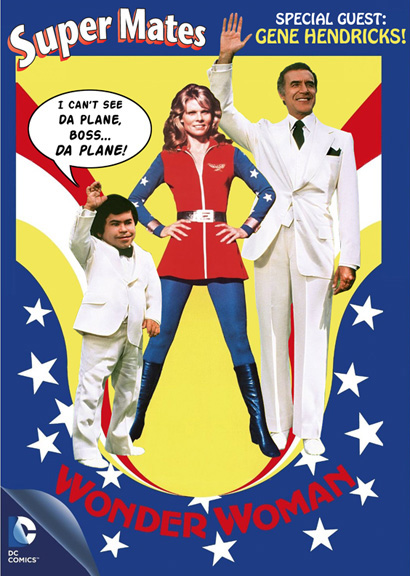 Decked out in much different costume, she matches wits with Ricardo Montalban (in a very familiar costume for Fantasy Island fans), an international thief who has stolen some top-secret code books! It’s got tricked out bracelets, non-visible invisible planes, and some of the worst pick-up lines in cinema history! What did Gene think of it? What did Chris and Cindy think of it? Where’s Tattoo when you need him?

Gene’s fine blog and podcast work can be found here!

Next time: Chris and Cindy jump on the Avengers bandwagon by taking a look at a Marvel Age classic, “To Be An Avenger” from Amazing Spider-Man Annual #3! Plus, they discuss the trailers for Batman V Superman: The Dawn of Justice, Star Wars: The Force Awakens and Ant-Man! All this, plus your feedback!